Our friendly neighbors to the north have been harboring some serious talent recently. While most see cities like Toronto and Montreal as major hubs for flourishing dance music artists, Pat Lok is here to show us exactly what he’s been cooking up in Vancouver.

The Canadian producer has a knack for feel-good house grooves, and his stylish take on the genre takes clear influences from disco, funk and R&B. His tracks are punctuated by bright chord stabs and swung drums, and Pat Lok delivers a silky smooth set of jams to help you coast into the weekend in this latest edition of our Metronome mix series. 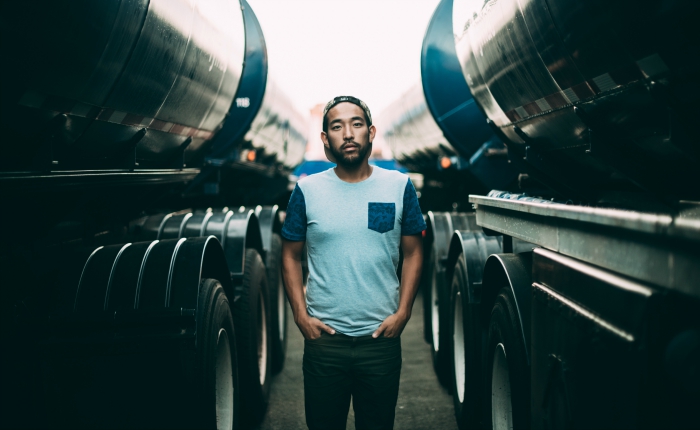 What have you been up to this summer?
Man, it’s been a fantastic summer. I just got back from a run of super fun shows including San Francisco, Washington, D.C., Kansas City, Denver and L.A. It’s so cool to see how crowds in different cities bring it, react to different tunes, and get hyped up. Last week, I played a festival of 40,000 people in Squamish (a mountain town near Vancouver) and caught Drake and Sam Smith for the first time—but more importantly saw Sharon Jones, who is a mind-blowing performer.

Your music has a strong feel-good vibe that bodes well with partying outside. What’s your most memorable outdoor gig?
A couple months ago, I was playing at Splash House in Palm Springs. It was an incredible festival overall with a stellar lineup, but the thing that stood out most was the heat. It got to around 113 degrees during my set, and my computer almost restarted (which happened to a few others), so I was scrambling to sort out all these different hardware issues while DJing. Meanwhile, Manila Killa/Hotel Garuda and Yung Wall Street (shout-out, Moving Castle) were dancing and partying behind me, and all of a sudden they had to help do emergency tech support, moving these big speakers and untangling power cables. Even the CDJs stopped working. I had to borrow Figgy’s headphone adapter. The whole thing was kind of teetering on the edge of chaos, but it all ended up working out. It was such a great time!

What inspirations do you draw from living in Vancouver? Any other homies you work on music with up there?
There’s a ton of homegrown talent in Van right now. I’m inspired by the abundance of producers putting in work here, and whose tunes I also really enjoy. For example, Ekali, Pomo, Nick Wisdom (of Potatohead People), Tails and my homies at Chapel Sound—everyone is kind of just doing their thing. Collab-wise it’s chill, and people are always down to build. There are some up-and-coming artists I’m working with named Dirty Radio and Claire Mortifee. They’re making terrific music on their own, so make sure to check them out.

I also do a monthly party called #WhiteNoiseVan, which I started a year and a half ago with my friend Nathan, aka Wmnstudies. We’ve had a lot of great acts and buddies play, like the Knocks, Goldroom, Moon Boots and Cherokee. It’s pretty much a list of my favorite artists, which helps keep the local scene buzzing and hyped.

Tell us about this mix.
This is the first mixtape I’ve done in about a year(!), so I wanted to represent a variety of music I might play in a DJ set. It starts off pretty mellow—think pre-drinks at your girlfriend’s spot—and then gradually gets you to falling down in the club at 2am. It’s filled with lots of fun vocals, tunes from local artists, some classic stuff, and a bunch of exclusive and unreleased things, too.

What’s on tap for the rest of 2015?
I’ve got a host of original tunes that I’m excited to share, starting this fall. For me, 2015 has been about growth and expanding beyond remixes to collaborate more with other producers and songwriters. For example, learning how to coach a vocalist toward the performance you envision is totally different from working by yourself (and sometimes more challenging), but often more rewarding when you get to a final product. It’s also way more fun than staring at a screen by yourself for 10 hours. Of course, I’m not giving up on remixes, as I’ve got a remix for Autograf up next.

For upcoming shows, I’m headed to sunny Sacramento and then off to NYC to play at Verboten with my pal Zimmer in September, which should be a blast.