Insomniac’s Metronome series features mixes from some of today’s fastest-rising electronic stars, as well as championed legends. It takes listeners deep across a wide range of genres, movements, cultures, producers, artists, and sounds that make up the diverse world of electronic music.

In 2015, GotSome landed on the UK underground club scene with a bottom-heavy brand of house music that’s undeniably fun and funky. Since then, the Bristol-based artist has been moving from strength to strength, releasing a host of choice DJ cuts, including 2016’s slammer “Bump That” and “The Pharaoh” alongside Billy Kenny, as well as an unstoppable ready-for-the-radio edit of Kanye West’s “Fade.”

Most recently, he’s delivered a hot new single, “I Don’t Know,” on Danny Howard’s Nothing Else Matters, and it’s been doing the business in the clubs and on the charts. So, we knew it was a perfect time for him to do a Metronome mix.

“My inspiration on this mix are the big tunes I’m really feeling at the minute,” GotSome told Insomniac. “I’ve been searching out loads for summer festival bangers, as it’s the start of the season.”

Dive into his exclusive mix below—and read on to find out more about this emerging UK talent. 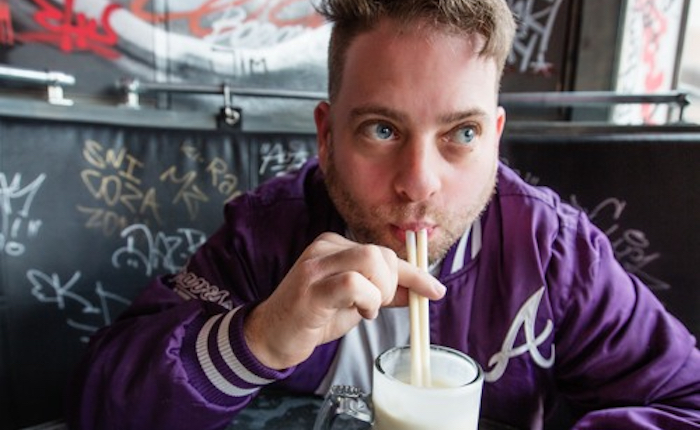 What was it like releasing “I Don’t Know” on Danny Howard’s label?
It’s been great releasing on Nothing Else Matters. Danny’s been a huge help and has been supporting my music for a while now—both in his DJ sets and on his BBC Radio 1 show. It was great when he asked me to come on board and sign something to his label.

At the time, did you know instantly that you had a huge club hit?
You don’t always know instantly that you have a huge club hit. I mean, sometimes you know you have a hit—just from the vibes in the studio on the day, when you write certain hooks and basslines together that just creates something special—and also when you work with certain singers.

Your recent collaboration with Billy Kenny is also doing the rounds. How did you two originally link up, and what drove you two into the studio together?
I’ve been a big fan of Billy’s music for a while now. We’ve got a bunch of mutual friends, and they all kept saying we should meet up, as we’re both a little mad and share the love of massive basslines. Oh, and gin and tonic.

I was in L.A. at the start of the year doing some studio work, so it felt right… The rest is history. I can’t wait to see him again and get drinks.

Favorite pick for a future hit of 2017?
I’m not sure if I can pick a future hit yet, as I’m hearing so much good music at the minute. Check out all the new music coming out on labels like Lobster Boy, This Ain’t Bristol, and Night Bass. I’ll report back to you guys at the end of the year.

Who’s an up-and-coming producer to look out for?
Brighton’s own Josh Brown. I recently played with him in Germany—such a sick DJ, and with releases coming out on Cajmere’s Relief label and This Ain’t Bristol. I’m sure he’s going to blow up over the next few months.

What’s next for you?
Coming up next is my new EP on Mark Knight’s Toolroom’s sister label, Love & Other. The EP is due out at the start of June. The side A is a tune called “Mystifly” that fuses elements of old-school Detroit techno with new UK funky and tribal house. Side B is a true slice of Bristol with a classic hip-hop sample, a massive bassline, and slamming kicks. Check it out!