With the marriage of hip-hop and electronic music now well underway, warping basslines and moody breakbeats are integral to the sexy sound of the moment. And if you like your electronic music on the slow and slippery side, you cannot go wrong by checking out the latest work from Los Angeles-based artist TOKiMONSTA. 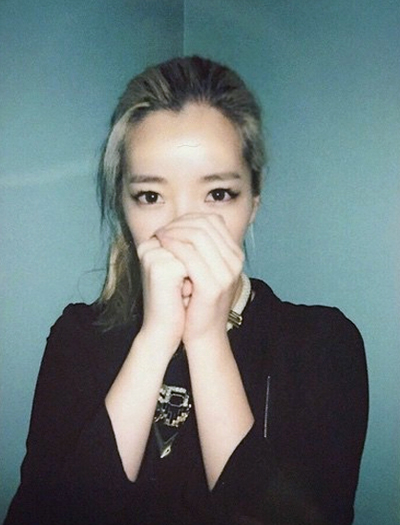 From beginning to end, TOKiMONSTA’s third full-length album, Desiderium, drips with the ghostly essence of longing vocals sliding down the steep cliff of low-end frequency crunches.

At an invite-only preview party recently held for Desiderium at Red Bull Studios in Los Angeles, TOKiMONSTA rocked her new tracks—accompanied by live vocals from the album’s featured singers—for an intimate audience including fans such as fellow producer Skrillex and celebrity chef Roy Choi.

The thing that pops out at you when watching TOKiMONSTA live, is how this young Korean-American woman, whose real name is Jennifer Lee, lays down textures woven with a demure, feminine disposition consistent with her physical body, while dropping crunchy bass that must emanate from somewhere deeper and darker in her soul. Her hard beats often jolt the listener just as they get comfortable in the dreamy ambiance of her music.

I caught up with TOKiMONSTA after her show. Here’s more of what this rising artist has to say about this, that, and some other shit.

With your new album Desiderium done, where are you in your evolution as an artist?
I came to a point where I decided to revisit my early work and how I used to approach music. From there, I decided I wanted my music to have some of that early flair—the music I made for fun and without any pretenses. This album wasn’t made to impress the music snobs or made to play on the radio; it was just the music that was enjoyable for me to make. That being said, I’m still not sure where I am in my evolution, but I am definitely farther along than I was before.

Can you compare where you are as a person today, to what you were like when you broke into music several years back?
I have a more level head on my shoulders now. Before, I was unsure and self-conscious about my work—especially how people would interpret everything. Now I realize that I don’t need to really think about any of that and just keep creating.

What does your taste in music say about your personality? 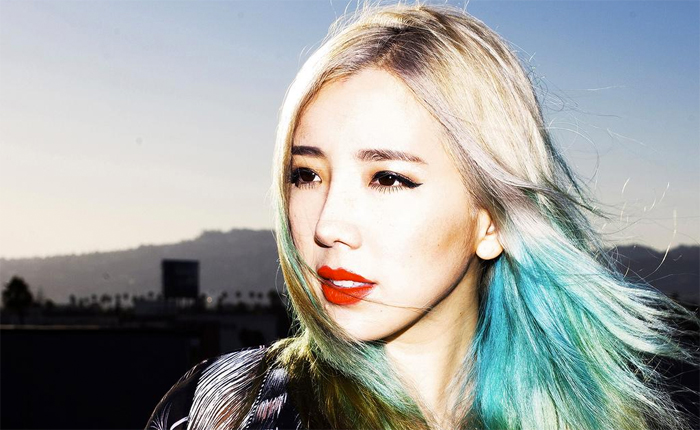 I’m a person with some conflicting personalities. I’m very upbeat but sensitive. I’m kind, but I don’t let anyone walk over me. I like to care for others, but I need a lot of support as well. My music taste reflects all these attributes: hip-hop made me a tough person; the love I needed brought me to soul. People can definitely get to know who I am from my music. My music is incredibly personal, and if people can vibe with it, they can vibe with me.

Why do you think bass tracks, breakbeats and hip-hop influence have taken over in this decade? And how do you feel being a part of the next wave?
I think music tastes have expanded, and more people are open to different styles of music. My love for hip-hop and electronic music helped me create my sound, and others have the same taste in music as me. I don’t know if it’s a new era, but we will see. As far as being a part of the next wave, I didn’t even know I was a part of it. That’s cool.

Do you think the West Coast is the new hub for bass-driven music, and why?
I swear it’s a climate thing—sunny weather, sunny beats. I don’t know if we are the new hub, but we are definitely pushing that sound right now.

Your tracks are like your kids, in the sense that it’s hard to love some over others; but what are your own favorite tracks of yours, and why?
“The World Is Ours.” This song is definitely one of my older works, but I’ll always be proud that I made it. “Dusty Stars” is really personal to me. It’s a recent work that reminded me why I love making music. “Go With It” was my first endeavor where I worked with a pop artist. MNDR brought something really special out of the beat.

How did you break into music, and what would you be doing if you weren’t producing?
I was just making tunes and hung out with other people making tunes. It was a gradual “breaking” in a way. If I wasn’t producing, I would love to write editorials for food publications. Bon Appétit Magazine, give me a call!

Desiderium is out now on Young Art Records.