On Sale Friday 11AM PT

Derek Anderson and Scott Land, also known as L.A. duo Slander, burst onto the scene not even a year ago with their festival trap remix of Showtek’s “We Like to Party” (done in collaboration with NGHTMRE). That remix has since racked up almost 2.5 million plays, solidifying their place as festival trap staples. As if that weren’t enough, they’ve also gone on to coin the phrase “heaven trap,” giving a name to their unique flavor of euphoric, chord-driven trap remixes. We talked with Derek and Scott about their quick rise to success, their love of trance, and what comes next for them.

“Even when we were starting out, playing in a side room with 20 people, we would go super-ham.”

How are you guys?
Scott: I’m still figuring out if the other weekend was real or not.

Oh, that’s right! You guys got pulled to go on the main stage at Nocturnal Wonderland.
Scott: Yeah, my brain exploded, pretty much. We were in our trailer after our set, and they asked if we wanted to play main stage. At first we thought they were trolling us, and then Derek and I looked at each other and thought, “What the hell?” It’s kind of funny, I guess, playing the biggest gig of our lives to date and then, basically an hour later, playing the biggest gig of our lives. (Laughs) 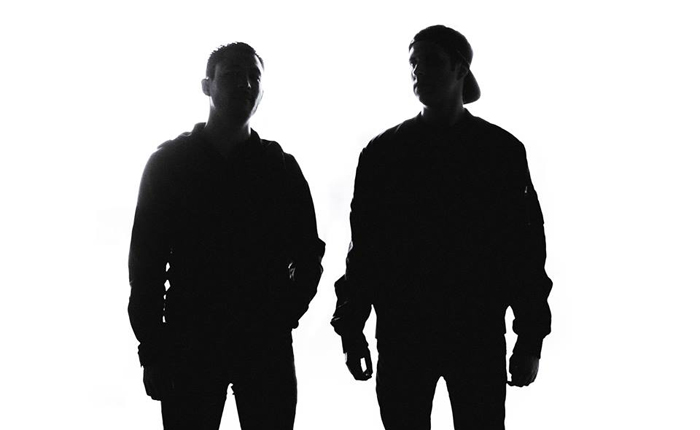 You guys are known for a sound you call “heaven trap.” How did that start?
Derek: We have a really strong connection with the more emotional side of EDM. Even though we do make bangers, we also love trance. Trance DJs have an emotive quality that other DJs don’t even come close to touching. My initial thought is that I wanted to take the emotional connection that Above & Beyond has with their fan base and inject that into ours. I heard the acoustic version of their song “Love Is Not Enough,” and it brought me to tears. I just knew that I had to do something with it to make it playable in our sets. The name “heaven trap” just refers to euphoria, and I was just trying to think of a synonym that everyone could relate to. We always play heaven trap at the end of our sets so we can leave our audience with a warm, fuzzy feeling.

What’s your dynamic in the studio?
Derek: The cool thing about our style of production is we’re DJs first, so I think our arrangements are really DJ-friendly. We both do equal amounts of work and have similar interests. We don’t make a song unless we can play it in our set. That’s just one of the rules we follow. We want to do some projects later where it’s going to be listening music, but at this point we’re only going make songs if they fit in our live sets.

What’s a tip you can give up-and-coming producers?
Derek: I remember at Icon Collective—and even from reading interviews with people like Kill the Noise—a lot of people say if you find the right sample, you don’t have to do anything to it. I know people are torn and skeptical, but sometimes you find the right sound and you can leave it alone. So for me, 90 percent of the work is finding the good shit. The source material is everything. You’re not going to put in a shitty sample and process it until it’s good. You always have to find something that’s good to start with.

“If we can give one person a really good night when they had a shitty week, that’s what makes it worth it to us.”

You put a lot of effort into your live performance. Does it come naturally?
Scott: It’s always something that we’ve done. Even when we were starting out, playing in a side room with 20 people, we would go super-ham. A DJ is a new-school performer, right? I remember when I was younger, I’d go to a metalcore show, and those guys would go nuts onstage, and then the crowd would start moshing. If the band wasn’t going that hard, then a mosh pit would never happen; so in a way, the crowd is looking to you to give them an energy to feed off of. We frequently do crowd interaction techniques and are trying to get everyone’s attention the entire time. We make people clap, and we make people put up their phones, and we play The Lion King song to get people to wave with their arms side-to-side. 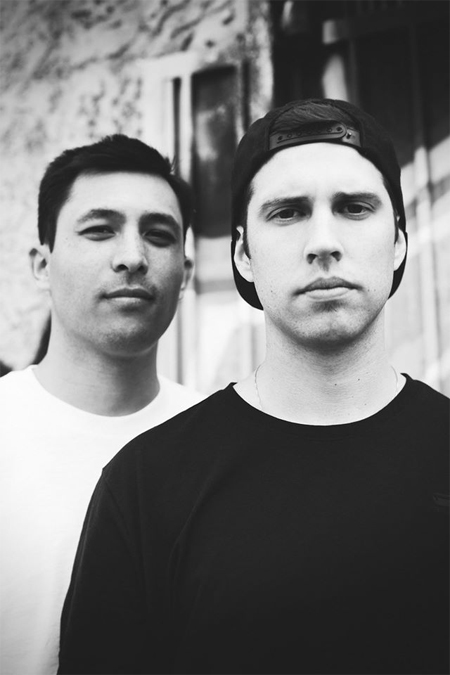 What’s the mark that you want to leave behind? Why do Slander?
Derek: We wanted to make super EDM stuff, and we wanted to have a big main-stage sound. Festival trap really resonated with us, and heaven trap was something that stemmed out of our creativity, but we knew we had to make this certain banger sound. The whole point of the project is so we can travel around and give people a little bit of happiness in this world. It’s a pretty hard place for a lot of people, so if we can give one person a really good night when they had a shitty week, that’s what makes it worth it to us.

A lot of people have talked about negativity increasing within the EDM community—do you see that happening?
Derek: I think the problem is people who write stuff on the internet are the most insecure people around, and we can’t change that. You have to feel sorry for them; the only reason they’re doing it is because they’re reflecting something that they feel inside. It’s sad when a song makes a person feel like that, and that they have to express it that way.
Scott: We’ve had artists who would be considered bigger than us who have hated on heaven trap already. I don’t know why. Maybe it’s insecurities that they have with their own careers or something that they’re doing, but it’s totally unnecessary.

What’s coming up next for you guys?
Derek: We just finished a new official remix for Dimitri Vegas and Like Mike’s “Waves.” After that, we’re releasing our first original, a collab with NGHTMRE called “Ascension.” It’s the most proud of a record that I’ve been. It has a little bit of everything in it—it has the feels and it has the turn up. (Laughs) That’s what we are, and so it’s a perfect example of us.