When it comes to DJ talent, Nocturnal Wonderland 2015 is a convergence of old and new, paying homage to the forbears of dance music while celebrating the next wave of game changers. In this three-part miniseries, we pair two voices together to paint a picture of just how far our culture has come over the past 20 years, and how much further it has to go.

DJs used to be able to take listeners on a long journey. Are those days over?
Nicole Moudaber: When you play a festival, you’re there for an hour and a half, and you just have to play all your big records in a very short period of time. But in the States, I do 10–12 hours in places like Space Miami, Output New York, Stereo Montreal. Doing a long set, for me personally, I perform better. Coming in and whacking things because you need to finish it throws me off a little bit. When you do a long set, you tend to warm yourself, build the deeper stuff, and build the story from there. And I think in the States, all these noisy EDM DJs, they can’t play more than an hour, really.
Sasha: Most of their sets are premeditated, prerecorded even. It’s a different thing with those mainstages, almost like a pop performance. I think the difference is that back in the early ‘90s, most of the underground DJs you hear of now were playing those stages. Now that breed of EDM pop star has come along, but they belong on those mainstages; I definitely don’t belong on that mainstage anymore. 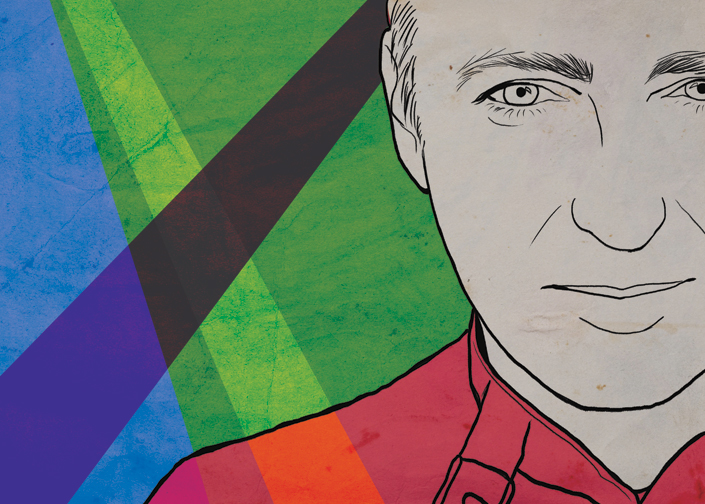 Are artist albums important to you both? Do you see value in that extended format, or are we too deep in a single- and EP-driven market?
Sasha: I struggle all the time with that concept, whether albums are relevant anymore. But I think it’s still an important thing to do. You see some guys spending a year, two years on an album, and it goes out, and maybe it’s on the wrong label or misses the point musically, and the album sinks without a trace. And I feel so sorry for those people, because I know how much work goes into that. But for myself, I feel like I have to do it. I still think there’s room for it if people are committed.
Nicole Moudaber: Making an album is important for me, because it’s a form of expressing yourself in a lot of different ways. It’s very personal, and you become very self-critical, and it takes a long time to get it right. It’s a long process, and you’re never fully satisfied with what you do. I think that market for having to make records is gone at the moment.

Do you remember your first rave?
Nicole Moudaber: I remember my experience was about 1999 in New York, where [Danny] Tenaglia was playing. It was the first time I ever heard this kind of music. It was very tribally, very drummy, very groove-based; I’m half African, so anything that involves drums and percussion, it just hits home for me. I discovered the artist in me. It was a revelation. After that, I went to every single club around the world, and I haven’t stopped since.
Sasha: For me, it was being in Manchester in 1988 and going to the Hacienda. It was the birth of acid house in the UK, and I remember going there a couple of times on a Friday night when the early Chicago house music would come out, and people were still kind of dressed up quite well. They would have these dance-offs—it was full-on acid house, lasers, smoke machines, strobes, smiley faces—and the room was just going bonkers.

Where is dance music going next?
Nicole Moudaber: The kids are growing up. It’ll always be there for the 15–21 age, and then after that, they’ll shift to a different spectrum of music. But our music is blowing up in a massive way, and I only see it getting bigger.
Sasha: People have been talking to me about the death of EDM since it started, really. As long as pop stars are taking over the DJ booth, I can’t see it going away. Mainstages drive the festivals, and people are seeing huge acts by the thousands. I think the positive thing about festivals now is that they’re all supporting underground stages. They haven’t completely distanced themselves from where it came from.
Nicole Moudaber: They can’t. The EDM sound is really pop dance at the end of the day. Rihanna, Lady Gaga and Madonna are using all these sound elements in their records. You really can’t compare it to what we do. We started 20 years ago, and it’s always going to be around.