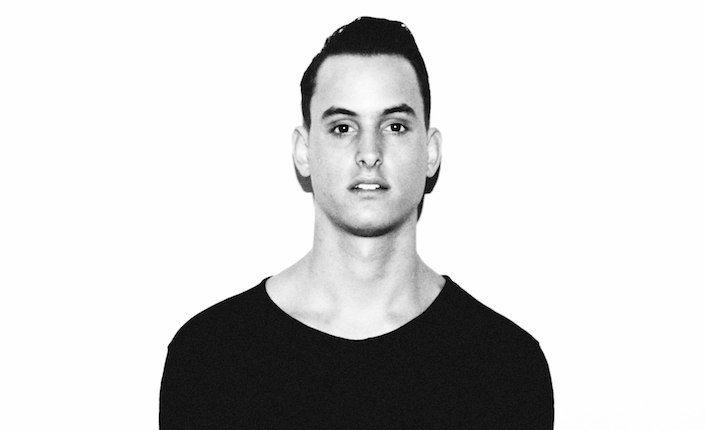 Why he’s booming: We imagine the future MAKJ Hollywood biopic pitch will go something like this: A 15-year-old American expat living and working in China as a professional racecar driver falls in love with DJ/EDM culture, becomes a rising producer, tours the world, plays festival main stages, wins life. MAKJ’s life already reads like a script, which makes sense given his movie-star looks, and dude’s only 24 years old. It seems his career was destined for greatness early on, thanks to one-on-one DJ and scratching sessions with the late DJ AM. Every succeeding remix, edit, bootleg, and original track kept opening more and more doors, resulting in three Beatport Top 10 hits in 2013 and landing him massive collaborations with Hardwell on “Countdown,” “Let’s Get F*cked Up” with Lil Jon, and the inescapable Bassjackers co-op “DERP.” He’s since played virtually every major festival on the EDM circuit, headlined tours, and even hosts a weekly radio show on Clear Channel’s Evolution channel. MAKJ no doubt lives the dream every bedroom producer strives to attain, and he’s a living testament of the wide-spanning lengths the next class of rising artists can reach.

Take a spin: Landing a collaboration with #1 DJ Hardwell is an aspiration for any active producer grinding it out today. For MAKJ to lock that feat so early in his career forecasts his bright future. The progressive house track is built with all the elements of an EDM festival anthem: layers of stacked synths; blaringly rich, airhorn-like madness; and an actual countdown that further intensifies the build-and-drop knockout combo. Almost a year old, “Countdown” still thumps with the best of ‘em. It’s a small taste of what MAKJ can deliver once he reaches his full potential. 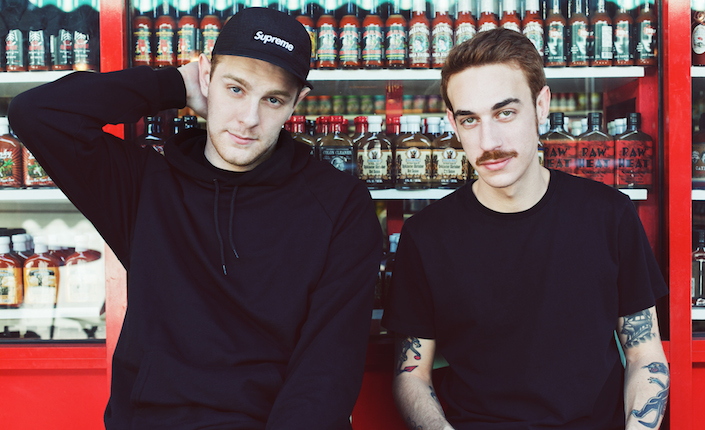 Why they’re booming: LOUDPVCK brings the bass that front-row headbangers love. The duo instantly rose to fame after banking major remixes for NERVO’s “Hold On” and “Jump Ya Body” from Kill the Noise, along with their festival smash remix of the Carnage and Tony Junior collaboration “Michael Jordan.” The buzz surrounding LOUDPVCK (Kenny Beats and Ryan Marks) hasn’t stopped since they formed in 2009 at the Berklee College of Music in Boston, graduating from bass unknowns to trap lords in no time. Now the duo count EDM megastars Skrillex, A-Trak, Dillon Francis, Zeds Dead, Diplo, Flosstradamus, and many others as supporters, personal friends and potential collaborators. Expect big and heavy things from these dudes.

Take a spin: If two trap lords weren’t enough, LOUDPVCK join fellow bassheads GLADIATOR to form the ultimate supergroup GLADPVCK. Featuring contorted vocals from rapper Nipsey Hussle, their newest track “Tony” builds enough drama to make even Flosstradamus shake in their boots. While this is a collaborative effort, LOUDPVCK’s DNA is instilled strongly on “Tony,” with a thick stamp of approval from trap fanatics. It’s reason alone why LOUDPVCK stand tall as the emerging leaders of the new trap wave, with “Tony” as their battle cry. 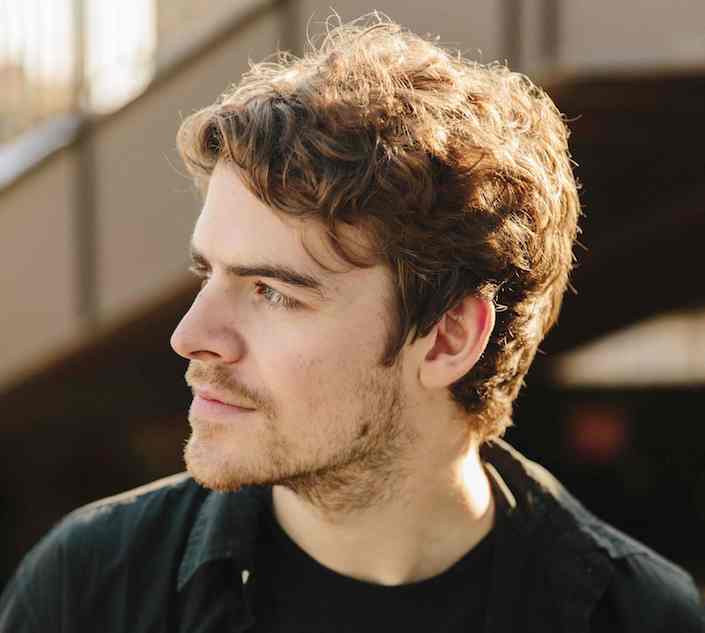 Why he’s booming: You can try to hem him into a particular genre, but Ryan Hemsworth is cut from a different cloth. We’d actually go one further and say that he’s made up of myriad materials, which makes his sample-heavy sound almost impossible to categorize. He walked away from a background in journalism to instead write worthwhile tunes inspired by hip-hop, guitar, video game soundscapes and Japanese pop culture. His use of sporadic snippets of screwy vocals and periodic pauses accent his eccentric and emotional rhythms.

Take a spin: On “Cream Soda,” with Tomggg, Hemsworth gives us a swig of some soda pop swag with a fizz that feels like an anime theme song. 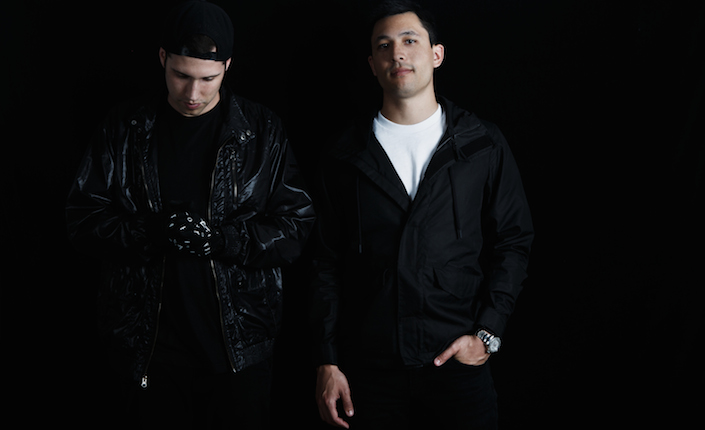 Why they’re booming: Not much is known about Los Angeles duo Slander, which means their music has to do all the talking. Luckily for them, their festival trap brand resonates louder than all the words in Webster’s dictionary combined. Their rapid rise is a result of their growing body of remixes and edits, spanning widely from Showtek (“We Like to Party” with NGHTMRE) and Ummet Ozcan (“Raise Your Hands”) all the way to Gorgon City (“Here for You”). Despite their young career and budding discography, Slander—Derek Andersen and Scott Land—have helped popularize a new genre: heaven trap, distinguished by supernal vocals over a majestic take on trap. As heaven trap becomes a thing—and it will—Slander will continue to ride, and easily surpass, the trap movement as a whole.

Take a spin: Slander recently remixed Arty’s “Up All Night,” taking the voice-heavy, powerhouse track from the big room to the pearly gates of the aforementioned heaven trap. Its stabbing hi-hats and classy finger-snaps almost make it jazzy, but that’s abandoned following its massive build and pile-driver vocal drop. 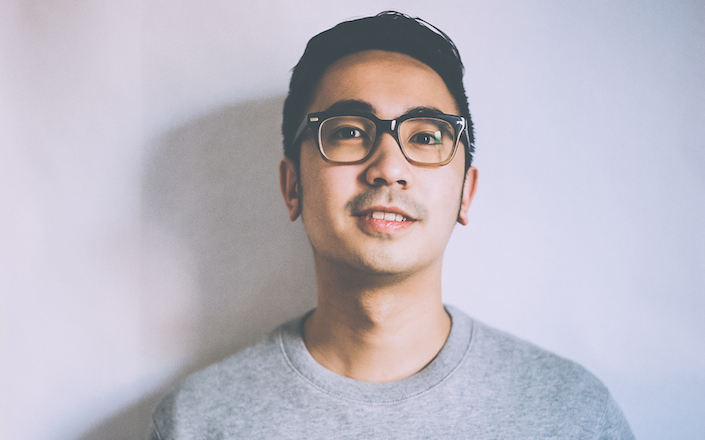 Why he’s booming: The next big baby boom will come at the hands of Antonio Cuna, otherwise known as Sweater Beats. The Maryland-born, Brooklyn-based producer is a rock band member turned rock-the-boat beat-maker known for his amatory, aphrodisiac arrangements. It’s futuristic R&B peppered with trap elements that is less about getting turnt up than it is about getting you turned on. We first fell in love with his bumpin’ bedroom music last year when Symbols Recordings dropped his debut EP, That Feel. The booty-shaking and lovemaking is set to continue this fall with the release of his Cloud City EP via Huh What & Where Records.