Get gear. Make tunes. Send demos. Book gigs. Do interviews. Tour the world. Overnight success sounds easy, but ask anyone accused of it, and they’ll tell you, “No, it’s not.”

For 23-year-old Dutch rising star Sam Feldt, who was turned on to house at age 11 by Robin S’ ‘90s smash “Show Me Love” and landed on DJ Mag’s Top 100 poll in 2016, there was definitely a struggle. Starting out playing big-room house, he experienced rejection almost daily. Nobody would book him, and his demos received no feedback. Realizing he needed to try something new, Sam switched to deep tropical house, and in 2015, he finally caught the attention of veteran imprint Spinnin’ Records with his melodic cover of “Show Me Love,” which hit #4 on the UK Singles chart.

“Drive You Home” kept the momentum going, and in 2016, his summer anthem “Summer on You” kicked things into overdrive. Remixes followed for giants like Sander Van Doorn, along with debuts at Ultra Miami and Coachella, raising his profile internationally. These days, Sam’s social media is a seemingly endless stream of him playing and partying in places as far-flung as South Africa and Mexico, promoting his Heartfeldt podcast and edits, and teasing new tunes. If past is truly prologue, Sam is in for a busy 2017.

Before things get too hectic, Insomniac caught up with Sam for our latest Metronome mix and fired a few questions his way. 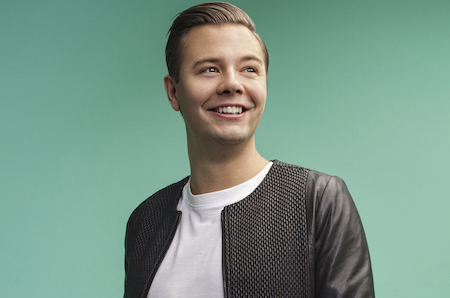 How did you select the tracks for this mix?
Basically, what I tried to do is showcase some of my latest, more unknown releases and combine that with new talent that I want to push into the spotlight.

How did you create the mix? What gear and software did you use?
All my mixtapes are made with Ableton.

What attracted you to tropical house?
When I started making this type of music, there was no such thing as tropical house. I was just making music that I enjoyed listening to myself. Only months later, when Thomas Jack and I met in Amsterdam, the term “tropical house” was created.

What’s it like being a tropical house artist in an EDM world, where harder beats and drops are dominant?
It’s a pretty cool position to be in. You’re different, and that makes your DJ sets and releases instantly more interesting. Sometimes, it’s hard when you get programmed in between two big-room artists on a mainstage, but it’s also a cool challenge to keep that energy going while still playing your own sound and style.

You just started in 2013. In 2016, you made the DJ Mag Top 100 at 87, had your Ultra Miami debut, and played Coachella, in addition to Ibiza residencies and festivals all over the world. What are some of the best/worst parts of such a rapid rise?
I would say the best part of it is being able to finally do what I’ve dreamt about all my life. Ever since I was 11 years old, I wanted to become a DJ, so then finally seeing it happen is amazing. The worst part must be the adaptation to a completely different life that involves lots and lots of traveling and minimum sleep.

Do you have any advice for up-and-comers?
Listen to your body. If you’re tired, sleep. If you’re hungry, eat. Don’t try to stick to schedules that other people might think are normal, because your life isn’t.

You’ve been teasing about a new track. What can you tell us about it?
It’s a really cool collaboration with Hook ‘N Sling… We’ve been working on it for a long time, so I’m really excited to finally be able to show it to you guys. In my opinion, it’s the perfect radio track for spring, so I’m really curious to see the response. After the single, there’s an EP coming up with around eight brand-new Sam Feldt tracks. Pretty cool stuff, but no fixed release date yet, unfortunately!

What’s in store for the Sam Feldt LIVE band this year?
A lot more shows and an expansion of the band. We are now in the process of involving a violin player, in addition to the trumpet and sax player(s) we already have on tour. It’s all about bringing that new energy onstage.

What are some of the differences in the creative process and satisfaction between performing with a live band featuring sax and trumpets, versus DJing and producing dance tracks?
From the first track I produced, I have used live elements and organic (recorded) instruments a lot. It just makes sense to involve them when playing a live show, and you definitely see the crowd reacting to it extremely well.

In addition to “Show Me Love,” you did a remix of La Bouche’s “Be My Lover,” another big ‘90s house track. You also include a remix of Nightcrawlers’ “Keep Pushin” on this mix. What appeals to you about that track? What is it about that period that still appeals to people—as opposed to, say, earlier stuff from the late ‘80s or more recent stuff from the 2000s?
The ‘90s were the time I grew up in and was exposed to a lot of different music from a very young age. The radio was always on in my parents’ house, and I listened to a lot of music from that time. I guess you could call it nostalgia.

You mentioned you were with your dad when you first heard “Show Me Love.” Even though he called it drum & bass and you later figure out it was house, he still seems like a pretty cool guy. What’s he listening to lately?
A lot of folky stuff right now. We often share new Spotify finds when he comes over for dinner.

What does he think about your music career?
I think, since he pursued a career in music himself, he is very proud of my accomplishments so far. He gets involved musically too, which is cool, because you get a completely different perspective from a musician that isn’t dance-focused.

Now that you have more success and freedom to play what you want, are you interested at all in playing big-room house again?
Not the big room/EDM sound, but I’m definitely experimenting with more high-energy tracks in my sets. The point is to keep it diverse and interesting, I think. Mix it up, make people dance; not just play the loudest drops and scream “Are you ready to jump” every two minutes.

Will you be doing more rock/pop/mainstream remixes in the near future?
Why not! I just remixed Sean Paul, for example. As long as I believe I can add something to the track by remixing it, and I like the end result, I’m happy to release it.

What makes tropical house and pop music a good match?
They are both song-oriented and mostly feel-good genres. EDM is more oriented around the drop and the loudness of a track, whereas tropical house focuses more on the melodic and vocal parts.

You’ve shared your mobile number on Facebook and added people to your guest list via Twitter. Do you think, as you become more successful, you’ll still be that accessible?
Yes, and I actively work on that, as well. I even started a completely new business called Fangage.me to enable other artists to do the same. I recently launched my portal, Heartfeldt.me, to provide a new way for fans to connect with me (personally) and access exclusive content.

Have you ever received any weird calls or messages as a result?
Of course, but they are also in my demo dropbox every day. 😉 Nothing new under the sun.

You’ve been playing around the world a lot and sharing pix from you travels on your social channels. What has been your favorite trip, personally and professionally?
I just did a three-week trip to South Africa with my girlfriend, and that was amazing. Drinking good wine, going on safaris and exploring the beautiful nature of the country—I loved it. Professionally, one of my favorite cities is San Francisco—such a cool vibe and a really big music culture.

Just for fun: What’s your cat’s name, and what can you tell us about it?
His name is Simba, and we just got him half a year ago. He has his own Instagram account, blue_simba, where you can follow his adventures.