Making a splash is one thing, but what Ryan Blyth has done to breach the big league should be considered nothing less than a full-blown cannonball. The North England native may have had his foot in the door from his work as a promoter and residencies held at esteemed places like Sankeys, but it wasn’t until tastemaker Danny Howard called dibs on his hit “Trust Me” that the world would figure out what Blyth was packing in the production department. He’s got hits for days, which has everything to do with how he can work around a steamy vocal and have it make sense alongside a fat, crunchy bassline. It’s an inherent gift he’s been using to his advantage to take command of the UK house circuit by way of sweat-soaked signings to imprints such as Hexagon, Spinnin’ and Love & Other.

He’s one hell of a selector, too, with his recent Day Mix showing off his impeccable ear. In it, he rounded up records he’s been feeling the most from 2016 and threw them all together with tremendous ease. As a follow-up trick, he’s kicked us down with its counterpart, which he has dubbed the Night Mix, featuring cuts more appropriate for those naughty hours between dusk and dawn. 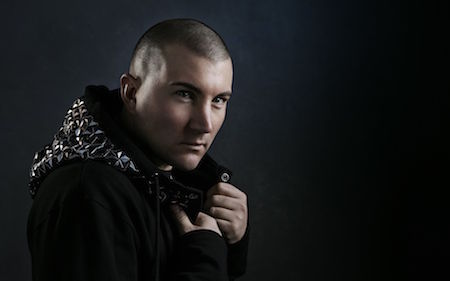 Do you have a philosophy you keep in mind when writing music?
I like to keep it simple; some of the best, simple ideas in life have been the most effective and life-changing.

You’re big on using vocals in your work, which leads me to ask what sort of feeling/experience a vocal-driven track can evoke that an instrumental might not be able to do the same way?
A vocal, to me, says a lot within music I write. It tells you a story from start to finish; the best way to describe it is it’s like watching a movie with the sound on. It describes emotion on top of emotion.

What do you look for in a vocal hook?
The hook has to be both catchy and memorable, but having the right singer can also make all the difference. You know you are on to a winner when you cannot get it out of your head after just one listen.

Who are some of your favorite vocalists, in and outside of dance music? What do you admire most about their work?
I have a lot of favorite singers in all genres: Prince, Adele, Alicia Keys, Craig David, Bob Marley, to name a few. Prince was a master at his craft—being able to play 27 instruments and sing, that’s pure genius right there. I have to take my hat off to Craig David, as I loved his Born to Do It album, and to come back after some years with another huge album, Following My Intuition, such absolute quality.

As someone who loves to cook, what dish do you think best encompasses your sound, and why?
I would have to say Jamaican jerk chicken, because it’s spicy, and it has a real kick of soul that resonates deep into my basslines and melts my claps.

Name some of your favorite eateries in your hometown of Yorkshire? What should we order when we go there?
In at number 1 is 3 Acres Inn. It’s a must go-to feeding place. Service is also on point. Order a fillet steak and Béarnaise sauce—you will be in heaven. At number 2 is Med One, a Lebanese restaurant. Get vine leaves for a starter and chicken shawarma for the main. At number 3 is Dixons ice cream; it’s a taste of its own.

With 2016 coming to a close, give us the cliffsnotes version of how the year panned out for you.
I have had a lot happen in the Last 12 months. At the beginning of the year, I had the pleasure of working with BBC radio 1’s Danny Howard, with his new label Nothing Else Matters, which is a sublabel for RCA/Sony. Also worked with some amazing singers and songwriters: Rachel K Collier, Duane Harden, and Luther Soul. I did a back-to-back session with DJ Target live on BBC 1 Xtra. Had my work featured on TV shows, such as Only Way Is Essex and Soccer Am. Multiple signings with Spinnin’ Records to top it all off. It’s been a fantastic year for me.

Please share a few words on the mix you’ve put together for us.
This is a mix of some of my favorite tracks of 2016. I called it the Night Mix, as it’s music I would only play during the hours of darkness. I kept the mixes tight, so I could pack in as many tracks as I could. I hope it takes you on a journey, wherever you may be listening.