Since the late ‘90s, Plump DJs—producers Andy Gardner and Lee Rous—have pumped out a stream of genre-defining tunes as two of the reigning dons in breakbeat. In their nearly 20-year history, they’ve effortlessly moved from success to success: holding residencies at some of London’s most respected clubs; remixing the likes of deadmau5, Fat Boy Slim and Mark Ronson; and touring the world extensively, all the while remaining relevant as the sounds of the wider electronic music scene ebbed and flowed.

The Plumps have never struggled to stay current, and even when it seemed their chosen genre was losing its luster, the duo took the opportunity to expand their sound. While some of their contemporaries found it difficult to connect to an increasingly younger audience, Gardner and Rous continued to experiment and found themselves consistently in demand.

Now, they are setting to close one of their biggest years yet. Plump DJs recently signed with the Stanton Warriors’ Punks Music imprint. Their most recent release, a remix of Mace’s “Jungle,” has their trademark sound stamped all over the rework.

In their Metronome mix, Plump DJs prove why now is the time to bring breakbeat back to life and how they’re taking charge as genre champions. 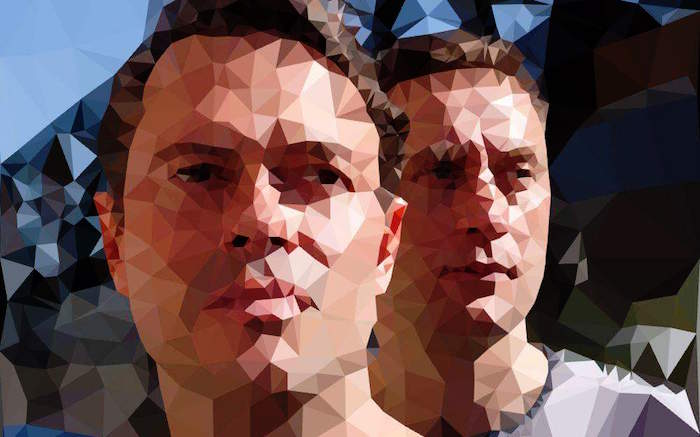 “Breakbeat” has been something of a dirty word. Having championed the sound for so long, how does it feel to see the genre returning to form?
Lee Rous: Breakbeat as a dance genre has not been trending or trendy for many years now—yes, we agree—though that does not mean the influences of that music are not still felt worldwide in dance music. In fact, at the moment, many artists that are affiliated with more current dance genres have been experimenting with the breakbeat platform and gaining great success and props with the results. We feel as artists on the best form at the moment, and have matured as an act through constant experimentation in the studio and on tour over the past 15 years. We are very pleased to be making music again that enjoys the influences of our original sound, albeit under the new umbrella of bass music. Andy [Gardner] and I are personally in a new era of form due to recent, new understandings we are sharing and a closer, common long-term goal. We are coming up with some of our best work in years as a result.

You expanded your sound a few years back and took on a more 4-by-4 sound. What inspired that switch? And why did you come back?
Rous: Andy and I first met in the early ‘90s, out raving to house music. Having grown up with funk and soul, breaks and hip-hop, we became disenchanted with the increasingly glam house music that was being enjoyed up and down the country. As a result, we stared experimenting with playing and making a new form of music: the aforementioned breakbeat. We also started putting on parties that allowed us to play this music to people and enjoy the party with our pals who were feeling the same thing in London. Our move away from breakbeat to electro house around 2009/2010 was a gradual one, fueled by our original love of house music and rave—and also [because] the breaks scene was, at that time, going stale.

With more and more people making bootlegs, and the rise of the very male-led tear-out sound in breaks, the rest of the dance scene lost its respect for our genre. But more importantly, the girls stopped going to the events. Soon, the genre was sent to the back rooms again, from where it had begun 10 years earlier.

We have been massively inspired by the music coming out of Punks Music recently. Echoes of sounds from our past started to fill our heads, and we had to do something about it. The results of our following experiments lit a flame, and the two of us simply just got in the zone again. It all feels natural to be making this music. And what better place is there to be doing so than on a label run by your pals?

Lee, you also spin soul and funk on occasion. What records have made the most profound impact on you?
Rous: Yes, Andy and I play alternative sets occasionally, including the street soul, funk, disco, and boogie breaks of our youth. This comes easily to us, for obvious reasons, and gives us a chance to enjoy the records that fueled our first fires—particularly the soul and funk music from Atlantic, Stax, Checker, Motown, and Volt record labels from the ‘60s and ‘70s—but also the boogie and disco from the ‘80s that we danced to when we were kids. We travel around a great deal and play some huge dancefloors in the small hours. We are so grateful to still have this platform. However, developing an alternative set has allowed us to DJ when the sun is shining and you can see all the smiley faces in smaller, more intimate venues, in places where you can speak to the dancefloor and they can hear you shout without the use of a microphone.

You guys came up in your career paths alongside the Stanton Warriors. How does it feel to be working with them on the Punks Music imprint after running your own record label for some time?
Rous: We have been pals with the Stantons since we started out back in the mid ‘90s. We all used to DJ [together] and party with each other back then in our innocent years, and now we have come together to put music out on their fabulous Punks imprint. It is all very natural, easy stuff—should have done it ages ago. Grand Hotel Records, our label, is still in effect, but we are concentrating our energy on Punks releases at the moment. We are so inspired by their vision and the other acts on the label.

Your new tune is a remix of Mace’s “Jungle.” It’s got some future bass vibes. Can you talk to us about bringing that tune to life?
Rous: We are pals with Mace—having been DJ-sparring partners for him in London in the past—and are supporters of his art. When we heard the record, we fell in love with it and said yes to the remix opportunity, naturally. Crookers owns and runs Ciao Recs; we have also been following him for years and love his sound. The fact that the original record was released on their label made the remix even more attractive as a proposition. We are so happy to get the result we have, [and the track is] already gaining some heavy support.