In L.A., it feels like we’re happily stuck in a yearlong summer. Sure, there are a handful of times when it’s necessary to pull out jackets, but for the most part, we’re spoiled with sunshine. It’s no wonder, then, that producers like Human Life have been releasing tracks like “El Diablo” that are dripping in gold and just begging to be played near a pool or a beach. In this edition of our Metronome series, allow Human Life to ease your transition into summer with a set of wondrous tunes. 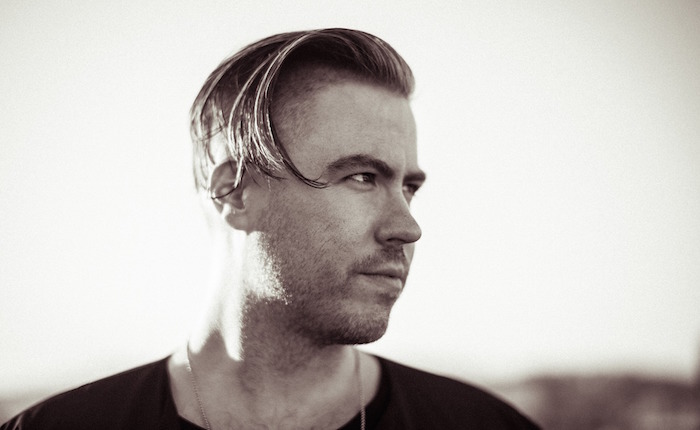 Let’s talk about your track “El Diablo” with Anabel Englund. How did it come to be, and what was the signing process like?
I met Anabel years back, when she came to a party at my house. I didn’t even know she could sing until I saw her post a YouTube video a few weeks later, and I was blown away by her voice. At that time, she hadn’t been involved in any electronic music before, and we started playing with song ideas together. The first thing that came together was “Falling,” which came out with Hot Creations, and then we started working on “El Diablo” afterward. I really took my time with the production, which meant recording most of the parts live, even most of the drums. I kept redoing live takes until it sounded right. Once it was finished, we found a home with Sean Glass at Win Music, who played it for Jan from Exploited Records. Luckily, he thought it was worth bringing onto Exploited for a remix package.

I think I just saw a couple more remixes pop up.
Yeah, part 2 of the “El Diablo” remixes just dropped, and they include really nice remixes from Chaim, Chambray and others. Also, I just released my collaboration with the Adana Twins on a track called “Bleeding.” The original is out now on Exploited, and remixes from The/Das and Mark E will be out March 30.

“El Diablo” has the ultimate pool party vibe. Do you think living in L.A. rubs off on your productions?
Yes, I do think living in L.A. brings a certain aesthetic to the music. There’s such a nice juxtaposition between the sunny days and nights, with so much great underground music events to check out for inspiration. I’d say that’s really the concept behind Human Life, with some melodic elements that you can really grab onto, but also a bit of an underground feel to the production.

I can see this track being pretty big in Ibiza this year. Any plans to head over to Europe this season?
Definitely—my agent is planning European tour dates right now for this summer, and I can’t wait!

Anything else you’re cooking up this summer?
There’s a whole bunch of new music on the way, including two EPs. One of them will be on Kerri Chandler’s MadTech label, which I’m really excited about. I’m also doing a lot of production on a new project with a crew of really talented kids from L.A.: Matt Ossentjuk, Alex Nio and Jackson Englund (Anabel’s brother). And as I mentioned before, lots of touring with shows in the US, Europe and some South American dates.