Chalk it up to age and experience: Getter has evolved. Since making his much-hyped debut as both MVP and Rookie of the Year over at Datsik’s Firepower Records, the bass maestro has ran circles around his fellow bass-heads. With releases on Firepower and Buygore, collaborations with bass giants Borgore and Skrillex, and remixes with just about everyone in your SoundCloud homepage, Getter has done it all, seen it all, and wrecked it all.

So much so, he even maxed out on the whole bass scene altogether for a bit, citing a state of creative torpor caused by an feeling of recycled sound and style and a general boredom with the genre. This artistic roadblock beget his experimental album Planet Neutral, which saw Getter abandon his heavy bass and dubstep roots for a more chilled-out, astral sound. It shocked fans and the electronic world, to say the least, but it proved one thing: Beyond the bass, beyond the party music, Getter is a musician and artist through and through.

But don’t worry. Getter is back on his bass canon, having recently joined the OWSLA crew with his Allegiance EP. Armed with heavy artillery—including Allegiance knocker “Head Splitter,” and it’s tripped-out video, and an annihilating remix of Jack Ü’s, featuring 2 Chainz, “Febreze”—Getter’s grown-up and transformed take on bass music is indeed a huge step in the right direction.

For his Metronome mix, Getter explores his heavy past and very promising future with a special nod to his hip-hop faves. Take a dip in the new Getter sound. 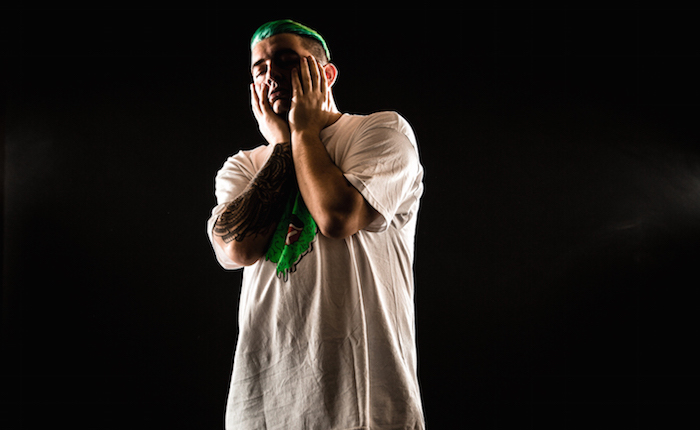 What do you say to those who say dubstep is dead?
I would tell them they are half wrong. On one half, yes, I think the whole “dubstep scene” is not the way it used to be, and underground dubstep is just a place to go if you want drama. But on the other half, all the cool elements people love from dubstep are flowing into different genres and making a bunch of new hybrid genres. I think dubstep will keep living forever—just through different styles

You collaborate with a lot of your friends. Do you prefer collaborations or working solo? Which is more challenging?
It’s hard to compare the two because it’s so different. I know what my brain does and how it does it, but when you work with other people, it adds a whole new brain. Collaborations are always fun because if it’s the other person’s turn to work, they come total left field with something unexpected. I think working with someone is a bit more challenging, too. Sometimes the song already sounds perfect, but you have to figure out something in order to make it work for both of you.

In past interviews, you have stressed the importance of having your own style and not copying others. Do you think easily pirated software, like Ableton, has lead to many producers making similar-sounding music since many artists use the same producing software and technologies? How do you manage to create a unique sound and brand for yourself?
No, it’s definitely not the programs they are using. Every digital audio workstation (DAW) is 99 percent the same. The last 1 percent is some extra sprinkles they put on top. But they all do the same thing, for the most part. There are only so many virtual studio technologies (VST) and instruments to use; everything could sound the same, if someone tried.

For my brand/sound, I just used my own personality and started doing stuff I liked. Eventually, it caught on, and now people see how I want my music to actually sound.

I must admit, your social media channels are hilariously entertaining, particularly your Snapchat. A lot of DJs get a lot of heat from fans and industry folks, saying artists focus more on their social media presence and marketing than their actual music. What’s your take on this? And is social media and marketing more important than artistry today?
I feel like social media is here to stay and people gotta get used to it. I personally love throwing out my thoughts and stupid jokes on to the internet. It gives your fans another reason to follow you. Plus, with all the downtime you have when you aren’t touring or making music, it’s just good fun to mess around on those outlets. If you or your life is entertaining, why not share it, right? I know if I were following my favorite artist on Snapchat, I would love to see how their days go.

You recently joined the OWSLA crew after years with Firepower and Buygore. Why the sudden change?
I was with Firepower for a while. They were my first real platform to put my music out. The label is run by Datsik, and he always has an amazing ear for good music. But for a while, I found myself trying to make the same style of music over and over. I felt my releases all sounded the same, and I wanted to make a change. I have nothing but total love for my Firepower fans and family, and especially my homie Datsik for putting me on the map like he did. But eventually, something has to change if it’s not working for you, right?

It seems like independent labels today—OWLSA, Mad Decent, Main Course, etc.—offer much more than marketing and distribution services. They carry this air of coolness and a certain level of allegiance by association via their fans. How have you experienced this coming through two labels each with a strong fan base, Firepower and now OWSLA?
It’s really, really cool! I feel like it’s more of a movement or a club rather than a record label. People understand what it’s all about. I feel like my music nowadays fits in way more with OWSLA. It’s a lot more experimental and weird, and that’s what I’m all about.

You took quite the left turn on Planet Neutral, which saw you abandon heavy bass and trap for a more chilled-out, astral sound. It sounds like Planet Neutral was sparked out of a feeling of stagnation and a need to experiment. What did you learn from this whole process?
I had been toying with the idea to do a really weird, melodic album for a while now. I had so many different projects and ideas come and go from it. But the main thing I learned from doing Planet Neutral was that you have to always, always, always stay true to yourself. If you get into something and you love it to death, but you slowly get bored with it, something needs to change. That’s exactly what happened to me. Writing this album really gave me air to breathe as far as moving forward with my career. I want people to see all of Getter, not just the heavy, weird party music. I’m a musician, and I make tons and tons of music. I want everyone to see that.

Will we see future stylistic experimentation à la Planet Neutral? Or do you see yourself remaining true to your bass/trap/dubstep roots?
I’m making everything right now—doing loads of music with the Buffet Boys, while also writing another Planet Neutral album, while also releasing new remixes and EPs to stomp clubs. You’ll really see everything from me in the future.