As we count down the hours until PROJECT:Z lifts off, Buku hits us with an epic Metronome mix that proves why he continues to be touted as one of the rising stars in the bass music scene. From knocking out heat on imprints like Mad Decent, Nest HQ, and Spinnin’ Records, all the way through to his anthem “Front to Back” getting the remix treatment from none other than Bassnectar, the 27-year-old continues his meteoric rise to the top with a style all his own.

Following in the wake of “Front to Back,” Buku pushes the boundaries once again with his latest single, “Align.” It’s a cinematic affair from top to bottom, as Buku delivers the goosebumps and ass-shaking grooves in equal doses. With his own vocals swirling atop the hypnotic, trance-influenced atmosphere, the interplay between the dark and the light makes for the perfect accompaniment to the dirty bottom-end and synth-laden melody. It’s another massive look from the young producer and one that has us amped and ready to catch him live this weekend on the Area Z stage.

To get a feel for the man behind the myth, we touched down with Buku for an in-depth Q&A that sets up the epic journey he unleashes on us with his Metronome mix below. Check it. 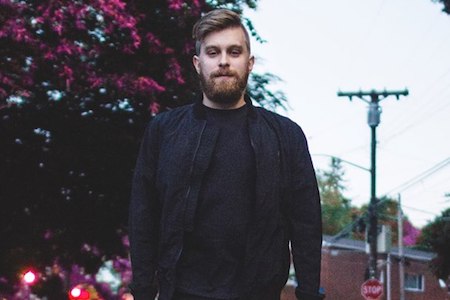 Give us the lowdown on your new single that just dropped.
The single I dropped this week, “Align,” was inspired by a combination of things. I’ve been building a modular synth system, and this was the second tune I incorporated it into. Also, I wanted to experiment with the same vocal techniques I used in “Front to Back,” so I ended up recording my own vocals for this track. Additionally, I was aiming to create an atmosphere that had an almost “trance anthem” sound to it. The combination of all these things came together super smooth, and this ended up being a tune I wrote super fast.

What kind of music do you remember hearing around the house when you were growing up, and at what point does electronic music and DJing, and production specifically, enter the equation?
I’m not one of those guys that grew up in a household that was constantly playing jazz or classical. As soon as I was old enough to realize I could listen to whatever I wanted, I was always experimenting, listening to various sounds and flavors. From ‘90s butt-rock to jam bands to sludge metal to hardcore, I pretty much ran the gamut. As for electronic music: I started making my first full tunes in college, while I was listening to a ton of Boards of Canada. I started digging for more and more electronic music, and I became infatuated with dubstep and dance music around 2009.

What was it like growing up in Pittsburgh? What kind of music scene did you have out there, and how did being outside the usual loop of New York, Philly, etc. influence the development of your sound?
I feel like the Pittsburgh scene has had its rises and falls, specifically in the spectrum of rave and higher-energy music. Over the last few years, raves have fallen off a bit, but there seem to be more club/theater shows. There’s also a really healthy house and techno scene out here, thanks to Hot Mass and all the crews involved. In terms of being slightly disconnected from the “loop,” as you put it, it’s subconsciously made me create my own inspiration—observing the landscape of styles and flavors, but remaining disconnected enough that your inspiration remains pure. I’m a big fan of that idea, even now.

What role does your education at Duquesne’s Music Technology program play in your rapid rise to the top of the bass music scene? Would you recommend other budding producers do the same?
I’ve been playing drums and percussion since I was eight, so I kind of always knew I would be pursuing music in some fashion. I had a great experience at Duquesne University, and I learned a ton of great things through all of my training. That being said, I taught myself a great deal of dance music production knowledge. There’s great value in attending a music school, but it will be what you make it. You can slide by and bullshit the classes, or you can spend the time to apply yourself and learn your craft. In my case, I applied myself in between classes and learned techniques of electronic music production.

We imagine that a lot of your formal training has influenced the intricate melodies and chord structures you build into each tune. Is music theory something that beginners should take seriously?
This is an interesting topic of controversy. Some folks will decide to not learn music theory, so they can stay as pure as possible: “If it sounds good, it sounds good.” However, I think music theory is super important, and it is something to be taken seriously. I find great value in the idea of learning the rules so you can break them. Also, nothing makes me skip a tune faster than hearing a vocal sample pitched incorrectly or a random note that’s not in key.

For those interested in learning more about music theory, where should they begin?
At this point, you can probably take a full freshman-level music theory course on YouTube, so I’d suggest starting there. Learning music theory takes more than just reading a book—it’s visual, auditory and vocal.

You’ve come up fairly quickly in the past few years. What do you count as the major turning points in your ascent?
There have definitely been a few pretty significant moments: The moment that Diplo played my tune “Janky” and spun it back on BBC Radio1, the support from UKF and Pilot Records, playing a set on Sway in the Morning, releasing on Spinnin’ Records, and Bassnectar remixing “Front to Back” come to mind.

Let’s jump into the Metronome mix. We’re amped to have you represent at PROJECT:Z this weekend. For someone new to the game, what should they be expecting when you drop in on SoCal, live and in the flesh?
This mix is a bit more of a potpourri of tracks I’ve been feeling, new and old. Perhaps it’s a little bit more of a journey—whereas live, I tend to play a little more high-energy with some deeper, funkier, and bouncier offshoots from time to time. I’m super hype to play PROJECT:Z!