Markus Schulz is making a musical yearbook of sorts. For 2015, he’s launching a new project titled City Series, commemorating different gigs around the world each month. For the launch on January 19 via Coldharbour Records, Schulz created the track “Bayfront (Miami).” As his enthusiasm and excitement for the project exudes over the phone, Schulz lets us in on the story behind the project.

“I’m hoping that we can all look back at 2015 through this project and relive a lot of these moments.”

You’re starting the series with Miami. Is that a nod to your adopted hometown?
Definitely. Also, I did New Year’s Eve in Miami, so at the same time as I’m dedicating tracks to certain cities, it’s also a timing thing. Next month there’s a big, big gig that I’m looking forward to in Bucharest, so I’ll be dedicating a track to Bucharest. 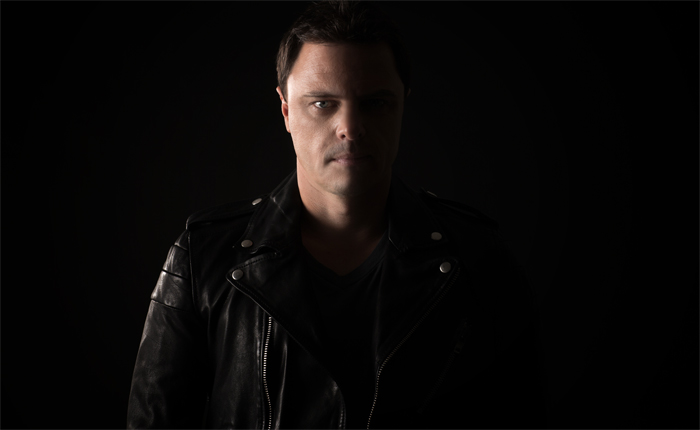 Do you have the entire year planned already, or are you choosing the cities as you travel?
I’m going as I travel, but I do have the first three months already planned. March is going to be San Francisco, and I’ve always had a special relationship with San Francisco.

Since you’re playing Coachella as New World Punx, could Indio be the focus of the single that month?
That’s what I’m thinking about right now. That’s the only reason I haven’t really figured out April yet. When I look at April, there are some amazing gigs. I’m playing Montreal at Bal en Blanc. Montreal is a very important city for me, Tomorrowland in Brazil, India as well.

What elements of Miami will encompass people when listening to “Bayfront (Miami)?” Did you sample elements of the city?
Not in this one. The funny thing is, I called it “Bayfront,” where Space is located, but people are going to think of Bayfront with Ultra because it’s held at Bayfront. I made it more for clubs like Space, so it’s got a massive festival vibe to it.

“Bayfront” is a unicorn-slayer of a trance track. Why do you feel it’s important to continue contributing to the genre when a lot of contemporaries have buried their trance roots?
Because my fans are with me. I’ve never been a chaser. It’s very easy to just go to Beatport and download some of the biggest tracks, roll into a club and play them, and have everyone singing along. But that’s not what I got into the scene for. I built up a loyal fanbase because I’ve just been true to what’s in my heart and… what I like. The track “Bayfront,” for example, has an EDM-style groove and drop, but there’s just much more depth to it, and that is really what I’ve always been about. I’ve always zigged when other people have zagged. Just for that reason, I’ve never shied away from anything.

It’s funny: When trance was big—really at its height and everything—I always said I’m not a true trance person. I’ve always been doing my own thing. Now trance is not the en vogue thing, and I’m fine with it. Call me trance; I don’t care. For me, it’s all about the music, and I think that’s what the fans understand—that my heart and my soul is in this, and label it whatever you want. At the end of the day, I’m just doing what’s in my heart and what my fans like and love about this music.

You have been doing the annual city-inspired compilations, with Buenos Aries 13 being the most recent. Do you think you’ll continue that in 2015 with one LP focused on a single locale?
I’ve always said, “When I get bored with something, it’s time to change.” I enjoy doing the city series and dedicating it to a city; but I almost felt like, to work a whole year on one city and just dedicate it to one city—I just want to try something different, just for my own sanity, and give myself a challenge and do something interesting. Maybe in the future I’ll go back to that, but right now I really wanted to do tracks for these cities, and then at the end of the year put a compilation together with all the tracks, and some new stuff as well. It’ll be like the Markus Schulz World Tour 2015 Compilation. That’s kind of what I had in mind. I think the annual will be a combination of everything.

One of the things I want to do with this concept is, when I go to these cities and play the tracks in these cities—like Miami on New Year’s Eve—I recorded the set, and I recorded the track being played, with the crowd noise and everything. So at the end of the year when I put all of these together, you’re gonna hear a compilation with all these different crowds from all over the world… it’s going to be like a world tour with just amazing cultural differences and all united.

Will fans be able to give input or sway your decision on which cities will get a musical homage?
That’s the whole beauty of it: that it’s all about what inspires me. When I get messages from fans—like in Bucharest, for example—and people are just going crazy because I’m coming, and the gig is a highly-anticipated gig, it gets me excited. And when I get excited, I want to get in the studio and do stuff. That’s when I dedicate the track to that city. So for sure, as the fans get me excited, I’ll feed off of that into this project.

I have some ideas for some of these cities that are really special treats that I want to do as well. It’s going to be a really fun project to watch develop. I’m hoping that we can all look back at 2015 through this project and relive a lot of these moments… I think that’s the whole thing: [to] have an amazing story at the end of the year.

The Story of How Markus Schulz Re-emerged as Dakota

From Berlin to Miami With Markus Schulz