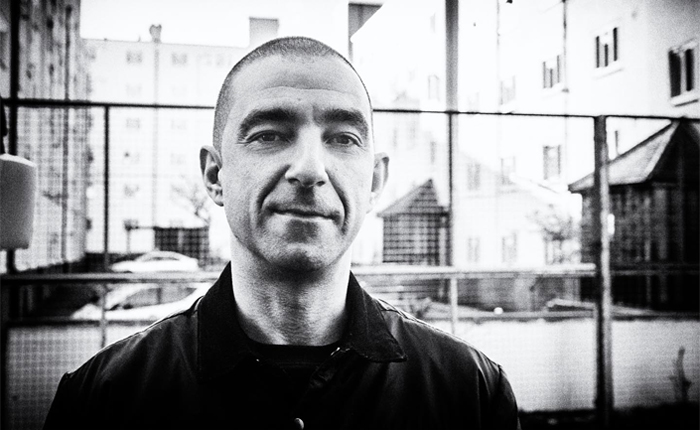 What was your favorite toy as a child, and when and why did you stop playing with it?
I loved Action Man toys until around 10 years old; then I stopped. But it was the outdoor, not-meant-for-kids stuff—like building sites, derelict houses and train tracks—that I liked most.

What is the best advice you’ve ever gotten? Did you take it?
Be yourself, and don’t try to be something you are not just to please people around you.

What part of your day do you look forward to most?
Usually, the best bit of the day is when there is no bullshit going on. I love my career, but I don’t like the bullshit that comes with it.

What’s the best time you’ve ever had without spending money?
My favorite time not spending money is when I go for long walks with my dog in the forest near where I live. It helps me clear my head, and I think deep down, I would have loved to have been David Attenborough, because I love nature and everything natural.

What is your favorite word?
Goolygoogoo.

Do you owe an apology to anyone?
Not at the moment, no.

When is the last time you were really scared?
Can’t say I have been scared at all in a long, long time.

What is the last thing you googled?
A mad girl doing a hot pepper challenge.

What’s the last sound you would want to hear before you die?
The sound of god telling me I am going to heaven to DJ.

Do you have any recurring dreams or nightmares?
No.

How do you measure success?
If you are content and happy with your life, then to me you are successful—and I suppose you measure success by your own goals in life. I have more than succeeded to what I thought I would have become when I was younger. I was supposed to be mad, dead or in prison by now, but I managed to turn my life into a 30-year world tour that’s still going strong. I look forward to continuing at the level I am at.

If you could have one magical/super power, what would you want, and why?
I would be “Warstopper”! I fly around the world firing MDMA powder at all the warmongers and watch them all start shaking hands, hugging, kissing and dancing. Seriously, don’t you think if Obama, Putin, the leader of Isis and all the other leaders of the world came to my special “Hype’s Let’s Save the World Rave” and all had MDMA for one night only, the next day the whole perception of hating everyone else might just change? I don’t like to big-up drugs, but any drug that makes people happy and loving can’t be that bad. Is it a bird? A plane? No, it’s Warstopper flying around the world dropping MDMA everywhere! (Laughs.)

Have you ever had a brush with the paranormal or supernatural?
Do not believe in that bollox for a second.

What do you remember about your first kiss?
It was very nice.

What’s the last impulsive thing you did?
Spat in someone’s drink that I hate.

Do you have a pet? Tell us a story about it/him/her.
I have a dog named Bully. I had a dog named Snoop that I got in 1994. He was my mascot on the jungle scene, and everyone knew him. He lived for 18 years, till 2011, when he died of old age. I got Bully February 2012, and he is now flying the flag for me. I love dogs, and if I was not a DJ, I would probably breed them and sell them.

What is your strongest (or best) personality trait?
I have a good heart, and I am very fair to people who are close to me.

Bridging the Past, Present and Future With Hype and Hazard