The burgeoning scene of twerk music is seeing a few artists become leaders of the pack. Las Vegas-based Meaux Green and Los Angeles’ Party Favor (Dylan Ragland) are two of the genre’s most recognizable names, putting out a commendable amount of work in a short period of time. While Meaux has collaborated with Tropkillaz, released on Mad Decent, and done an official remix for Riff Raff, Party Favor has done a Diplo & Friends mix and recently released the video to his Mad Decent release “Bap U,” guest starring Diplo, ETC!ETC! and Ookay. 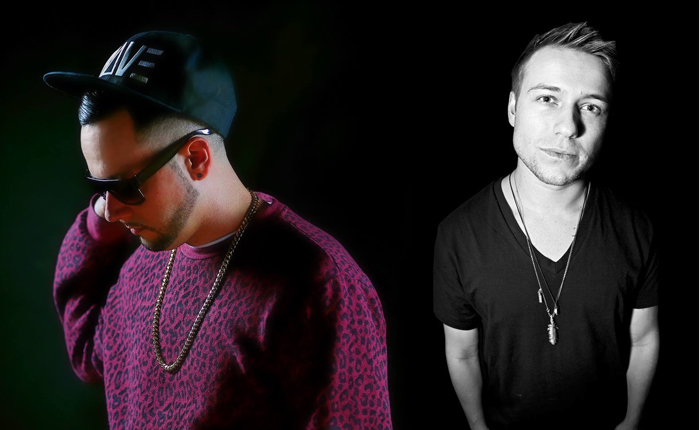 On the heels of wrapping up their Twerk Circus tour, Party Favor and Meaux Green took a few minutes to chat with us not about music… but about their blossoming bromance. That’s right, the two are not just collaborators—on popular songs like their remix of Flosstradamus’ “Mosh Pit”—they’re also best buds. Read on about their struggle cuddles, how they met, and why they love each other so much.

“We have a very well-documented bromance. It’s kinda public at this point. I think everyone wants to know if we really are gay.”

First off, is everyone sober?
Meaux Green: We are sober this time. 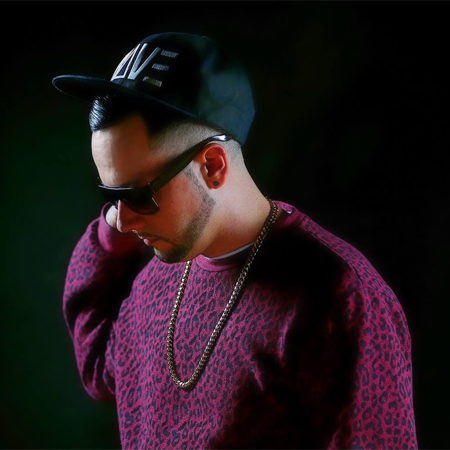 What are your best memories from the Twerk Circus tour?
MG: I would say the last interview with you [in Chicago], but I didn’t remember it.
Party Favor: I think live show-wise, Houston. It was the craziest thing ever. The crowd, the size, the energy… everything combined really well. One of my favorite moments, though, was when Meaux refused to leave my room because he was so fucked up. He came to the hotel room and sat in the desk chair and then got in bed with me and was like, “Dude, I don’t understand why I can’t get in bed next to you.” It kind of continued down that path for about 15 minutes…
MG: You’re making it sound pretty sketchy, dude.
PF: Well, it was! I felt concerned for my safety. Luckily, I was able to ward him off with my spells and garlic.
MG: I just thought of something, talking about best memories: the time Dylan said, “It’s because I’m a better producer than you and more famous than you.” I forgot why he said it.
PF: We just like to bust each other’s balls.

You guys have such an affinity for each other.
PF: We have a very well-documented bromance. It’s kinda public at this point. I think everyone wants to know if we really are gay.
MG: He’s like an older brother I always try to impress, but it never really works out.

How did you guys meet and become friends?
MG: Dylan randomly added me on Facebook. He messaged me and said, “Hey man, I really love your tunes,” and I thought, “Who the fuck is this guy?” I thought it was just some weird creep kid trying to send me a promo. Then he was like, “Oh, by the way, this is Party Favor,” and I thought, “Oh shit, I fuck with your tunes.” So we thought it would be fun to collab, and we hit it off.
PF: Yeah, that’s how a lot of music gets made these days. With how awesome technology is, it’s easy to be able to hit someone up and be like, “Hey, we live on opposite sides of the country, but I like your stuff, you like my stuff; let’s try to collaborate.” It went from there, and the bromance blossomed.

What’s the best and worst thing about the other person?
MG: The best thing is that Dylan always has his shit together, and he’s the sober one when we play together. That way, I can always get a recap of what happened the night before if I get too messed up. The worst thing about him is the same thing. I always look like the idiot.
PF: I’m the designated driver every night. The best and the worst thing about Meaux is his general love of alcohol. That usually turns into the best of times and the best memories, but also a lot of trying to wrangle up Meaux and his equipment and USBs… 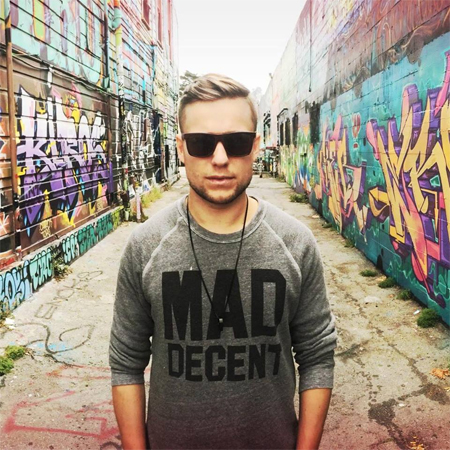 Are you two planning on working on more music together?
PF: Absolutely not.
MG: I might not ever talk to him again after this interview.
PF: But seriously, we have a ton of things started… When you’re on the road, it’s hard to work on music. You want to take naps, or get situated for the night, or ready for the next night. We have a lot of stuff we need to finish; we just have to get in the studio to crank it out. I think we have three unfinished songs.
MG: We also have another remix for Flosstradamus. We’re not sure of the exact release date, but we’ve been told it’s soon. We finished it up last June, so it’s been a while.

How did you two spend your time off while on the road?
MG: Go hold hands and sightsee.
PF: Usually when we travel around, we look like a gay couple anyway… might as well walk around hand-in-hand and show the world how we truly feel.

When you’re at home, how do you spend your free time?
PF: On the couch, vegging out, watching TV. We’re always going so much, and I’m always focused on music, so it’s nice to not use my brain and watch TV. I like Game of Thrones, Boardwalk Empire… I have all the movie channels, so I watch movies all the time. I just saw The Babadook—that was really scary. Oculus was also really good. Basically, DJs seem like rock stars, but they’re homebodies and boring people.
MG: Living here in Vegas, sometimes I go gamble or play some poker. There aren’t really days where I’m not working on music, but if I’m not going out or playing somewhere, then I’m at home watching TV. I’m a basketball fan; I like watching the Heat… I download a lot of movies… and porn.
PF: He likes Say Yes to the Dress and Queer Eye for the Straight Guy. It’s not even on anymore, but he brings over torrented re-runs of it, and I’m like, “You gotta stop watching this.”