The worst kind of FOMO is the type experienced when hearing about an epic party that you’ll never be able to attend, simply because it will never happen again. 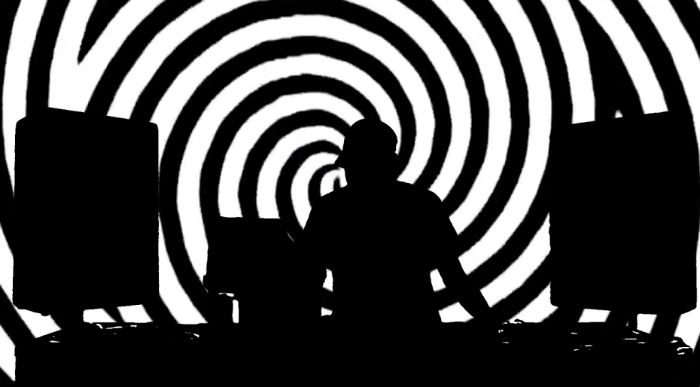 And although the scene has changed dramatically since these early years, as warehouses became massive (and legal) venues and acid house turned to progressive, the fact is that the dance music festivals we know today are firmly rooted in the underground parties of yesteryear. (Watch Insomniac’s just out Nocturnal Wonderland documentary Dancing in the Dark to learn more about the history of the scene.) As part of this weekend’s 20th-anniversary celebration of Nocturnal Wonderland, longtime scenesters Sid Zuber and DJ Demigod are presenting an installation where new ravers can get a taste of the early parties that spawned the modern scene, and veteran scenesters can indulge in some heavy nostalgia.

If it sounds like a history lesson, well, that’s intentional. Dubbed History 101, the tent will feature old-school classics by artist like the Prodigy and Joey Beltram, vintage (read: low-tech) lighting, and ephemera including rave flyers, album artwork and ‘90s-era arcade games. Altogether, the activation is meant to educate the new generation of party people in the most effective way: by showing them an unforgettably good time.

Zuber first became friends with Insomniac’s Pasquale Rotella in the ‘90s, when he was working at an Urban Outfitters in Santa Monica; Pas would stop by the store to hand out party flyers.

“We were kind of doing the same thing at the same time, although Pasquale’s angle was more toward drum & bass, and my angle was going for more hardcore techno,” Zuber says. “But even though our focuses were different, we always maintained that old-school vibe and an energy of people coming together.”

Demigod and Zuber both came of age in the early SoCal electronic music scene, with Zuber going on to become a visual artist who has designed stage rigs for acts including Steve Aoki, MSTRKFRT and Datsik. With History 101, he’s combining his knowledge of the scene with this flair for design and atmospherics for a project that has been two decades in the making. The duo have been creating a buzz around this weekend’s activation through the History 101 video series.

This weekend, a Delorean parked outside of History 101 will alert festivalgoers of the time-travelling nature of the installation, and inside, Headliners will be thrust into a pure ‘90s vibe. Demigod will spin vinyl and alternate deck duties with a “virtual DJ,” projection that he and Zuber created with a green screen. This anonymous DJ concept plays off the fact that in the early days, the allure of the parties was more about the crowd and ambience, and less about what DJ was playing. Corresponding album artwork for each track will be being displayed on projection screens during songs. (Expect to hear classic raver anthem “James Brown Is Dead,” probably more than once.) To extend the old-school vibe, veteran DJs Amy dB and DJ Rap will be performing as 2deForce on Sunday.

Visuals will be made with color wheels and 8-bit images, as the fancy LEDs of today didn’t exist in the ‘90s. An artist known as the Blacklight King will also be on hand, painting large-scale canvases depicting early rave flyers. (There will, of course, be many, many black lights.) In keeping with the throwback vibe, Headliners will also be able to play Pac-Man, for free!

The disconnect between the tastes of veteran ravers and the new wave of millennials that have pushed dance music into the mainstream has been well documented. With History 101, Zuber and Demigod are helping bridge this generation gap by demonstrating to people of all ages that when we attend parties, we’re essentially all after the same thing: a cool vibe, good people and music that touches us at our core. Whether that exists as a rad blacklight painting, or insane pyrotechnics perfectly timed to a big drop, is simply a function of when you were born.

“There is nothing more that I want than to see this become than a celebration of Insomniac and a cool education that expands everybody’s knowledge of what’s going on here,” Zuber says, “because it didn’t just start with the mega-raves. It started with hardworking people that didn’t have much money, loved the music, were hoping to break even, and wanted to create experiences for people.”

And while the scene’s hardworking hosts may now have greater resources, bigger audiences and many more confetti cannons, these good intentions remain the same.