It’s Friday afternoon at Beyond Wonderland SoCal 2015, and backstage at Queen’s Domain, up-and-coming producers Grensta and GRYN shake hands before the latter take the stage for their festival debut. Though the two acts have never met before, they immediately vibe with one another. For them, becoming part of Discovery Project isn’t just the chance to play the mainstage at an Insomniac festival, but ultimately the opportunity to become part of a family of artists striving for the same goals. Winning the competition is just a starting point for these aspiring producers, who see Discovery Project’s platform as a creative space to build their careers as musicians. 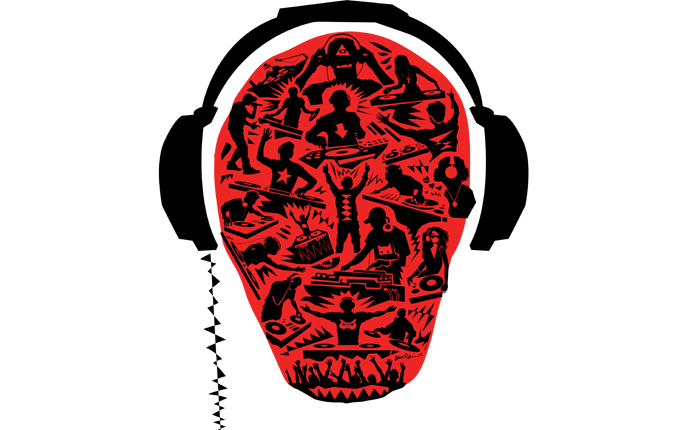 “Having the opportunity to spin on the mainstage at Beyond Wonderland was mind-blowing,” says Ethan Young, one-half of GRYN. “We had an unbelievable amount of people dancing at 4 o’clock in the afternoon! But what was even more impressive was the amount of camaraderie between past and present Discovery Project winners who attended the festival. We got to hang out with an incredible group of producers, who inevitably became an incredible group of friends and collaborators.”

Since its inception in 2012, Discovery Project has held 25 contests—and hosted 171 winners—at festivals like Nocturnal Wonderland, Beyond Wonderland, Escape: All Hallows’ Eve, and various EDCs throughout the country and the world. This year alone, Insomniac will host Discovery Project at eight of its biggest events.

“What started as a competition for aspiring DJs to have the chance to play at EDC Las Vegas has since blossomed into an active community that is passionate about producing and promoting what’s next in electronic dance music.”

Many of the original Discovery alumni—such as  Gladiator, Paris & Simo, Kayzo and James Egbert—have taken their careers to new heights. And now, a new wave of competition winners has started making noise. Drezo, Dr. Fresch, Kronology and Planet Rock are just a few of the artists who have recently turned heads, with tracks being played out by high-profile names like Skrillex, Dillon Francis, and Above & Beyond.

But Discovery’s growth isn’t limited to the stage. What started as a competition for aspiring DJs to have the chance to play at EDC Las Vegas has since blossomed into an active community that is passionate about producing and promoting what’s next in electronic dance music. Discovery Project’s newly enhanced platform is dedicated to bringing untapped talent to light via a unique artist collective that highlights the work and achievements of past and present Discovery artists. With exclusive track releases, the Projections mix series, spotlight interviews, and technology-based articles, Discovery Project has created a digital home for its artists to share music, news and, ultimately, their stories.

As methods for marketing and releasing music evolve, artist collectives are becoming the new driving force in the development of up-and-coming DJs and producers. By creating a community of passionate artists and engaged listeners, the Discovery Project is on the path to cultivating a distinguished group of future stars. The platform’s aim has always been to curate the best new artists in dance music, but now with the expansion of Insomniac’s digital footprint, the collective has an extensive, dedicated space to showcase the achievements of those artists. As the roster grows, Discovery Project hopes to connect more acts with each other and help build their careers. Techno maestro and Discovery Project alum Modus, for one, is amped to see where the platform is going.

“Discovery Project created a jolt of momentum for my career,” he says. “I have since played multiple Insomniac festivals, as well as expand my professional network. It is now encouraging to see the project focus on creating a collective where we are able to hear, promote and support each other’s music.”

Collaborations are one of the best tools an artist can use to grow their brand, sound and reputation. GRYN and fellow alum 219 Boys have already used this tool to expand their reach and hit new fan bases. The two duos plan on releasing more music together, to not only combine skills artistically, but to also engage with the other’s followers. As Discovery Project matures, the hope is that more alumni—whether they share similar styles or not—will work together to create and share music as a family. And with more alumni being added with each new competition, those opportunities are endless.