Let’s get sappy for a moment. It doesn’t matter how new or old they are, traditions are the best part of the holidays. So what if you spend your nights DJing for a crowd of twentysomething ravers? You’ll be home for mom’s Christmas dinner and grandpa’s bomb mixed cocktails (or else). So we wondered: What kind of crazy traditions do the people behind the tunes have? Across the genre board, the clear winners are food, booze, and weird ways to spend quality time. Here are our nine favorite DJ holiday traditions—old and new. 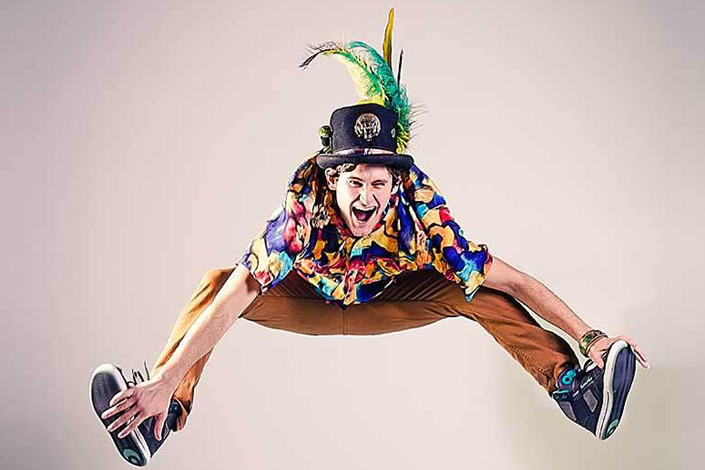 Mikey Lion made his name in techno, cofounding the three-day nonstop house and techno fest Desert Hearts deep in California’s Mojave Desert. For him, the holidays mean a he-swears-it’s-delicious signature drink passed down for generations.

“My favorite holiday tradition is drinking Ramos Gin fizz cocktails with my family. They’re the dankest cocktails on the planet. The recipe has been passed down from my grandfather to my mother, and now to me. I’m the Official Fizz Master of the family. Here are the ingredients in the order they go into the blender:

Directions: Blend that shit up until it’s nice a frothy, and enjoy the best cocktail you’ve ever had with your family. 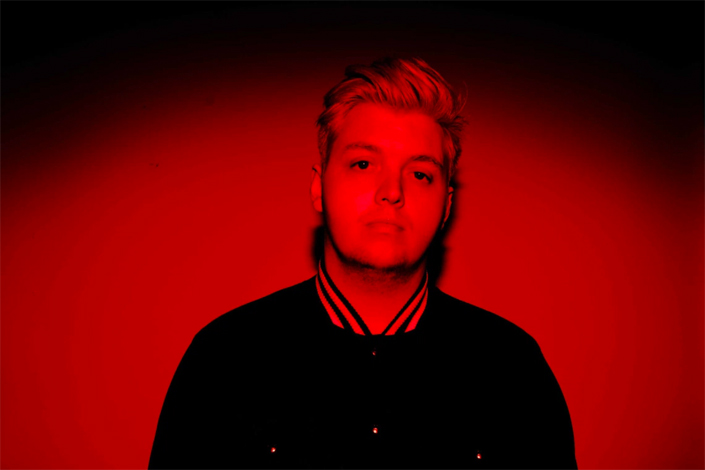 Flux Pavilion has evolved his sound since his early dubstep banger “I Can’t Stop,” branching out to trap collaborations and more lyrical endeavors, in addition to the gnarly dub. Back home, his sets are much more punk-goes-acoustic than, say, a Bassrush show (we’re sure mom and dad appreciate that).

“For us, ‘Boxing Day’ (the day after Christmas) is the special family day when we open both regular Christmas presents and a completely different set of presents called ‘Christmas Tree’ presents. The only catch is that to get your ‘Christmas Tree’ present, you have to perform something—maybe a magic trick or a poem. I usually bring my guitar and play a song that I’ve written.” 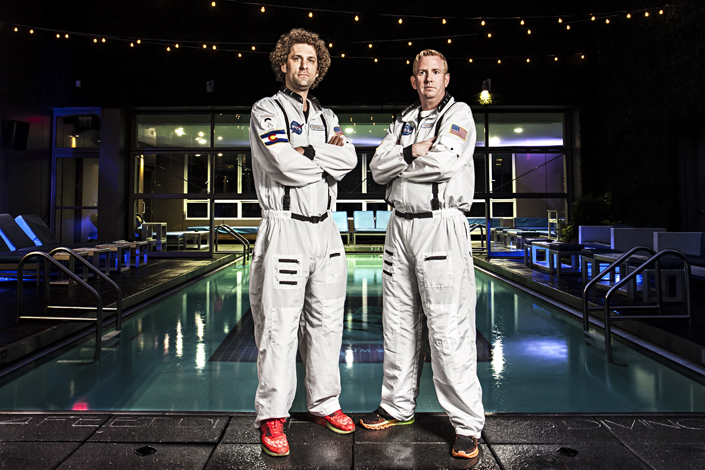 Don’t let Manufactured Superstars duo Bradley Roulier and Shawn Sabo fool you. They may be all about having fun, but they’re not just two party bros behind a laptop. Both were part of the inception of Beatport—making them no strangers to business. As a DJ duo, their primary jam is club music: progressive drops mixed in with groovy house. Still, they don’t take themselves too seriously. The Manufactured Superstars have just one short and sweet thing to say about Christmas decorations:

“We always top off the Christmas tree with a Manufactured Superstars doll—the perfect tree topper!” 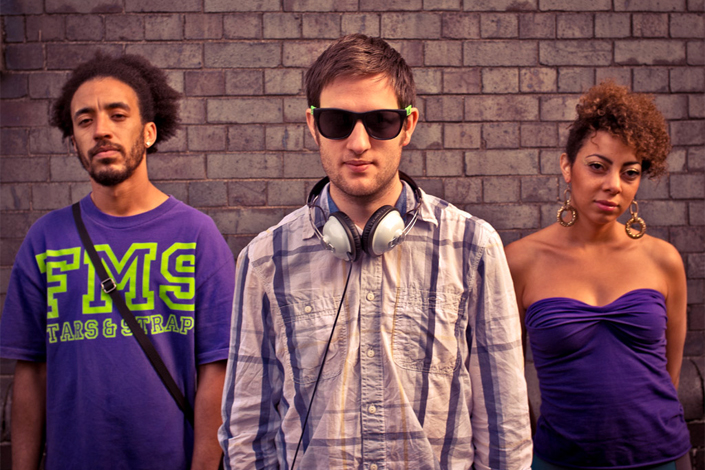 Holiday dinner at the Meaker house is as serious as a last meal on earth, and it’s not really Christmas unless there’s homemade wine involved.

“I eat as many roast dinners over Christmas as possible, as a roast dinner would be my last meal no question. I usually hold a Christmas party for friends and cook a massive ham and roast potatoes. We also get a load of homemade wine, which is made by a 95-year-old man named Maurice from Somerset. He has made a load of marrow and parsnip wine this year, and it’s good!”

When Super8 & Tab released their debut album Empire in 2010, the duo breathed new life into trance music. They had the attention of Above & Beyond’s Anjunabeats label, sure—but they also had every trance fan’s ears to their speakers.

For Miika Eloranta (the Super8 half of the duo) and his family, there’s one traditional meal that rules them all. Like that dinner of your mom’s you can’t ever get enough of, Eloranta’s family has two mainstays in the Christmas rotation: ham and vodka.

“We always put a huge ham in the oven overnight prior to Christmas Eve. Then we stay up until it’s cooked and have a few vodka shots on the way. The next morning, everyone can have newly cooked ham for breakfast… and for lunch… and dinner.” 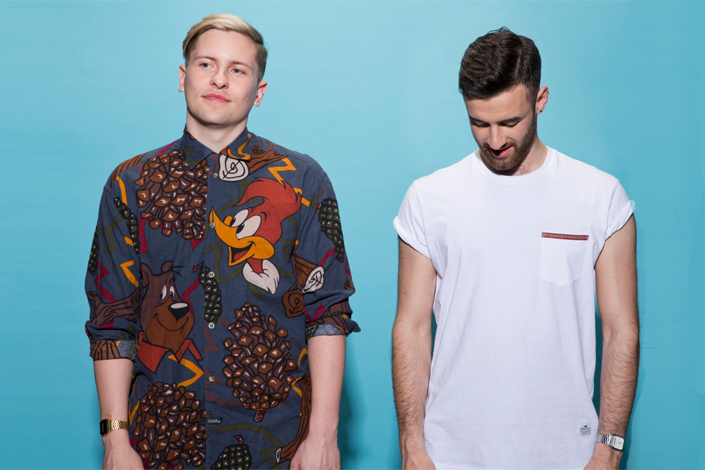 Blonde are still newcomers to the dance music scene, but they don’t sound like it. Adam Englefield and Jake Manson hail from a background of UK garage and vocal-heavy, melodic house, a merger of synth pop and classic four-on-the-floor that embodies “happy,” if happy were a sound.

Manson clearly takes that happy vibe into his own life, as does his family, who have come up with a way to make Christmas morning even more fun (bonus points for it having nothing to do with gifts).

“This Christmas, my family have all decided to wear fancy dress on Christmas Day. We all put different costume ideas in a hat, and everyone picked one out at random. None of us know what each other picked, so we’ll only find out when we all come down for breakfast on Christmas morning.” 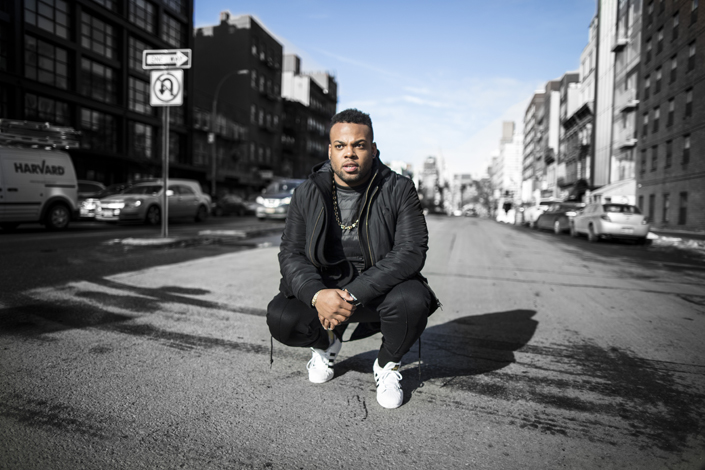 TJ Mizell is all about throwing down dirty trap beats, so it’s hard to imagine him as an antsy little kid playing with Hot Wheels all night long on Christmas Eve (though for real, weren’t we all that kid?).

“We open up one gift on Christmas Eve at my house. My brother and I were always way too anxious to wait until Christmas morning growing up, so we would open up one gift, then usually play with that all night until it was an appropriate time to wake our parents up. That time was usually around 6am.” 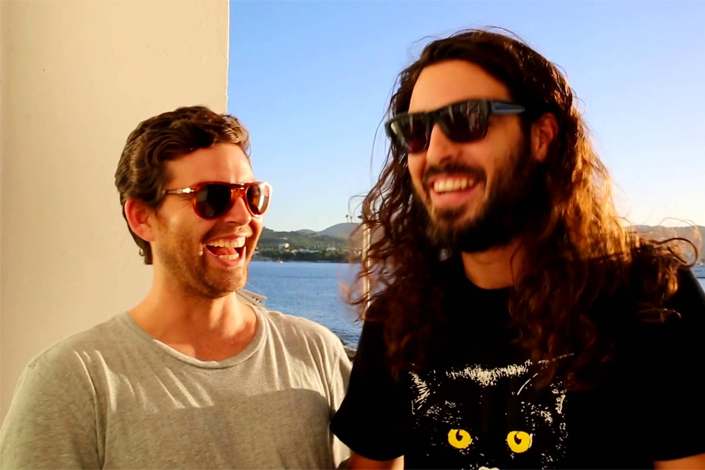 Born and raised in Ibiza, the Mambo Brothers were pretty much destined to DJ. Their Ibiza-style house—heavy bass; summer vibes; no singles, just slow-build sets—was an on-island-only occurrence for a while, but recently the real-life brothers have been taking their beats out of country.

To insert tradition into a crazy travel schedule, the guys found something they could do all over the world (which, it turns out, doesn’t necessarily mean they should do it all around the world).

“Every year around Christmas, no matter where we are around the globe, it’s a tradition for us to go and get a good clean shave somewhere random. One time, we did it in the Andaman Islands in India. Now we think about how brave we were, as it wasn’t hygienic or clean at all. But we kept the tradition!” 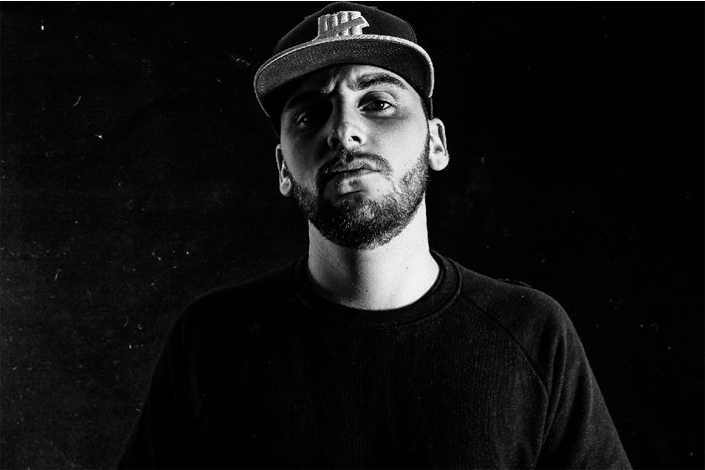 French producer Tim Baresko dips into house from a bass-y, hip-hop-inspired perspective. Often dark, occasionally menacing, his favorite instruments are reminiscent of the kind of thing you hear at AC Slater’s Night Bass parties, or at 4am in the basement of an after-hours club.

Baresko is that friend you love despite it all. You know, that guy—the one who gives you fake poo as a legitimate present and gets away with it—which is, incidentally, pretty much what he actually does.

“Every year, I buy some strange Christmas decorations to give to all of my friends and family for them to put on their Christmas trees. Sometimes they get lucky and the decorations aren’t that bad, but most of the time they’re creepy and ugly! The good thing is that every year, you can see my decorations on their trees.”