DJs hold a lot of odd jobs on their way up, but we’re pretty sure there’s only one former professional racecar driver. Hailing from California, MAKJ (Mackenzie Johnson) is one of electronic music’s fastest-rising stars. That’s pretty characteristic for the 23-year-old. He was making hip-hop edits for DJ AM when he was 15. As the second most-booked DJ, behind Steve Aoki, he brings a rare dedication to his live performances, and he’s applying that nothing-but-the-best mindset to his original productions. His upcoming debut album sounds like it’s going to be in a league of its own. 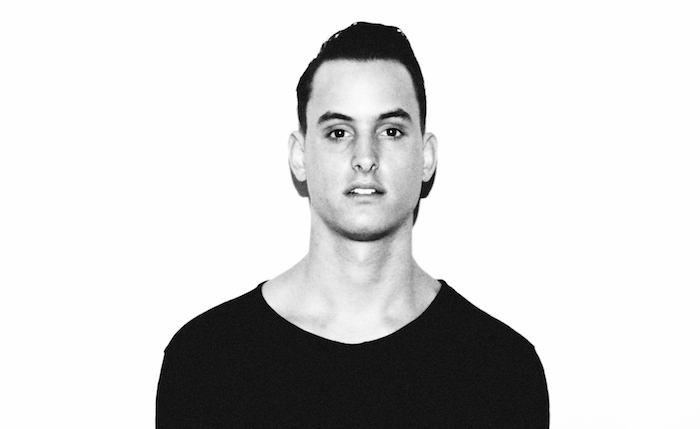 “I enjoy thrilling myself and making it a challenge. That’s the best feeling ever, and you’re only going to get that feeling if you’re actually DJing.”

You have a super fast production technique. You used to be a racecar driver; you’re constantly setting records for “I played more songs in an hour than anyone has ever played in their lives.” Clearly, you feel the need for speed.
I have the worst ADD ever. Right now, I’m going through my wallet while I’m talking to you and organizing my credit cards. Even as a kid, I tried Ritalinit really doesn’t do anything to me. It makes me feel like shit. So I got off that, and I’ve been an ADD kid ever since.

When you’re in the studio, are you bouncing off the walls, or do you find a rare Zen moment?
Let’s just say I talk to myself a lot. You know when you’re doing a paper and no one’s around? You start singing to yourself in an opera voice and being really super weird? That’s how I am all the time. I yell at my computer. I feel literally psychotic. But I’m not like that when other people are around. I put a serious cool-guy face on, and I think I’m Swedish. I want the Swedish Steve Angello swag.

When you perform your tracks, do you bring a twist mashup version?
Someone followed me around Coachella and did the start-tofinish of what my preparations were. I showed them what I was doing beforehand on the sets, and the majority of the stuff I’m doing is all live. I enjoy DJing. That’s where I came from. I enjoy thrilling myself and making it a challenge. That’s the best feeling ever, and you’re only going to get that feeling if you’re actually DJing.

That’s one way I think about stuff when I’m “preparing,” thinking “What can I wow people with?” A-Trak has the same style. We have our routines that we do. Of course I’m going to play “Countdown.” Of course I’m going to play “Encore” and my original songs, but I’m throwing a twist with my song, or playing a loop over, mixing another song into the drop and switching out of it really fast when the vocal comes in really quick. That’s being a DJ. You’re a “disc jockey.”

“That’s the next step: To be MAKJ instead of DJ MAKJ.”

You’ve played the world’s most relevant festivals and have worked with and been supported by the biggest acts in the scene. What’s your goal for tomorrow?
Definitely an album. My album is going to be the progression of Mackenzie—where I came from as an artist, and where I am today with my music. I’ve already done a rock song with a band called Placebo. I used to listen to everything besides electronic music, and only in the past couple of years I’ve been really influenced by electronic music.

That’s the next step: To be MAKJ instead of DJ MAKJ.

So your album will be a mix of genres?
No one is bringing other influences in music, besides maybe some drum & bass guys or some dubstep dudes. I really want to bring in Tom Petty, or maybe a really dope reggae vocal like Steel Pulse or Revolution. That’s the shit I grew up listening to. I can go through my iTunes and blow people away. I want that for myself. I want to be able to look back when I’m old and be like, “That was my album.”

It’s your statement.
Beatport built me. Beatport was one of the places that was able to build my name and build my career, which is amazing. But at the same time, I’ve grown. I’m looking for something bigger and better, and if that’s even a free release, then it’s a free release. I’m definitely gonna be taking a lot of time to make this album and make it right, the way I’ve dreamed about doing it.