With a sound he describes as “savage wonk,” Dubloadz’s unique take on dubstep has earned him releases on well-known labels like I.AM.Audio and Smog, and with a plethora of collaborations to his name, his output has garnered him a healthy fan base. His latest release is the forthcoming Chug! Chug! EP (Rottun Recordings), which features collaborations with fellow grime peddlers like Trollphace, Algo and KRAM. 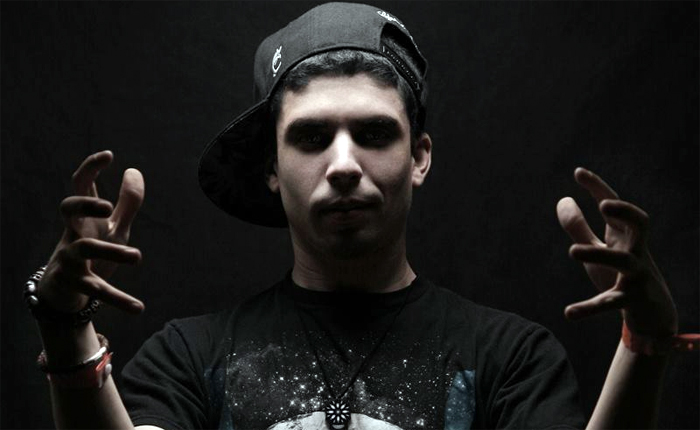 US-based and repping the East Coast, Dubloadz (aka Dave Nardolilli) gave us the scoop on his local bass music scene, highlighting the story behind a budding music producer and his journey to Rottun Recordings.

“Dubstep will never die, but that doesn’t mean it’s all I want to listen to and make for the rest of my life.”

Where are you based, and what is the scene like in your area?
I’m from North Jersey, in a small town called Ringwood—isolated to say the least. It’s a beautiful place to live, but it doesn’t really suit me, as there’s really no music or art scene here at all. Pretty sure most people around here think what I do is a bunch of nonsense. NYC is about an hour away, though, so I can get my culture fix there.

When did you first get into bass music?
Honestly, my love for bass music goes all the way back to when I was a sophomore in high school. I was obsessed with D&B artists like Limewax, Counterstrike, Current Value and Nanotek, because it reminded me of an electronic version of metal. I was always obsessed with the idea of combining electronic and industrial elements into metal, as Fear Factory was my favorite band growing up. When I got to college, I met a homie who was a huge electronic head, and we were surfing the web for new music. We somehow stumbled upon Bar9 and 16bit, and I remember just thinking, “Wow, this is exactly what I’ve always wanted to hear from electronic music.” After that I drove out to Boston to see Rusko, and it was a done deal.

Which release would you consider to be your first big break as a producer?
I’d have to say the original version of “Fight Music” on my I.AM.Audio EP. That was the first song I wrote that was getting played out by artists I looked up to—like Getter, P0gman, 50 Carrot and Coffi. It was also my first release altogether, which is cool because now that “Fight Music VIP” is getting released, all my original fans can get that hype back. I’m not sure if I’ve actually had my “big break,” though. There were many times when I thought [I did] but then realized later it was just a steppingstone. I think my real big break will be when I get the opportunity to go on a real tour and show the world what I have to offer in my live performance.

How did your signing to Rottun Recordings come to be?
Shortly after my SMOG Records EP came out, Excision contacted me over Twitter saying he loved the tunes. I sent him over a pack of tunes, and together we picked out five that we thought would fit well for a release. Fast forward a few months, and the artwork and release date were in my inbox!

What was the inspiration behind some of the diverse sounds on the Chug! Chug! EP?
It’s hard to say, honestly. Every track on it has its own inspirations, but all in all, I think I just wanted to combine the elements of the heavier side of dubstep with the wonkier side I’m known for. The title track is a really good portrayal of my typical all-over-the-place, sample-heavy style, while songs like “Fight Music VIP” and “The Foz” are heavy dancefloor destroyers.

Which track is currently getting the most feedback?
“Fight Music VIP” for sure. Like I mentioned earlier, the original version of “Fight Music” was the song that originally got me noticed by a good chunk of my fans and the artists supporting me. I’m extremely picky with doing VIPs, as I try to stick with the mentality that if you’re going to make a newer version of something, it better top the original. However, I also believe that if it’s not broken, don’t fix it. “Fight Music VIP” was something that was a long time in the works and has been teased in mixtapes and live sets for almost a year now. I think right now is the perfect time for it to finally surface.

How would you describe your sound?
“Savage wonk” is the name I’ve given it. But to be honest, I really can’t stand labels. Subgenre titles have become a huge thing of controversy these days, and it’s quickly killing my brain cells. People can describe it however they want; but in the end, as long as they’re listening to it, I’m happy.

What’s up next after the Chug! Chug! EP?
I’ll have a song or two on the annual SMOG City compilation, and another single coming out as part of a compilation on Never Say Die. I’ve already begun writing for my next EP on SMOG early next year. Other than that, I’ve started throwing ideas together for the Savage Wonk Mix Volume 2, which is a big deal for me. I really enjoy crafting studio mixes, and I’ve saved a lot of new material to showcase in that. There will be another free EP in the Dubloadz and Friends series as well.

What can we expect from you in 2015?
World domination. (Laughs) But honestly, expect to hear more of a mix of genres from me. At this time, I have more music in the works than I ever have before. I’ve been taking the time to explore making other genres one at a time. A lot of the results aren’t where I want them to be yet, but it’s refreshing and enjoyable to make something besides just dubstep. I want to be able to comfortably make any style of music. I’ll always have plenty of wonk on deck to keep my fans fully happy, though. Dubstep will never die, but that doesn’t mean it’s all I want to listen to and make for the rest of my life. Fans needn’t be so quick to point the finger at artists and say, “You’re selling out” or “This isn’t the (insert name here) I fell in love with.” We’re artists; we want to push our boundaries. You can do graphic design for a living, but that doesn’t mean you don’t want to pick up a paintbrush from time to time.

5 Must-See Acts at Beyond Wonderland SoCal 2019