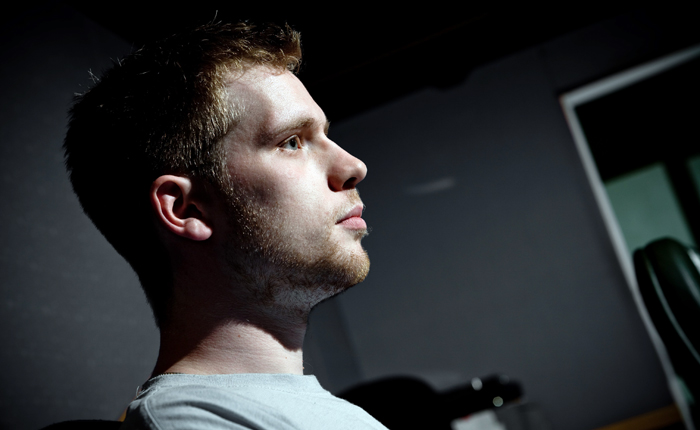 If we look back at the history of sample-based music, there can be no denying the pivotal role that drum breaks have played in its ongoing evolution. From the birth of hip-hop in the 1970s on through to revolutionary forms like breakbeat hardcore, UK garage, jungle and drum & bass, there is no denying that the art of sampling percussion-only breaks from vintage funk and soul records served, and continues to serve, as the raw backbone of entire genres of music.

But what is a breakbeat? In its rawest, classic form, DJs and producers would dig through countless crates of vinyl records, looking for those moments in a song when the percussive breaks or beats of a tune were clean and clear enough to sample. This was often found in the “breakdown” sections of songs, where the drummer would often get a solo; or sometimes there were moments in a song where a simple roll or fill used to bridge one section to another would be enough. Regardless, it was from this vinyl source that producers would then “sample” or record the “break” into a sampler, where they could then “chop” it into smaller elements, manipulate, shape, stretch, dissect and layer with other breaks and beats to create entirely new rhythms and forms.

It’s from this history that beat junkies like Bristol’s own Break has not only drawn his name from, but built his legacy on. Having earned his stripes on imprints like Ram, Metalheadz, Shogun, Exit, Critical, Soul:r, Eastside and most recently, Playaz, the backbone of each Break tune is a master lesson in creating futuristic music built on the DNA of vintage grooves. Who better to sit down with for an in-depth look at five essential breaks than the man Break himself?

“I was so obsessed that I even played with pots and pans before I had a proper drum kit; so I got the idea of beats and breaks pretty early on.”

When did you become aware or know what a breakbeat was?
I played the piano from age seven, and drums from about 12–13 years old, and always loved the sound of drums. I was so obsessed that I even played with pots and pans before I had a proper drum kit; so I got the idea of beats and breaks pretty early on. I always loved DJ Premier’s production, and DJ Shadow really inspired me with the use of samples and songs with heavy beats with no MCs.

At what point did you get into production, and what kind of gear were you using when you started out?
My friend at school, [who] had a sampler, introduced me to production when I was about 15. I was amazed he made his own tunes when I was just DJing and scratching. Chopping up my first Amen break on a Yamaha SU10 sampler was amazing! I could finally play my own versions of that beat. I got an Emu sampler a year later, and things got a lot more professional.

How did you get the name “Break,” and what did it signify to you when you were starting out?
I actually got the inspiration from DJ Hype and DJ Die. I liked short DJ names that an MC could shout out well in a lyric at a rave. I had my first club gig when I was 17 and had to get a name in for the flyer. Originally it was DJ Break, as I liked breakbeats and thought it was quite punchy to shout out. When I released my first record, A-Sides suggested I drop the “DJ” prefix and just go with “Break”; it stuck from there.

Talk a bit about layering breaks, as I know that’s an art form in itself. Give the bedroom producers out there a quick tip that may have taken you a while to figure out, but once you did, made your beats sound and flow better.
When you speed up a slower beat to D&B speed, a lot of the noise in between the hits becomes exaggerated; gating the drums helps keep it punchy, but leaving some flow in the top-end keeps the funk and realism. Often the old breakbeats don’t have much low-end, so it can help layering a new kick underneath for fatness. But picking the right one that blends in is the key, so it doesn’t sound computery and synthetic. In saying that, layering often creates problems with phase and loss of groove, so a lot of my tunes are just the original beat with a lot of hours re-equalizing and programming to make them sound modern. It’s much easier to use single hits, but you don’t get the funk or groove most of the time.

Are there any undiscovered breaks left in the world?
I reckon there are still loads out there; Latin music has great recordings and rhythms, and there are a lot of old, unknown tunes. I do have a few gems that most people don’t have. Annoyingly, often you use a rare break, and it ends up sounding like one that people already know, so it can be disappointing.

Do you have a secret stash or arsenal of breaks that you don’t mention, for fear of them getting played out?
There are many I’ve found on random vinyl that I know no one in D&B has used, which has definitely helped some of my tunes stand out. But sometimes you fall in love with a breakbeat while wishing you never started using it, as the groove is great. But I’ll go round for hours trying to polish something that’s rusty and crusty from the get-go; it’s the most frustrating part of sampling. That’s why a lot of the classic breaks are classic. They have the best of both worlds: recording and groove.

Have you ever tried to create your own original breaks?
I have recorded my own breaks in some tunes, but never to a level that I was that happy with. Virtual drum programs, such as Addictive Drums and BFD, let you create your beats with a pretty realistic sound, and quite a lot of my tunes have featured Addictive Drums. A big part of the sound of breaks, though, is the recording, cutting to vinyl, sampling, chopping in ReCycle, pitching up and then remixing. So the hope for new ones is endless, but I doubt anyone will make anything as good as an Amen break in a computer. I’ve definitely tried and failed!

Seems like the perfect moment to hit us with your Essential Breaks.
It was definitely hard to choose, as I can’t remember where many of my favorites are from or what they’re called—plus, I’m not particularly organized. But these are five favorites that spring to mind:

Make the page jump to listen to the music… 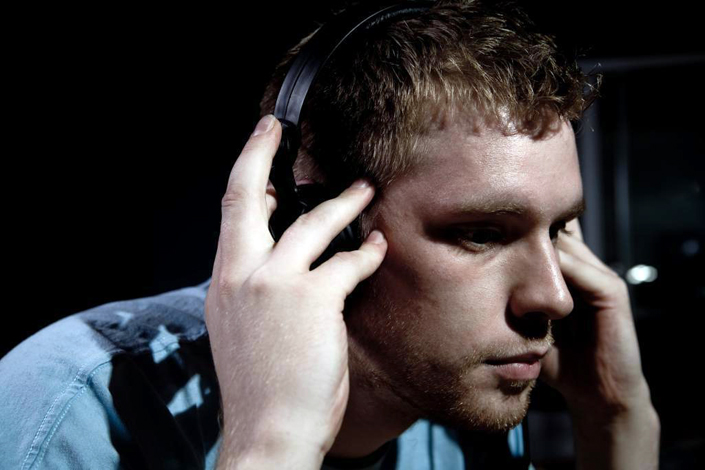 And here you go…an in-depth look at five essential breaks from the man Break himself.

Source: Dyke & the Blazers “Let a Woman Be a Woman – Let a Man Be a Man” (Original Sound, 1969)
I’d heard it in hip-hop, but when Digital and Spirit used it in “Phantom Force” it blew my mind, as it’s one of the chunkiest beats I’ve ever heard. The groove is perfect for D&B, as it’s slow to start with and has a really good swing on the rides in the middle. I used it quite edited and gated on “Evil Twin,” “Vanishing Point,” “The Drone” and “Is This What You Want?” It was annoying, as I wanted to do a full tune with the original-sounding break, but Digital and Spirit had already nailed that with a classic track; hats off to them. I’ve nearly worn out my vinyl from playing it out so much.

Source: The Winstons “Amen Brother” (Metromedia, 1969)
This one has to be in the list, as it’s basically what got me into jungle. I’ve never managed to buy the vinyl, since it was always very pricy for a mint copy, but I do have several CD and vinyl rips of it. Two of my best Amen tunes I made were “Yes” and “Food for Thought.” On “Yes,” there is only the original Amen on its own for the whole tune, with no layers, as that was my goal at the time. I split the Amen break into five layers: kick, snare, hats, distortion and transients. It was a two-day mission but totally worth it.

Source: Power of Zeus “The Sorcerer of Isis” (Rare Earth, 1970)
Bit more of a rare one, but a great groove and sound. A lot of the breaks I’ve used take a lot of work and often aren’t that recognizable from the original, but the original swing and drum sound are the most important thing I look for. Often the slower, less busy beats are great for two-step or neuro patterns, but sometimes all those ghost snares and kicks can be a problem at 174bpm. I used this one on “Isis.” A lot of my track names are an homage to the breakbeat used, so that’s a good clue to finding out other ones in my catalog.

Source: Love “Doggone” (Blue Thumb, 1970)
This one is like a James Brown beat crossed with an Amen. The track features a really sick, long drum solo, and there’s loads of stuff in there I haven’t used. The main groove is really fat and woody, with chunky hats. I used it in my track “The Myth,” and even though the recording is good, I spent a while on that one trying to make it sound like Dillinja. You’ve reminded me to pull that one out again.

Source: Jeff Beck “Come Dancing” (Epic, 1976)
I used this break on “Let It Happen” and added a lot of high mids, as it sounds great as a warm, ‘70s funk/rock beat. But to cut over heavy sub bass, I did a lot of crunching out. The groove is just so rolling on the open hats and ghost snares, that a lot of the credit for “Let It Happen” is due to the original break.