One would be hard-pressed to find an audience as passionate as trance enthusiasts. Trance music acts as a unifier and a reason to connect, especially through online forums—a trance globalization, if you will. Pioneered by genre icons such as Armin van Buuren and Above & Beyond, trance has become a worldwide movement with a mass global following. Below are 10 places with massive trance scenes that are home to the different shapes and sizes of the international trance family.

Although trance originated in Germany, London is often held as the center of trance by fans. Home to Anjunabeats HQ, London plays an integral role in the global trance scene and is where Above & Beyond’s Tony, Paavo and Jono reside. Early years saw London chomp into classical trance, with artists such as Paul Oakenfold shaping the genre as we understand it today.

Nowadays, we see boundary pushers such as Londoners Simon Patterson and Ilan Bluestone paving the way for us to romp and stomp. The current musical trend from London is much less gentle and is instead punchier, with a fuller body than the classics, to appeal to a wider festival audience. Any trancescenders out there looking for a good night should head to Gallery, which is an hour out from London.

The most famous subgenre of trance in India is Goa trance. It began in the 1980s, when electronic sounds from Europe were fast happening. Influenced by the hippie culture of India, Goa trance soon turned into psychedelic trance, best known as psytrance. The local albums Project II Trance (1993) and Order Odonata Vol. 1 (1994) best personify this movement.

While psytrance was historically championed in Goa, the rest of India has welcomed mainstream trance with open arms in recent times. Mumbai played host to Armin van Buuren’s A State of Trance (ASOT) 700 festival, while many Anjunabeats tours have touched down in venues like Dublin (Hyderabad) and Eclipse (Bangalore). Sunburn Festival in Goa is India’s premier electronic music brand and the largest three-day electronic music festival in Asia, with over 30,000 fanatics welcoming the cream of the crop in trance, from Armin to Sander van Doorn and Paul van Dyk.

The trance boom in Sydney and Melbourne was a ticking time bomb that, after brewing for some time, exploded two to three years ago. Promoters Genesis took to Home Nightclub in Darling Harbour (Sydney) to reinvent the scene. Another huge contributor to the growth Down Under is a Facebook group turned pseudo-religion: Trance Music Appreciation Society, a forum for sharing and discussing music, connecting with fellow trance-heads, and selling event tickets. The Society is run by Lorin Pearce and Brendan Goddard, who commented:

The popular sound at the moment is the half-cocked psytrance, i.e., big kick and bass, no significant melody. We are getting more youth excited in trance because of its presence at big festivals. They get a taste of it and come across and experience trance in a club setting. It’s the strongest trance scene we have ever had. I see the mainstream side of trance really taking off. There are already new promoters in town trying to get in on the action at established clubs. In 2016, we will see more subgenres of trance being pushed in the underground; progressive trance will get some love.

Spearheading the recent trance momentum in the nation are Dutch-born, Australian-raised producer MaRLo; Totem OneLove Group, one of Australia’s leading electronic music brands; and festivals like Stereosonic, which has helped bring trance to the mainstage. Additionally, Above & Beyond is set to bring their acoustic show to Sydney in 2016.

In regard to trends, the bush doof scene—which consists of multi-day raves in remote patches of the Australian bushland—has been essential to the underground electronic music culture in Oz since the 1990s. Bush doofs have become arguably more popular than mainstream trance, as many of the bigger mainstream festivals in Australia have folded, including Big Day Out, Harvest Festival and Parklife Music Festival. Bush doof events, such as the popular Rainbow Serpent and Earthcore, showcase local and international Goa trance.

See it and breathe it in the Netherlands. Home to Armada Music, Amsterdam is often considered far more producer-oriented than audience experience-focused. Trance clubs and regular nights are few and far between, but what lacks in the club scene is made up for in local, large-scale events, such as Amsterdam Dance Event (ADE). Notable festival organizers ALDA Events, ID&T, UDC and Q-dance are responsible for festivals like Luminosity, Mysteryland and Tomorrowland.

It is commonly accepted that there is something in the Dutch water, with international producers Ferry Corsten, Richard Durand, Menno de Jong, Armin van Buuren and Tiësto all hailing from the Netherlands. If you’re heading to Amsterdam, make sure to stop by Utrecht, a nearby university town, which made a name for itself by throwing giant festivals, including ASOT earlier this year.

In a lot of ways, the Toronto and Sydney trance scenes parallel one another. Toronto, like Australia, also has a part Facebook group, part trance phenomenon, Trance Family Toronto, the Canadian version of Sydney’s aforementioned Trance Music Appreciation Society. Local Canadian promoters Ozmozis Productions regularly host the best trance producers, such as Orkidea and Bryan Kearney, while many trance greats have touched down in the city’s Toika Lounge.

Russia is a melting pot of potential, talent and late nights. Billionaires and big buildings make for a growing trance scene. The crowds in Russia are incredibly passionate and well educated in their music. Those not used to hearing “trance” and “Russia” in the same sentence should know Bobina is the nation’s largest trance export. The underbelly of the scene sees a psychedelic trance movement, welcoming parties showcasing international talent such as Skazi, Rinkadink and Growling Mad Scientists. In addition to must-see venue Stadium Live, the nation’s scene also includes Insomnia Records, the oldest active psytrance label in Russia.

Infamous for its wild antics, energy and vibe, trance parties in Israel are on another level. Israel is responsible for a large portion of the expat scene in Goa, as post-army men flocked to India to let loose. Trance-heads in Israel have a plethora of psytrance festivals to pick from, including the thriving indoor and outdoor festival scene around Galilee in the north and the Negev Desert in the south. The psytrance scene prides itself on its word-of-mouth nature, largely inaccessible to the general public (shhhh, see here). 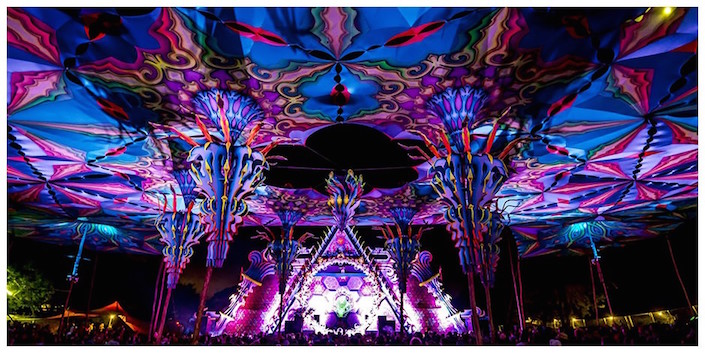 South Africa plays home to both a roaring psytrance scene and a mainstream trance community. From New Year’s Eve festival Rezonance to ASOT, everything can be experienced in South Africa.

The South African settlement of trance began in 1994, most notably at an indoor warehouse party called the Essence of Fluorescence, which later collaborated with Etnica to produce a 2,000-attendee world-class event. Today, the summer months are filled with outdoor psytrance parties and have infused the youth culture with hippie behavior.

Argentina is one of the top cities with a thriving trance scene, as the locals have an unbeatable zest for life. The scene began in 1994 during a beach party in Mar de las Pampas and has since been refined by artists Chris Schweizer and Heartbeat.

More recently, Armin van Buuren legitimized Argentina as a trance capital when he hosted ASOT 500 in Buenos Aires in 2011 at Estadio GEBA, with a lineup composed of Jochen Miller, Dash Berlin, Markus Schulz, John O’Callaghan and W&W. The responsive crowd warranted a second visit during ASOT 650 in 2014.

Brazil is a bustling country that oozes many trance subgenres from north to south year in, year out. Larger festivals are held at the beaches of Bahia, such as Universo Paralelo, and boast high-end production value. Brazil enlists the help of lighting, sound and stage designers from Italy, Germany and South Africa to decorate the outdoors, highlighting the beautiful native trees and lakes. Expect parties to begin at midnight and finish the next day at 4pm. Brazil is also a premium touring destination for top acts such as Orjan Nilsen, Giuseppe Ottaviani and John O’Callaghan.

This year, Electric Daisy Carnival expands into Brazil for the first time ever, happening December 4–5 at Autódromo de Interlagos in São Paulo. “We are very proud of being in this promising market of electronic festivals with an event of this magnitude. We intend to offer to the Brazilian audience a superlative experience and a lineup never before seen in Brazil,” said Fernando Alterio, president of South American entertainment company and production partner Time for Fun.