Dave Ralph has made a career as a dealer of trance music. In the early ‘90s, Ralph—now a talent buyer at Insomniac—worked in a record store in his native Liverpool. Hyped up on the trance sound after hearing Laurent Garnier play Hardfloor’s 1992 banger “Hardtrance Acperience,” Ralph became the gatekeeper for the shop’s trance offerings.

In that pre-internet era, music distributors would call the store and play Ralph their freshest records over the phone, and he’d decide how many copies to order. In 1996, he bought out a distributor’s entire stock of B.B.E.’s seminal “Seven Days and One Week.” His store was the only shop in the UK that had it, and they made a fortune with it. Ralph gave away a single copy to his pal Pete Tong, who played it out the following Friday. “Everyone fucking lost it,” recalls Ralph.

Ralph handed out other favorites to his circle of DJ friends, which included Paul van Dyk, Paul Oakenfold, John Digweed, Sasha, and Tong. An established DJ in his own right, Ralph watched the genre rise as he played for increasingly larger audiences around the globe while on tour with Oakenfold. It was out on tour that Oakenfold played for a crowd of 100,000 at London’s Wembley Stadium (as the opener for U2), in what Ralph calls trance’s peak moment.

Then, as it usually goes, trance was washed. It became cheesy and over-commercialized, drawing—as Ralph says—a “gate-crasher” crowd. Audiences moved on to the progressive house sound emerging from Sweden, while trance returned to the underground of longstanding genre hubs including Goa, Tel Aviv and Singapore. 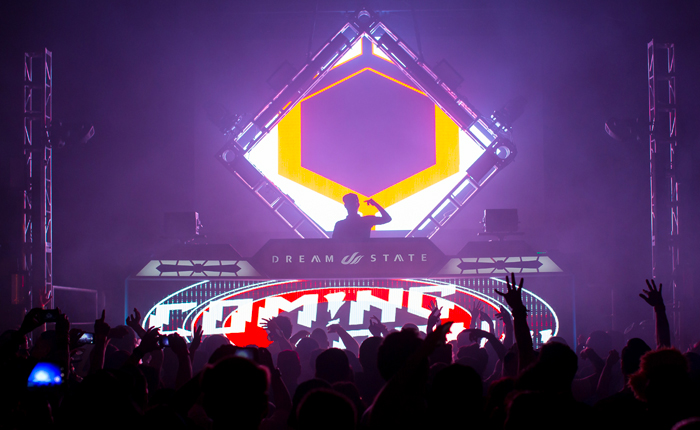 Now, more than two decades after its first wave of popularity, trance is back. Last November, Insomniac debuted its first-ever standalone trance show, Dreamstate. The two-day event sold out in four hours, making it one of the fastest sell-outs in Insomniac history. The lineup bridged generations and styles, featuring Oakenfold, van Dyk, Simon Patterson, Astrix, and more.

Dreamstate is now poised to become one of Insomniac’s biggest brands, with forthcoming shows planned in cities throughout the United States and beyond. EDC will also feature a Dreamstate stage featuring a day’s worth of trance music from the genre’s biggest stars.

When did you first see the seeds of the trance resurgence?
When I started at Insomniac, which is almost three years ago now, I could never figure out why we didn’t book any trance.

Because the genre was so personal to you?
Yeah, because I loved it, but I also felt that whenever we did book a trance DJ, the feedback we got from the kids was the loudest. Like, “We love this guy!” Or, “This guy fucking sucks; you should book this guy instead.” It was, by volume, significantly more than any other genre.

Who are the modern trance fans?
The old guard—the stalwarts who have been there forever—are going to support the genre wherever it is. There is also a ton of young people. A kid who’s been the biggest Hardwell fan for the last five years can do a sidestep right into a Dreamstate show, because it’s a similar tempo and feeling.

So, you feel that there are corollaries between EDM and trance?
Exactly. It’s an easy sidestep for someone who was really into EDM and is looking for something new.

You mentioned that everyone at Insomniac was surprised by Dreamstate’s quick sellout. To what do you attribute that response?
People are just dying for it. They’ve been starved for it for so long. Think about it: It’s been 10 years since anyone has attempted to do anything like we’re doing—even more, probably. People who were 18 when they went to trance shows are in their early 30s now and still love the music.

Have you gotten feedback from the old guard—van Dyk, Oakenfold, and all those guys—about what it was like to step into an event where trance is once again the focus?
Oakenfold and van Dyk are beside themselves. We actually made them Dreamstate ambassadors. They’re so well respected by their fans and peers that we decided that either one or both of them would play every Dreamstate show. They will carry the brand.

I remember watching Oakenfold play Dreamstate last year; he didn’t really know what to expect. I was standing behind him onstage, and he turned to me and said, “Do you reckon I should turn up the heat?” I was like, “Paul, it’s a fucking trance party, man!” He had the time of his life. After, he told me that he doesn’t get the chance to play like that all the time anymore. The crowd was with him on that journey. It was fantastic.

Who are next-generation trance stars?
John O’Callaghan is not that young, but certainly a good name. Ben Nicky I like. Jordan Suckley I like a lot. On the more progressive side, Ilan Bluestone I like a lot. I like Andrew Bayer. It’s really nice right now, because it’s not like any other genre, where you can list 50 names. It’s a tight-knit community. I do think that’s going to change as the sound gets more popular. There will be more trance DJs, for sure.

Will trance continue to endure, now that it’s back, or is it just a trend?
I don’t think it’s back yet; I think it’s on its way back. It’s close to being back. That’s what’s exciting, to watch it grow. People are calling every week now, asking, “Hey, can we look into putting on a Dreamstate thing?

Dave Ralph will moderate the Resurgence of Trance panel at EDMbiz 2016 on June 16 at 3:30 pm (Augustus Ballroom).