On a typically sunny morning in Los Angeles, a dozen kids run around a grassy area with cameras in their hands. They look for the just the right background as they try to frame themselves for the perfect selfie. One has another kid work the camera while he jumps into the air heroically. They’re all smiling and laughing as they learn to express themselves through the art of photography. An onlooker might never guess that every one of them has survived or is in treatment for cancer. 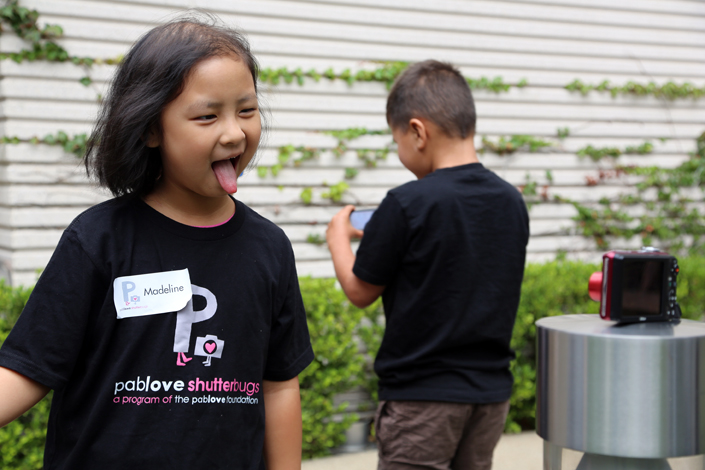 These kids are part of the Pablove Shutterbugs mentorship program, an initiative run by The Pablove Foundation. This unique organization supports research for vastly under-funded pediatric cancers and provides an educational, empowering community for families. They also go above and beyond with programs like Pablove Shutterbugs to improve the quality of life for children living with cancer. That is why at this year’s EDMbiz Conference Insomniac chose Pablove to receive their annual Leading the Way Award, along with a $50,000 donation.

“There are just so many ideas out there that are out-of-the-box thinking,” says McMillan. “And that’s exactly what we want to encourage.”

Like The Pablove Foundation, Insomniac is dedicated to making a positive impact on the world—from the love and music shared at our events to the communities that surround them. That includes helping causes that need it most. Through the Charitable Giving Initiative, Insomniac has donated approximately $600,000 over the last two years to a variety of nonprofit organizations that focus on health and safety, arts education, community, and the environment.

Each year, more than 15,000 children and teens are diagnosed with cancer in the US alone. While the number is higher for adult cancers, when you take into consideration the total life years lost, the toll the disease takes on our children is staggering.

“When you save a child’s life—who is on average diagnosed with cancer around age six—you are saving around 75 years of life total,” says Megan McMillan, Community Affairs Director for The Pablove Foundation. “That kid is going to grow up and be healthy and thriving and contribute to society.” That’s not to undervalue the lives of adults with cancer, of course, but here are countless children who may not even get their chance to become adults.

Yet pediatric cancer receives only 3 percent of all cancer funding, and many of the causes remain a mystery. Unlike lung or skin cancer, which can often be explained by lifestyle or chemical exposure, children’s cancers are more elusive. 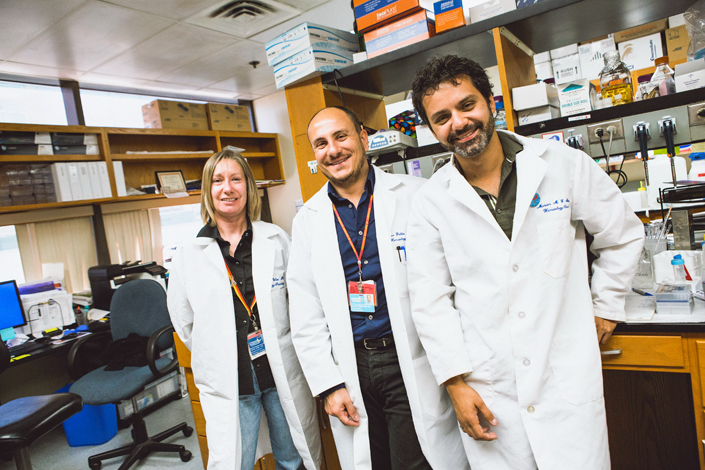 “So often, it seems like it’s something that’s not behavioral at all, that’s not a known environmental trigger; it’s something that’s within the child at birth,” says McMillan. “There are so many things that come into play, but it’s happening so early that we can’t figure out the ‘why.’ And that makes it so much harder to treat and impossible to prevent.”

It’s the stuff of sci-fi nightmares: a diabolical intruder that scrambles your defense systems, turning them to its own advantage.

That’s where the research grants come in. To tackle the complex challenges posed by pediatric cancer, Pablove aims to fund innovative ideas that might not otherwise receive financial support—whether it’s a promising new investigator who doesn’t yet have million-dollar grants at their disposal, or it’s an established veteran with a brand-new idea outside of their typical purview.

“There are just so many ideas out there that are out-of-the-box thinking,” adds McMillan. “And that’s exactly what we want to encourage.”

That encouragement comes in the form of $50,000 seed grants—just the tip of the funding iceberg, they act like venture capital for scientific research. A big idea needs big money behind it, and that money is certainly out there—via huge federal grants from the National Institutes of Health (NIH). But in order to qualify, researchers must establish sufficient preliminary data, which of course requires start-up funding to attain. Pablove’s seed grants help them get past that catch-22 by funding them for a year or two—enough time to establish the data they need to get the big-level funding.

One such researcher is Muller Fabbri, M.D., Ph.D., who has caught the eye of the entire scientific research community. After a very productive initial year investigating an uncharted path of treatment, Dr. Fabbri has received a second year of Pablove Foundation funding—made possible by the donation from Insomniac—that will allow him to complete the work needed to submit a strong NIH application. 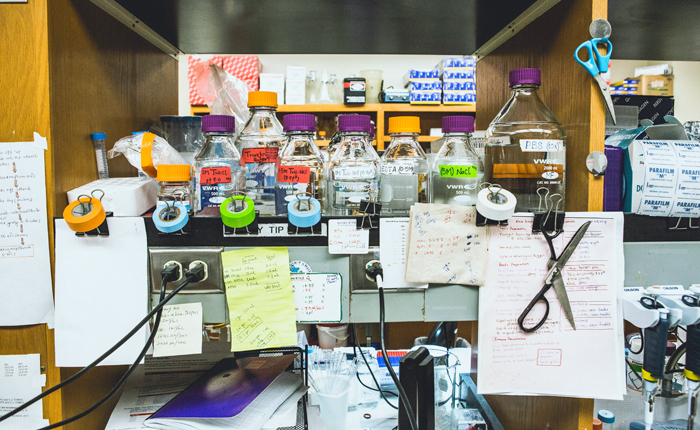 “He was a young, extremely bright researcher with a brand-new idea that nobody else was looking at, and it had the potential to make a world-changing impact,” says McMillan. “And because we invested in him early on, he’s able to put together this really strong application, and that idea is going to be translated into a completely new way of cancer care. That is really exciting; it’s exactly why we do what we do.”

“It’s so exciting when you have something, and you know that it’s novel. That is when there is no Saturday, no Sunday—you just want to get it done.”

Cancer research is approached at all scales—from micro-level studies to full-scale clinical trials. Dr. Fabbri’s work takes place in what looks like a standard lab, dotted with microscopes, centrifuges and other gizmos anyone would recognize from science class. Here, he and his team are studying neuroblastoma—a common pediatric tumor and the most prevalent cancer in infants—and how its cells communicate with those of the human immune system.

What he found is that the cancer cell sends a signal to the immune system—like an envelope containing a two-part message: “Do not fight me,” and “Help me.” The immune cells respond with signals that essentially tell the cancer how to survive and resist chemotherapy. “Not only is the cell not fighting the cancer,” explains Fabbri, “but it’s actually helping.”

It’s the stuff of sci-fi nightmares: a diabolical intruder that scrambles your defense systems, turning them to its own advantage.

The team is investigating several strategies to combat this phenomenon, some of which have already shown immense promise, and they hope to report their findings in a high-impact scientific journal. The paper submission process can take up to a year, including peer review and the oft-required follow-up research.

“While that whole process is going on, of course you have to continue to do your experiment,” says Fabbri. “Sometimes you also try to anticipate where the weaknesses in the paper are… Besides that, every time you try to answer a question, you end up having 10 more questions to address. So it’s important to keep having support for your work, and that is why foundations are vital for us.”

And so Dr. Fabbri’s work rages on, with one grant leading to the next, and each eureka moment opening up whole new paths of inquiry and countless more hours of research. But this is how it’s been since the beginning, when he started this side project while completing his Ph.D. in Naples, Italy.

“It’s so exciting when you have something, and you know that it’s novel. That is when there is no Saturday, no Sunday—you just want to get it done.”

Pablove Leads the Way Toward a Cure