You don’t need to follow boxing to be familiar with the phrase “Thrilla in Manila.” For those who are not, don’t let it get to you. It’s only the tagline for one of the greatest fights of all time—between Muhammad Ali and Joe Frazier. No big deal. Now that we’re all on the same page, you’ll clearly see the connection with the knockout collab between Sultan + Shepard and Futuristic Polar Bears. 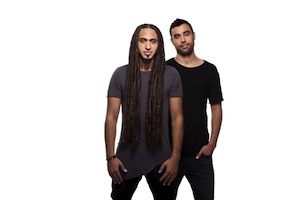 Aptly titled “Manila,” the progressive house number is packed with the power and finesse of two of the most prominent production units in any division of dance music. Released through Sultan & Ned Shepard’s Harem Records, it’s been landing in the sets of the scene’s most notorious heavyweights and is a contender for the strongest track of the year. Yes, it’s a banger (we already checked). 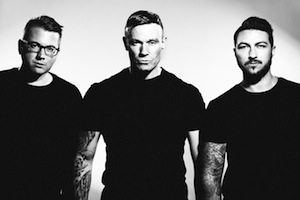 On the heels of the huge prog-meets-future-house hitter, both entities square up for a little toe-to-toe action. Instead of duking it out, though, the guys take turns firing off questions for a three-round main event. Each corner is allowed to swing out with three Qs per round, and when the bell rings, a new topic is introduced—including production, performance and the final free-for-all round.

Round 1: In the Studio

Futuristic Polar Bears: Let’s kick off with an easy one: What’s your favorite plugin?
Sultan + Shepard: McDSP filter banks, simply because they are the best-sounding filters we’ve come across. We use them on every track!

FPB: Like us, you both have musical backgrounds; do you ever incorporate live instruments into your productions?
S+S: Yes, on every song. Ned plays keys, and Sultan plays guitars. For us, every song or remix that we do starts on keys and guitars, and we jam out the chord structure. A lot of guys just draw in the MIDI notes when they produce, but having real instruments defines the bones of a song and really makes a difference for us in a song that sounds good, and a song that has real legs.

S+S: What’s your go-to virtual synth?
FPB: Spire, without a doubt. You get warm, rich analog sounds, amazing filters, coupled with a massive array of modern, versatile presets… what’s not to love?

S+S: Do you use any analog or hardware gear in the studio?
FPB: Nope. We can achieve everything we need through soft synths. For mastering, we go to an amazing company down in London that have an amazing studio full of analog hardware. That gives the sound a lot of warmth.

S+S: Do you prefer working during the day or at night?
FPB: Nighttime is where we are most creative, as we don’t get disturbed with calls and emails.

FPB: Any pre-gig rituals?
S+S: Shot of tequila for Ned, and a glass of champagne for Sultan to start the night.

FPB: On tour, we like to play FIFA. If we had a Sultan + Shepard vs. Polar Bears FIFA tournament, who would win, and why?
S+S: You would! We don’t own FIFA!

S+S: Do you think the drink culture in DJing has changed over the years, with more and more DJs going sober?
FPB: Yeah, I think a lot of it is down to the packed touring schedules a lot of DJs have these days. There’s no time to fit in a hangover, haha! You’ve also got to remember that being a DJ is now a career; it’s not particularly professional to be leathered at every gig!

S+S: You’ve toured across both the US and Europe. What are the biggest differences that you’ve noticed?
FPB: Both have their unique points: The US crowds are crazy, whereas the Europeans are really educated on their music. We love playing both!

FPB: We know you guys are into basketball. Who’s better?
S+S: I (Sultan) play every morning, but when Ned does play, he’s still got some skills!

FPB: If you could go back in history, whom would you like to meet?
S+S: The Buddha. So much has been said about him, but it would great to just see how he acted on a day-to-day basis.

FPB: If you could learn one random skill, what would you learn?
Sultan: Animation. I love being creative with different visual elements.
Ned: Drawing. I can’t draw at all, and it seems like such a simple and amazing skill to be able to express yourself through just picking up a pen.

S+S: What’s the first thing that you do when you wake up, and the last thing you do when you go to sleep?
FPB: On a weekday, it’s check my emails for both! On the weekend, it’s more chilled: probably make a cup of tea (standard Brits!) in the morning and have one last beer before we go to bed.

S+S: What movie best represents FPB, and why?
FPB: It’s All Gone Pete Tong. Haha, only joking. The new Entourage movie sums it up quite well, we think. Our manager is a lot like Ari Gold, and we have a great group of friends around us that keep us grounded (we just need to swap the UK for L.A.).

S+S: Did you guys always want to be DJs? If not, what did you dream of being when you grew up?
Luke: I wanted to be an airline pilot, but being a DJ is a good second best, I guess!
RHYS: I always wanted to do music from an early age, so this is my dream job. Work hard at what you love, and the perfect job will find you!