Between a tour promoting his stellar X Colour album, running his impressive label Lobster Boy, and preparing for EDC Mexico 2016 and Beyond Wonderland SoCal 2016, he still finds time to paint, hang with his family, and reflect on his contributions to the changing landscape of dance music in 2016. This week I managed to catch up with one of the UK’s hottest producers, Redlight, and pick his brain. 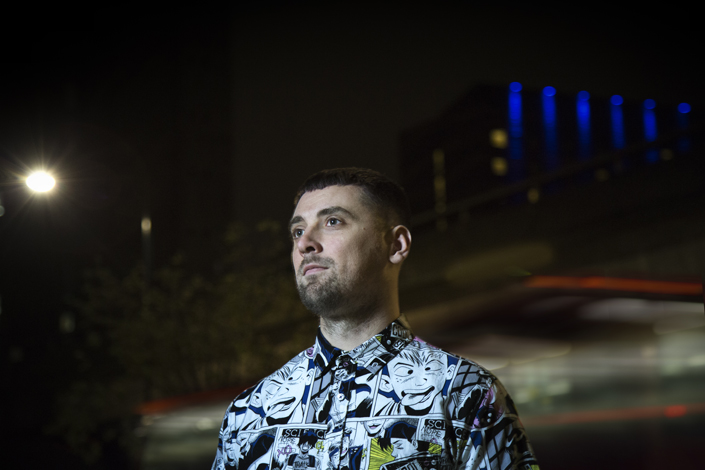 Tell me a little about your label, Lobster Boy. When did it get started, and how many artists are you representing?
Lobster Boy started in 2009. We don’t hold anyone exclusively, but we work with five artists at the moment. We invest so much time and effort into the label, and people have to respect how much effort we do put into artists. It definitely helps their careers. All I want from the label—it’s not a money thing—is quality. There is a new mix we just put on SoundCloud with tracks from over the last five years that we’ve already released. You can hear from that, that it is not a single genre; you can’t pin it down. I am very proud of the artists that have made those tunes, and I am very blessed and lucky they have passed through the label and made them. Lobster Boy is constantly evolving, and it is constantly a different direction than what other people are doing.

You were making jungle music before, but you’re pursuing a different direction now. Tell me about that change.
This was the music I grew up on, and I have a lot of respect for it—especially that earlier sound—but the reason I left was, I felt like there was nothing that I could add to the culture that I would really be proud of at that point. I think everyone had done such a good job before me, and I wanted to find my own way with something new that I could call my own.

How is the culture of the music you are making now different from the culture of jungle music?
I always look back at the ‘90s culture of jungle, and drum & bass, and garage, and everything else when I’m making my own music, and obviously we were kind of responsible for the emergence of bass music from my earlier tracks. But for me, it is all about keeping moving. I don’t want to be pigeonholed into a certain sound. Art and culture is about finding new things and discovering new things and trying to find your way around this crazy world of music. For me, that’s what’s exciting, and that’s what X Colour is about. It’s 10 different colors, 10 different kinds of sounds that represent me.

A lot of DJs and producers feel it’s too risky to combine multiple styles or genres into a single release, but you made that the theme of your album. Dance music is really known for singles, but you chose to release a whole album. Was this a conscious choice?
It’s got a lot of different inspiration in it, sure. I’ve grown up with a lot of different British music around me. Coming from nightclubs and underground street culture from the UK—rave music, jungle, grime, garage, house—if I had gone out and said, “Hey, I’m a house act” or “I’m bass music only,” than all your bookings would represent that as live shows. But for me, it’s all about just pushing through. People just know that I’m Redlight, not that I am this type of music or that type of music. I can mix it with the best of them, and that’s who I am. I have been involved in this culture for a long time, and I am proud to say I have influenced it as well. I don’t mind where I am placed, because I know I will represent what I do to the max, and no one else can do that. Album-wise, I think it is important to get albums out, especially of electronic music… It’s a journey, like a storyboard. Making an album out of a few singles or a couple of bangers is not an album, to me; it’s just a collection of songs. 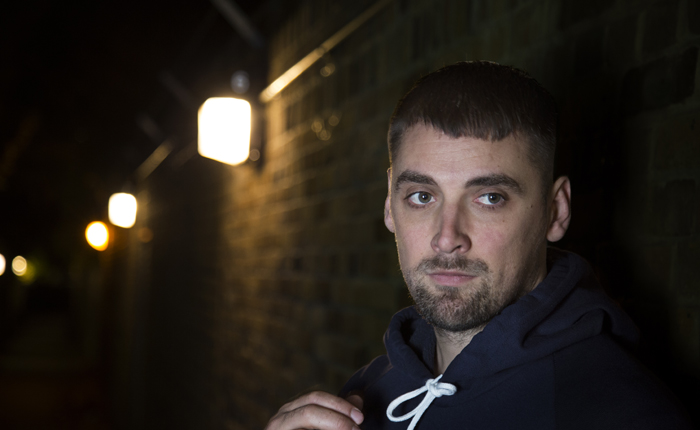 You are back and forth between London and New York quite a lot. What is it you like about New York? Your sound and direction are in the minority in the lineup for EDC Mexico. What are your thoughts on being in the mix with other DJs and producers known more for EDM?
You know what it was—a couple of things. Insomniac has been really supportive of me and this album and wanted me to do the festival, and that was really great. Second, a couple of my friends have previously played there, and they said it’s so much fun, and it is such a different experience to what you’d have in England. I just want to spread my sound and get it out to the world.

New York to me, these days, feels quite creatively on a similar level to London. It is not far on a plane, and it feels like there are a lot of people there that are up for collaborating… a lot of good singers and artists. And Verboten and Output are really smashing it in a way that lends more to the British style of clubbing. There is a good vibe in New York. It is the city of dreams, isn’t it? The mix of cultures in New York is incredible; it’s a city of contrast.

How do you handle all the traveling?
Generally, I like to get in and out quickly. It’s good to keep it moving so the jet lag doesn’t catch up with you. I DJ with a USB key on CDJs; I travel real light—hand luggage only [laughs]. In and out of security fast!

What inspires you? Anything in particular?
Everything inspires me, but only a certain amount of inspiration comes to the four walls of your studio. You gotta go out and search for inspiration. Go to different cities, sit in different atmospheres, learn different things about different cultures, experience different sounds, and be in different settings… It all helps you.

What are you doing when you are not getting inspired and making music?
My family is really important. I used to really love film, probably more than I do now. I love partying, listening to music, I paint… I spend all my time doing creative stuff. I will never just sit around doing nothing.

What’s on your brain now? What’s next?
That album for me, X Colour, is expressing songwriting amongst my beats; I’m weaving a certain story. I feel like I have accomplished that, and we are going to keep promoting that all through the year. We have more video looks, and there are remixes coming; I have done a remix of “Where’s the Love?” At the end of next month, I am going to release part II of that album, which is more representing the club side.