Adam Freeland would like you to forget everything you know about Adam Freeland—so much so that he joined a new band and released their music rather anonymously. The group is called The Acid, and it represents a bold step forward for three well-established artists—Freeland, Steve Nalepa and Ry X—who have each earned stellar reputations in their own unique musical fields. For Freeland, once a breakbeat darling, it was a necessary step forward in a journey that took an unfortunate turn along the way. Gaining fame, being labeled within a specific genre, and then being expected to perform within that context turned creativity into a locked cage. 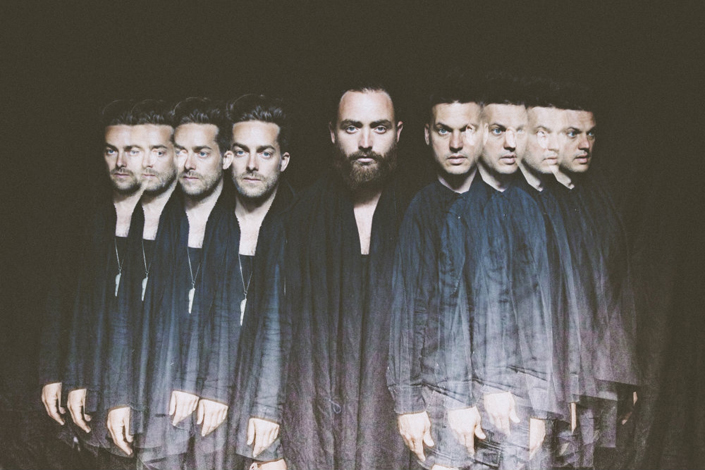 It’s not that Freeland isn’t grateful for the life he leads. He still loves to DJ, produce music, and please fans. He also appreciates the opportunities afforded by having toured the world for 17 years, scoring a Grammy-nominated film, and owning his Marine Parade record label. He just wants to feel more like his name—free from that cage—and he’s found that with Ry X and Nelapa.

On Liminal, their first full-length, The Acid achieves a purity of sound; an orchestrated mix of melodies created by synths, percussion and guitars, combined with natural sounds of birds, bicycles, jackets and street ambiance. The end result actually elevates one’s mood.

We caught up with Freeland on a day filled with children’s play dates, interviews, packing for his band’s tour, and of course, celebrating the release of Liminal in America.

I was known as one of the pioneers of the [breaks] scene, but as soon as it became a scene, it became very limited in what that sound was. I’ve always felt that I wore that baggage around my neck.

Are you collaborating with any other artists right now, apart from your band?
I’m working on a project with Paul Hartnoll from Orbital, who also lives in Brighton. But to be honest, we haven’t released anything yet. The Acid is really my focus now.

You recently said that as soon as you attach yourself to a sound and scene, your true creativity lies down to die.
(Laughs) That may have been a bit of an overstatement, but carry on.

You are known as one of the pioneers of breaks. Would you say that is where your heart lies? Your true passion? Your favorite kind of music?
No, I wouldn’t, really. I have always been into stuff that isn’t really dance music or has a straight beat. I was one of the pioneers of that scene, but as soon as it became a scene, it became very limited in what that sound was. I always felt very restricted in becoming “the breaks guy.” I felt that it didn’t represent my broad taste. I’ve always felt that I wore that baggage around my neck, because it limits you to do a certain thing.

Then the whole audience expects you to play breaks.
Yes. If you listen to my first mix CD, it was downtempo, drum & bass, house, and all sorts of stuff, but then the scene that followed was less open-minded, so I felt restricted. A lot of my releases have been varied, and I think that frustrates people. The Back to Mine album I put out about eight years ago had sort of psychedelic rock and weird stuff that had nothing to do with electronic music. I got reviews saying it was “chilled-out breaks,” just because that’s what someone expected me to do, but they didn’t even listen to the fuckin’ record.

So with your new band, your appetite for creativity is being fed.
Yes. That scratch is being itched. What I am enjoying about The Acid is having a new name. Creatively, it is very liberating. I’m doing what I did before, and that is making music I want to hear.

What else is new with you?
To be honest, The Acid is all-consuming. Our record just released in America, and we are touring. Just this week alone, I am going to be in Switzerland, Ireland, back to England, and then Australia.

So, no surfing?
Well, I am good at making the most of it all. I went swimming in the sea this morning. I’ll do some surfing when I go to Byron Bay. Ry is a really good surfer.

How did you guys meet?
We met through a mutual friend, Sam Jackson from Australia, years ago in L.A. Then I lost touch with him. Then we were at a mutual friend’s birthday party, Dugan O’Neal, the same guy that made the “Basic Instinct” and “Fame” videos. He’s just a mate of ours in Silver Lake. 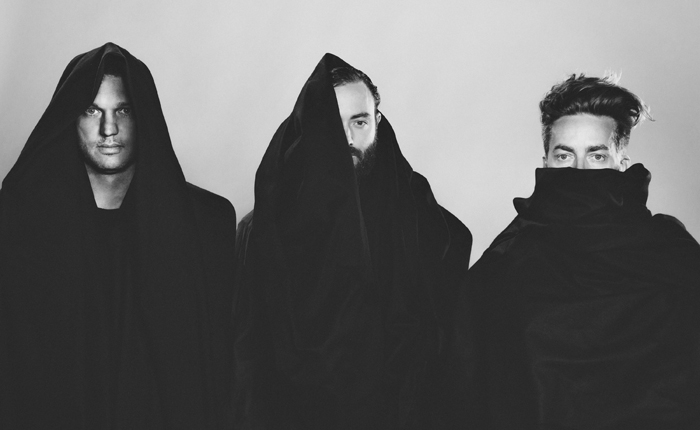 Speaking of your time in L.A., I remember when you lived there, you were a little anti-Facebook and concerned with protecting ourselves and our personal information.
Well, especially with the releases by Snowden. You have to assume that everything you do in the digital domain is being logged. So, be it Facebook or Google or whoever, that’s the reality we live in. There are a lot of things I don’t get involved in. You have to choose which ones you want to wrestle with. You need to be smart. I don’t even think most people realize what they are doing, and I think the general coffee table response is, “Well, I’ve got nothing to hide.” Snowden has some very compelling arguments as to why you should be aware. Because who knows where we will be in the future, when your past can be recreated for you.

So much is known about us just by the information we share online. I mean, people are told they are pregnant even before they know they are, based on information about their eating habits. Some of us don’t even know ourselves very well. The idea of third parties knowing our information, it’s all fascinating. I used to be more paranoid about it all, but I think that you should embrace it. If you have a fear of it all, then they are winning.

Are there any activist groups that you support?
Oh yeah. The ones I financially support are Amnesty International and Greenpeace. I think that they expose interesting issues that are worth getting involved in. Then there’s the EFF—the Electronic Frontier Foundation. They are some pretty knowledgeable thinkers on the topic we have just been discussing: your shadow on the internet.

When did you and Steve (Nalepa) meet?
Six years ago, during my time in L.A.

Did you guys produce music together before The Acid?
Some. We scored a documentary. I would tell you the name of it, but it’s just a working title. It hasn’t been released yet. He engineered on a few of my Freeland releases as well.

How did the name for your band come about? What does that name represent to you all?
I was at a friend’s house looking at all her books. I was trying to think of band names because I had just laid down some tracks with Steve and Ry. I saw this one book on the shelf called The Acid, [but] I was looking at the book’s spine and completely misread it. It was something completely different. But at the time I told Tony, “There’s got to be a band called The Acid.” So I started to Google it. There was The Acid Experience and The Acid Test and all that. How could there not be a band called The Acid? You could imagine there being something called Led Zeppelin and The Acid. At first, I thought that the name was a bit strong—because there is a lot of connotation to that word—but we went with it, and here it is!

I read that you mentioned having a problem with the cult of celebrity—that it should rather be about your work than about your celebrity status of playing big parties. Have people listen to your work first instead of saying, “Here’s big-time DJ Adam Freeland, now listen to his music.” Is that what you meant?
Yeah, it’s not like my name is going to be that big. But yes, it was interesting for us to put it out there and let it be heard before we released information on who did it. It’s like what we were talking about before about expectations. If you know who is behind it, you color it with that expectation before you even listen. We’d rather it be heard for what it is with no expectations. We’d rather it be heard without knowing who we were. I’m glad we did that because it did get heard.

The iQ: The Acid