American dubstep hero TrollPhace made huge gains this year, landing remix work and epic collabs with Grammy award-winner and OWSLA label founder Skrillex. His production prowess and live DJ sets have spawned a global army of loyal supporters. The man known to the government as Damon Orienti speaks candidly with Bassrush about the evolution of his sound and how his infamous “Get Low” remix came about. If you’re in L.A. at the end of the month, make sure you ring in 2015 with TrollPhace, Dieselboy, Eptic and more at Bassrush’s NYE massive. 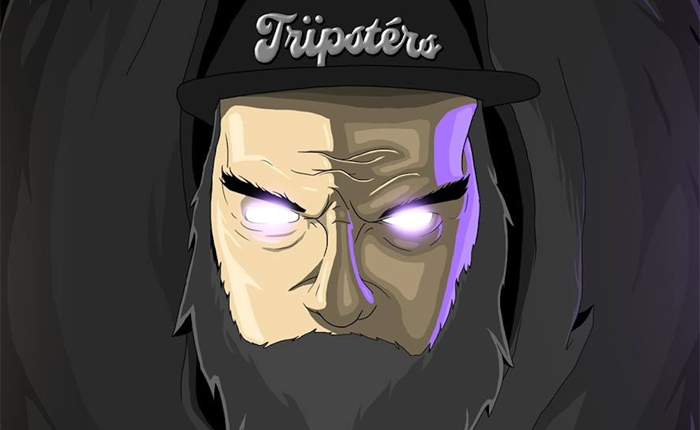 Congratulations on a remarkable year! What have you been getting into lately?
Thank you! Lately, I have been trying to really grow as a musician and have put sound design on the back burner so I can appeal to a wider market. I’ve been exploring different avenues of influence so I can write more creative music while maintaining aggressiveness.

You’ve always pushed boundaries with your sound. What tempos are you experimenting with these days?
I just did a twerk track. That was a lot of fun. My buddy Getter has been telling me for years that when I get stuck in a rut with dubstep, move to other styles for a minute [because] it always re-inspires you; and he was right. I’ve been messing around with other styles, just trying to keep everything in my creative palette fresh. I’m also trying to home in on some new, unique styles and sounds for 2015. I’ve been using a lot of the same techniques and sounds lately, mainly because I have so much fun writing the songs that make people bounce, you know? I’m trying not get too stale, but I do take a lot of pride in the sound I took years to perfect—and am still perfecting—and I don’t plan on ditching [it] after only a handful of songs. But it is time for a switch-up, I do believe.

How did your remix of Dillon Francis and DJ Snake’s “Get Low” come to be?
[Laughs] I was at TomorrowWorld with my manager, hanging out with all the OWSLA fam and Dillon’s crew, and as a joke we were like, “Oh dude, how funny would it be if I remixed ‘Get Low?’ and Dillon was just like, ‘Yeah, sure!’” The next day, I received stems in my email, and I went straight to work!

Where do you see the future of dubstep heading?
Hopefully, it heads straight into an era were people stop bitching about what the name of something is and start just listening to the music again.

Who are some of your top-rated dubstep producers at the moment?
In no particular order, I’ve been rinsing these guys out: Downlink, Twofold, Phiso, JuJu, Getter, Algo, Mark Instinct, Habstrakt, Snails, Must Die!, Antiserum, Eptic, Coffi., Dubloadz, David Heartbreak, Yogi, Mayhem, Skrillex, Jack Ü and Zomboy.

Any parting words for the TrollPhace massive?
Weed is tight.

If You Like Tiësto, Bassnectar and DJ Snake, You’ll Love…