Deep house is in vogue. For those who lived through the ’90s and remember at least a portion of it, that’s a very strange sentence to read. Deep house was never supposed to become popular; its focus on soul instead of sex, materialism and mindless indulgence ran against the basic nature of pop music. But in 2014, deep house is inescapable, soundtracking massive festivals and trips to the mall in equal measure. It’s the kind of sudden change that makes sense only in the movies—the wallflower loses the glasses and adds a smear of lipstick to reveal that she is, in fact, a supermodel. 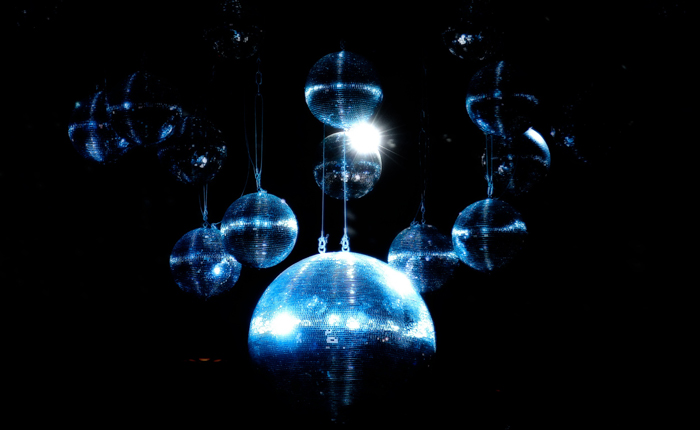 But there’s a big, blindingly bright question that hangs over that transformation: How? How could a jazz-flecked, introspective take on house music—that’s been kicking around for three decades—become this trendy, bass-heavy juggernaut? Get your time machines out, friends. We’ve gotta go back to the source.

In the early ’80s, house music would emerge as the sound of underground Chicago. It was a raw, uncut substance and the product of young black and Latino kids with drum machines jamming in basements. It was deeper, darker and more electronic and minimalistic than its disco predecessor. Early house had a do-it-yourself aesthetic that reflected a range of influences (from gospel, jazz, R&B and European electronic dance music) coupled with an outpouring of liberated sexuality and driving, sweat-inducing 4/4 beats.

It would gain popularity in seminal gay nightclubs like The Warehouse, the club that gave house music its name, and The Power Plant, where maestro and New York native Frankie Knuckles—the first dance music superstar, Grammy Award-winning producer and celebrated “Godfather of House”—was the resident DJ. Records like Jesse Saunders’ “On and On” (credited with being the first house track) and Knuckles’ own “Your Love” and “Baby Wants to Ride” (both with Jamie Principal) were unafraid to be straight-up strange. The untidy synth squiggles and maniacal spoken lyrics point to a kind of dance music that embraced the bodily pull of disco and the electronic experimentalism of Italo disco and early new wave pushing as far away from pop opulence as possible. JM Silk’s house classic “Music Is the Key” sounds like a Frankenstein job of spazzy drums, eerie keys and vamping vocals, all tied off with a bit of ‘80s rapping, while Adonis’ dark and sleazy burner “No Way Back” would pave the way for the techno and acid house explosion. It would be Marshall Jefferson’s quintessential “Move Your Body” (the first house song to use piano) that would be the game changer. Brilliantly combining the hands-in-the-air jubilation of a gospel track with incessant, body-moving grooves and a timeless, inescapably melodic chant—“Got to have house music all night long”—the song became the genre’s rallying cry and definitive worldwide anthem.

By comparison, the first deep house records felt more subdued. Clanging drum machine workouts gave way to samples that nodded to Chicago’s rich legacy of jazz, soul and blues swathed in shimmering cymbals, lingering washes of warm synthesizers and introspective melodies. Larry Heard (as Fingers Inc.) dropped “Mystery of Love” in 1985 (featuring vocalist Robert Owens), followed by the seminal “Can You Feel It” (as Mr. Fingers) in 1986, which became a template for producers who wanted to retain house’s bouncy pulse while exploring hypnotic, spacey textures. As much a dancefloor anthem as it is a psychedelic daydream, “Can You Feel It” captures the nuanced relationship between “house” and “deep house.”

Flashing forward to the late ’90s, deep house continued its reputation as a headier alternative to big-room house anthems with its slower tempos (120 to 130 bpm), more lush soundscapes and reflective, soul-searching lyrics. Labels like Om, Guidance, Peacefrog and Naked Music explored pillow-soft drums and a breezy, tropical atmosphere. Masters at Work, Miguel Migs, Lisa Shaw, Roy Davis Jr. and Ananda Project were developing house music that felt organic and light. To wit: Roy Davis Jr. sold 200,000 copies of “Gabriel,” a deep house track about an archangel. It doesn’t get any lighter than that.

OK—history lesson over. It’s admittedly a short gloss over a musical legacy that spans decades, but it’s crucial to understand that deep house artists were working to develop a sound that stood apart from larger house culture. At its best, “deep” can conjure reverence, warmth, and an outpouring of emotion; at its worst, it can feel bloodless or safe. So, how do we get to the part where deep house rules the world (including the Beatport charts)?

Simply put, house got a whole lot bigger. With the advent of artists like Swedish House Mafia and Avicii, house became not only terrifically popular in the mainstream, but it started taking notes from 2000s-era trance and now sounds more gigantic than ever. The range of music that can be called “house” has expanded to the point where “Brighter Days,” “One More Time” and “Levels” all share the term. If house has been inflated with giant synth stabs and lumbering basslines, then the size of what can be considered “deep” has increased in kind.

There’s been a lot of help with expanding the lines. Notable bass music producers gave up on dubstep during its transition from moody to day-glo and turned to making tracks that borrowed heavily from deep house. Mutants like Blawan’s “Getting Me Down” and Skream’s “Sticky” rip entire pages from the deep house playbook while cross-pollinating from techno, dubstep, and not least, R&B.

R&B has played an especially large part in the redefinition of deep house. ’90s kids who were exposed to Aaliyah, Nate Dogg and Mary J. Blige have seen their early influences joined with house music over the past decade. There are now countless tunes that borrow whole cloth from ‘90s R&B hits, snatching the vocals and lowering the pitch to a ghoulish depth. Miguel Puente’s flip of Nate Dogg’s “Gangsta Walk” into “Small Proposition” is just one of many recent cuts that have raided the Billboard charts of the ’90s to gain some cultural traction with audiences that remember those touchstones. While the results of that kind of grave-robbing have varied, it’s not entirely different from the appropriation of jazz and soul that drove deep house’s early days. The genre used to be awash with samples from jazz greats; now, everyone’s moved on to Destiny’s Child.

The heavy-handed use of R&B points to deep house’s nods to pop, but recently, deep house has become pop music. It’s due in no small part to the success of artists like Disclosure, two young British brothers who delivered a debut album (Settle) of instantly likeable house and subsequently reached #1 on the UK album charts. Here in the US, the term “house” was being occupied by the likes of Hardwell, so “deep house” seemed to be the appropriate term for Disclosure’s brand of bass-heavy, classic-leaning tracks. Their single “Latch” has made its way onto stateside commercial radio and prompted a score of sound-alikes all fighting to be shoehorned into the deep house sweepstakes.

Ultra music president Patrick Moxley thinks that the rising backlash against the current reigning sound of EDM has pushed deep house to the forefront—and the genre has now fractured as a result. Giant label Spinnin’ has seized the opportunity and launched Spinnin’ Deep, an imprint focused on injecting big-room flair into deep house; trance titans Anjunabeats pulled a similar move with Anjunadeep. Meanwhile, labels like 20/20 Vision, Nurvous, Crosstown Rebels, and Defected—all of which have been involved in the production of deep house for at least a decade—have evolved with the landscape without making sweeping changes to the sounds they were delivering years ago. The old guard and new upstarts are now expanding the definition of “deep house” in a way that feels very familiar to those that have been paying attention. Now, new tracks like Oliver Helden’s smasher “Gecko” and a vibey Phil Weeks cut like “Live at Palladium” both fall under the deep house umbrella. The market is now expansive, and it reaches from tiny basement parties to the main stage at multi-day festivals.

Artists like Duke Dumont and Nora En Pure have made huge waves with tracks that tap directly into the pop lexicon while maintaining a deep house structure. Those crossover hits bump right up against new work from scene veterans like Mark Farina, Ian Pooley and Joey Negro, all still working in their chosen vein. Synthesized sounds in deep house are becoming commonplace, even as purists continue to mine soul and jazz for undiscovered samples. The genre may continue to be split between “I was there” ravers and a new generation looking for an alternative to EDM’s more garish tendencies, but chastising editorials aside, the two camps have been encouraging of one another. It’s a testament to the spirit that house music was founded on; it’s become “our” house music.

It would have been a long shot in 1986 to predict that deep house could be the cultural force it’s become, and it will be equally hard to predict what will come along to take its throne, but the sound’s legacy of diehard artists, labels, and fans means that there will continue to be people looking for dance music that doesn’t always shoot for the rafters. As long as house music retains its status as a vibrant cultural touchstone, deep house will be there to remind us that sometimes the best tracks demonstrate restraint, joy and reverence in six-minute increments.

Deep HouseHow To Talk To Your Kids About