“People get their kicks in different ways, you know,” I offer in between mouthfuls.

“How do you get your kicks?” she inquires matter-of-factly.

“Mmm, I have a vinyl fetish. I collect records. There are thousands of them in storage somewhere.”

I walk up to the handcrafted cherry wood mantelpiece with its tsunami of records on display. Turntables built into a lower shelf. A discerning collection with a connoisseur DJ rig. Fingering through the plastic sleeves I catch a glimpse of classics and obscure titles. From different eras. Mutations from different fragments of the world. A veritable cross section of someone’s interpretation of history. From Eastern to Western. African to South American. Indefinable seminal moments of New Wave, Krautrock, J-pop, Samba Jazz, ‘80s Hip Hop, Go Go Funk, Afro Disco, Detroit Techno, and many regional micro genres invented to describe the gaps between.

“You don’t see this much anymore,” I say.

“It’s as if music has been locked away. Seeing records out in the open like this is like public nudity. It’s exciting.”

“What do you mean ‘locked away’?” a voice asks.

“Well, there was a time, not long ago, when everyone had a private record or CD collection. You could learn a lot about a stranger rifling through a collection. Tastes. Influences. Political leaning. People would keep them stacked near their stereo in full view. Songs visually connected to images on the sleeve offered some meaning, some insight into the owner. Like wearing a t-shirt or a pin from your favorite bands.” 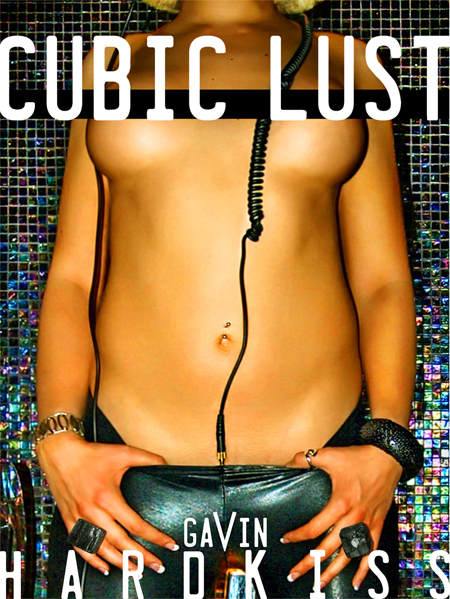 “However, it’s different now. Songs are locked up in hard drives with passwords or they’re spinning atoms in some vast indifferent cyberspace. I carry my music on a silly little flash drive. A puny circuit board with no character, no personality, but more data space than a small town library. I’m not saying it’s better or worse. Just saying that with all the accessibility we have to music now, it’s become more secretive. Hidden.”

There’s silence for a moment. I pull a record from the wall.

Slide the printed cardboard sleeve from the protective plastic cover then slip the vinyl from the inner yellowed paper envelope. A twelve inch black orb emerges from hibernation.

Every time I lift a record, I feel a faint heart beat in my finger. Like something throbbing inside limited space. Something new and ready to be born.

I hold it in dry palms admiring the wear and tear in the angled light. Slight scratches. Smudged fingerprints. Proof of use. Place it on the mat careful to fit the nipple in the center hole. It eases in like it’s done this before.

I watch it spin at thirty-three revolutions per minute.

Fast enough to blur the printed center label. Leaning closer I take the corner of my shirt and moisten it with saliva. Dip the shirt onto the stiff wax applying enough pressure to remove any surface debris. I let it spin several times caressing back and forth. The smell is overwhelmingly familiar. Undertones of an empty Romeo & Julieta cigar box mask a hint of library mildewy musk.

I lift the stylus arm from its mount careful not to abruptly jar the sensitive needle. Before placing it on the outermost edge of the spinning record, I lick my forefinger and thumb and remove a trace of lint from the needle point. I then place the needle on the record near the edge before the etched grooves begin.

The silence of a record before the music starts is like an aphrodisiac. Alarmingly short and expectant. Charged and pregnant with possibility. A tick. A skip. A hum. A whirl. A rumble.

And then the music gushes forth.

The above excerpt is from Cubic Lust by Gavin Hardkiss.