On the second week of Gorgon City’s North American tour, the duo of Matt Robson-Scott and Kye Gibbon and their double-bus of misfits move away from the West Coast, venturing into the middle and Southern states. The drives are long, the scenery predictable. WalMarts abound. They’ve even bought an American football and tossed the pigskin around. There is one indulgence: In-N-Out Burger, plus a break to check in with us for their weekly tour report, which creates a hankering for Sour Patch Kids—Sour Sweet Gone.

“We managed to make a good situation out of a bad one, but it was a big shame we didn’t do that show.” 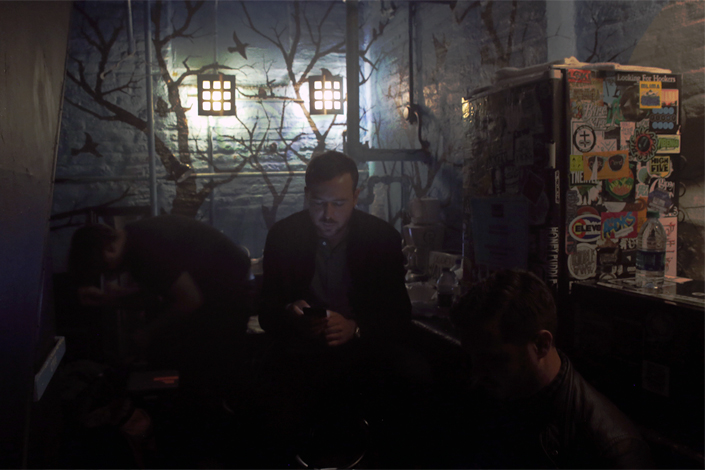 Matt: Austin Patch is this really cool townhouse with a studio in it that’s offered to bands for free. It’s a place to go to when you’re on tour to get off the bus and chill. We were there for two nights. We could do our laundry and have an actual bedroom, a shower and a bath. They have a nice kitchen. We got to cook for ourselves. That’s, like, amazing. It makes you feel normal again for a bit.
Kye: When you’re on tour, you miss everyday life of just hanging out at home. It was good to stay in a home with everyone rather than a hotel room. Also, I couldn’t resist jumping in that pool, even though it was hammering it down with rain. 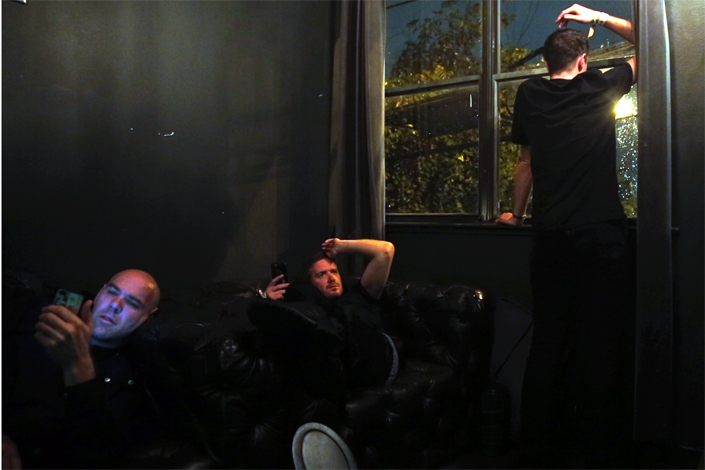 Matt: When we woke up in Dallas, all of our phones started going off at the same time with flood warnings. We loaded in and got our gear ready as normal. It was raining like crazy all day. The bus was dripping a bit in some of the bunks, which was annoying. The venue said we’ve only got 50 percent power but it should be fine by the time doors open. A big electrical explosion happened at the venue at the start of soundcheck. We had to cancel the show, but luckily we managed to find a club that let us do a DJ set instead. Loads of people came, and we brought Josh [Barry] and Lulu [James] with us, and they sang. It was a good vibe. We managed to make a good situation out of a bad one, but it was a big shame we didn’t do that show. Crazy American weather. 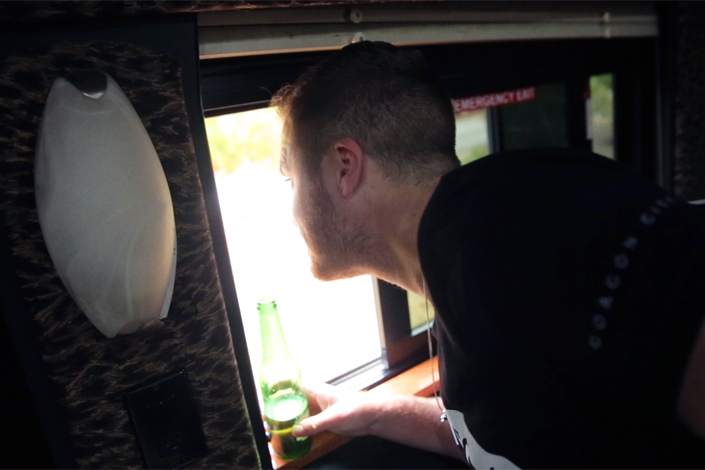 Kye: We’re better known on the coasts, and in this part of the tour we’ve played at some smaller, more intimate venues. It’s been really enjoyable. You can feed off the energy of the crowd more. Denver was one of my favorite shows yet. Also, visiting cities we’ve never been to before and playing to people for the first time has been fun.
Matt: [After Denver], Lawrence, Kansas is really quiet and everything was really dead. Even on the main strip, everything was sleepy and strange. There is less diversity, and it doesn’t feel like there’s much culture. The show was a lot of fun, even if it felt like some people didn’t know what was going on and didn’t know who we were. Then there was nothing for a long time—nothing but highways, gas stations and fast food. Everything is so big and vast. We got to Dallas, a big, cool city, and we went to check out museums. Austin is a multicultural, vibrant city, and the after-party we did at Kingdom was sick. 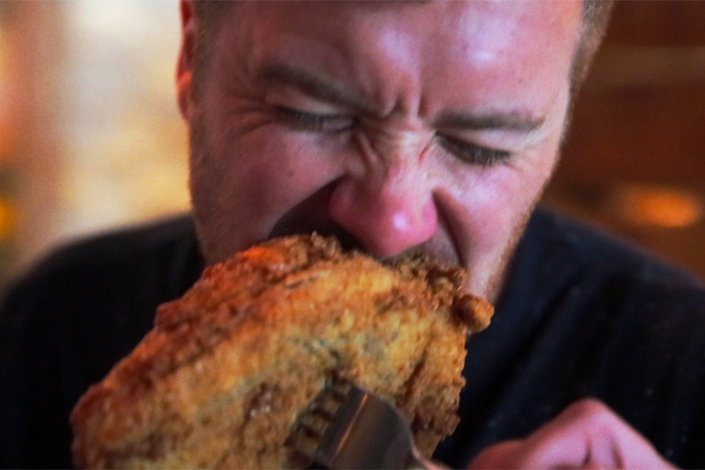 Matt: If you eat burgers and steaks on the road, it really affects you. Eating shit everyday, you feel so much worse. I had barbeque everyday for the whole of SXSW, brisket and ribs. This time, I’m trying to stay away from it all, from a lot of American food. It’s quite hardcore. When you’re on the road for a month, you have to be careful of what you eat.
Kye: The first thing I did when I woke up this morning was go straight to Lou Malnati’s Pizzeria for some authentic Chicago town pizza. The Buttercrust pizza pie and pint of IPA is a pretty unhealthful breakfast. 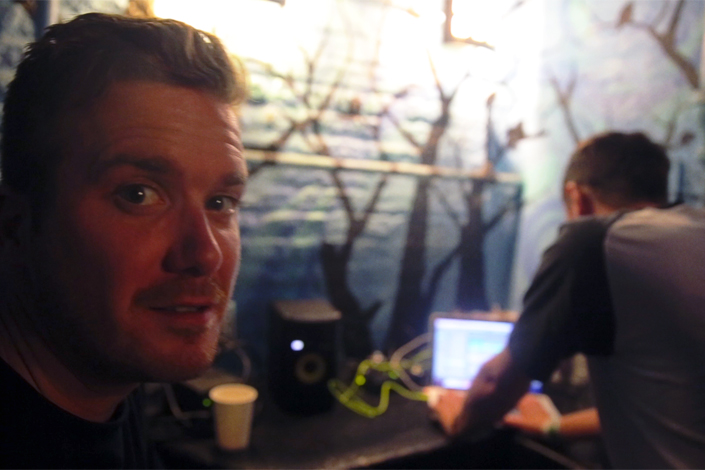 Kye: One of my favorite things about making music on tour is whenever you hear that track in the future, it will always remind you of the city you worked on it. “Coming Home” will always remind me of working on it in the Capitol Records building in L.A. “Go All Night” will always remind me of this little studio we had in Paris. We finished a track in Denver. I’m sure listening to the track in the future will bring back good memories of this tour. It’s great to be able to feed off the energy of playing live and put it into some production work. We’ve been playing music to the DJs that are on tour with us. We’re massive fans of all our support DJs and respect their opinions.
Matt: As long as we get to the venue pretty early, we can get the studio set up in the dressing room and go straight in and start working. Kye really likes working when we’re on the road. He’s productive when it comes to that, and I have to be the same. But we’re quite relaxed when we make music. It never feels annoying or stressed. It’s fun, and you’re focused on something and don’t have to listen to people complaining about boring stuff. It’s therapeutic in that way.

Here’s some more photos from this leg of the tour. 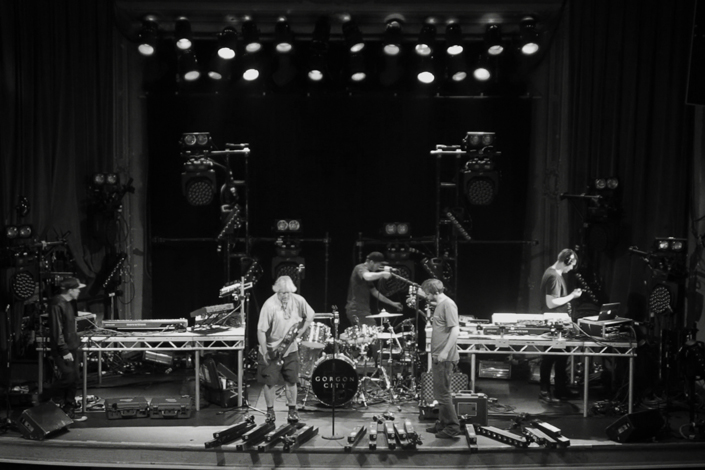 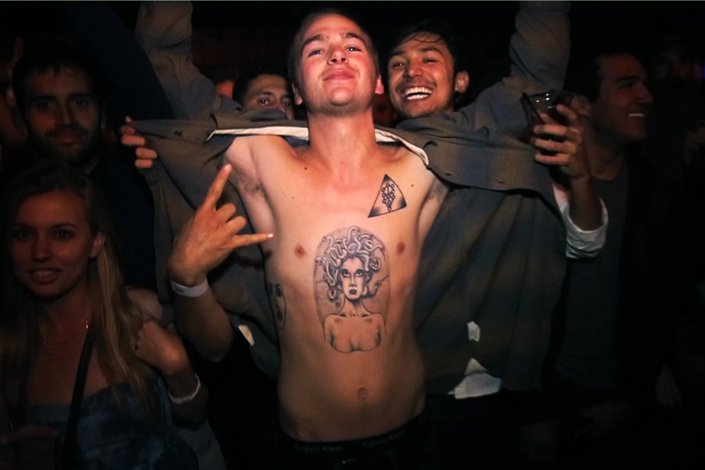 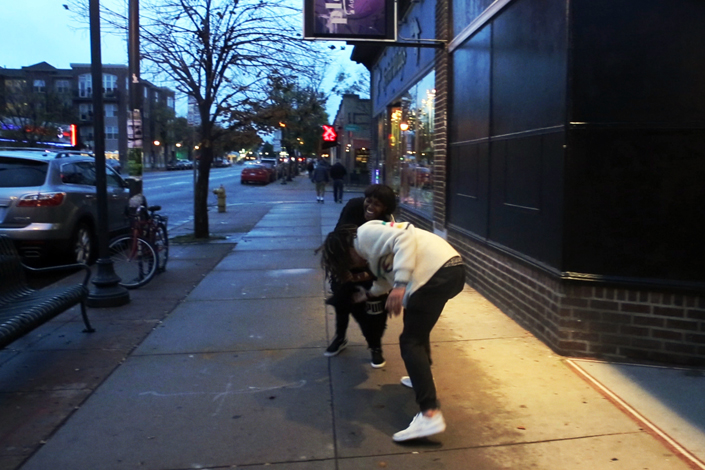 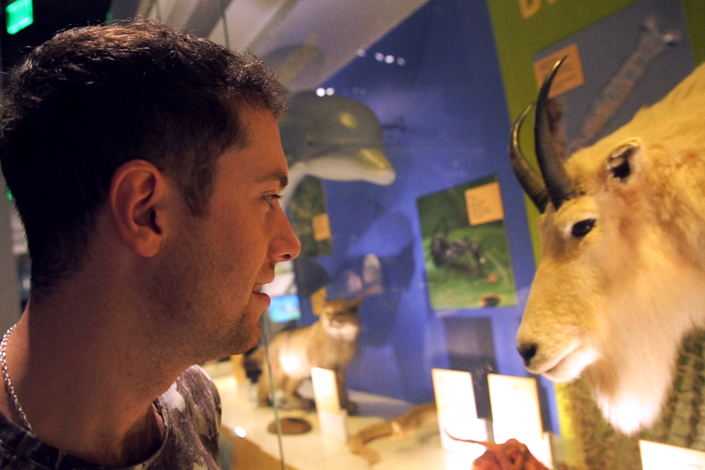 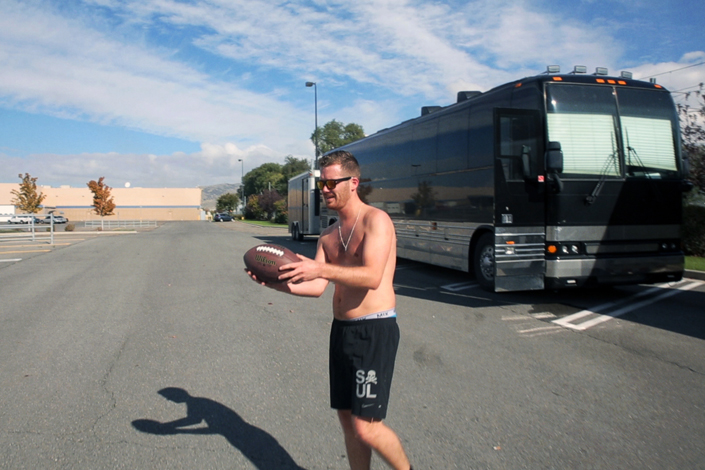 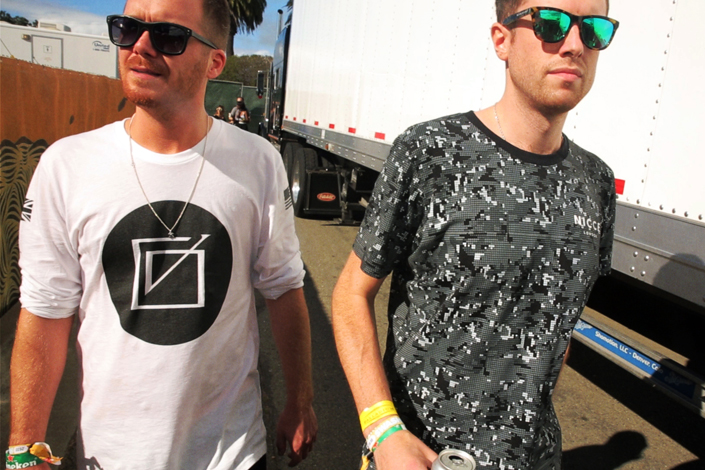 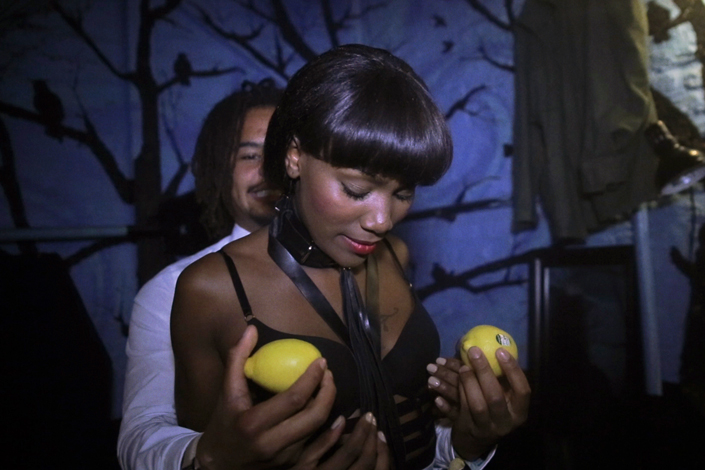 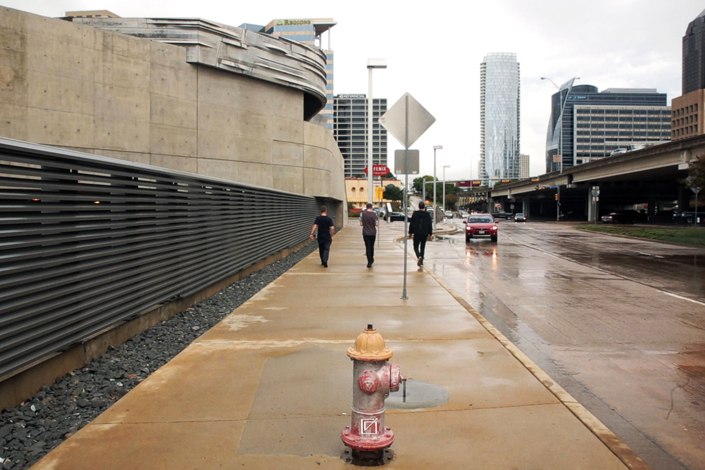 Don’t forget to check back next week when we catch up with Gorgon City about their third week touring. Watch this space…