Some college kids will do anything to get their hands on alcohol. Noisia’s Nik Roos, Martijn van Sonderen and Thijs de Vlieger used their musical ability to get extra creative. Here’s how they did it, in their own words: 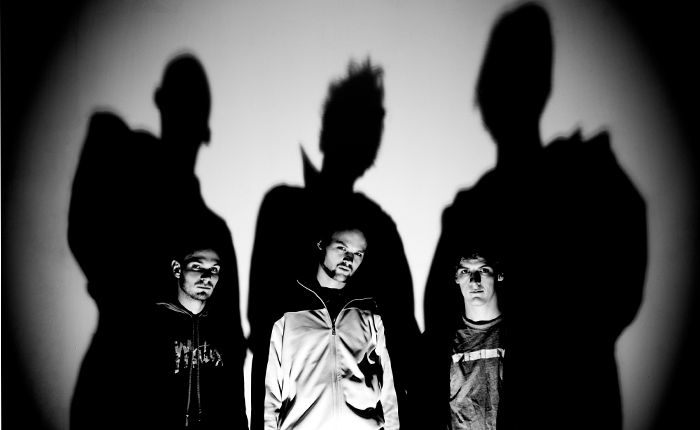 In Holland, we have a similar tradition to Halloween. We make [costumes], and we go around the neighborhood asking for candy. We have one added dimension, though: The kids have to sing a song before they reap their reward.

Now, a long time ago—it must have been around 2003, when we were in university—we had the brilliant idea to take a bunch of instruments and do the same. We went around the streets with a trombone, an accordion, a guitar, an African drum, and an electronic toy drum kit (for four-year-olds) with scratch samples. We didn’t set out to collect candy, though. We were out to collect alcohol!

By the time the kids left the streets, we started going around ringing doorbells, annoying people who thought we were those kids who can’t stop even after everyone’s given all their supplies away. But the smiles on their faces when we started blowing the trombone and playing the accordion! Some of us knew how to play, others didn’t, but it sounded special. Very jolly. We’d end the song with altered lyrics, asking for a shot instead of some candy, which we got.

The night ended with us each drinking a half-bottle of vodka. I walked home in a pair of borrowed shoes because I had to step into a pond to pull Martijn’s then-girlfriend out, who’d fallen in trying to urinate in the pond.