Discovery Project graduate Kayoh had already built a following of dedicated fans and producers well before he hit the Infinity Stage at Countdown 2015 just under a month ago. He’s received widespread press and has garnered support from Morgan Page, Lil John, Grandtheft and Dyro, to name a few. Drawing from a love of classic hip-hop—he lists J Dilla and Pete Rock among his strongest influences—his style is raw and upfront, like his work on his original tune “Killa Bees.” But he also has an emotional side that comes out in his synth-heavy future bass tunes, like his remix of Above & Beyond’s “Counting Down the Days.” 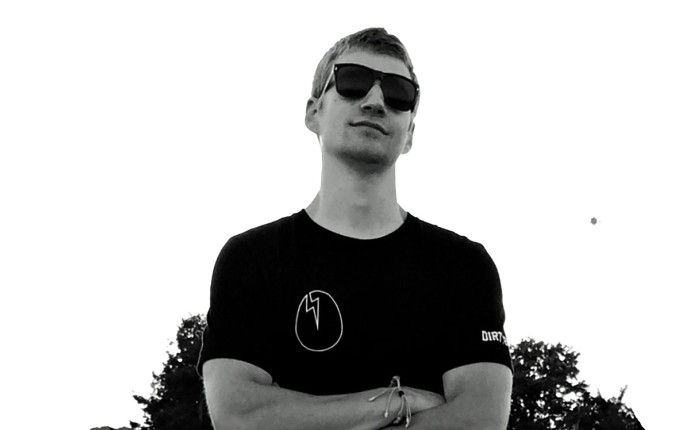 Much like his music, Kayoh hails from a city of extremes. Baltimore’s brutal winters and blazing summers didn’t stop him from hitting the skatepark often and soaking up the world of hip-hop. As his love for music grew into a need to create and perform his art, he did like any high school student would and convinced his parents to get him a copy of Fruity Loops. Having already learned to play guitar and piano, he picked up production with ease, which later provided a type of catharsis he had to experience. Since then, he’s been in the studio every day.

With such a strong start, Kayoh will continue to be one to watch over the years as his style expands and develops. We put him in the hot seat this week and got to know the budding producer.

What is your favorite synth/VST to work with?
I work mostly with Sylenth. I have been using it for a long time, and it’s fun to make those huge saw chord sounds that you can hear in a lot of my productions. I have also been working a lot with Serum, and you will definitely hear that in some productions coming out later this year.

What is your dream label to release on?
Mad Decent or OWSLA. Both push very forward-thinking music, and both are home to some of my favorite artists.

If you could get sponsored by any company, which would it be?
I would have to say Pioneer; it would be nice to have some CDJs to practice on at home. Either them or Papa John’s.

What’s been the biggest factor that’s propelled your music career thus far?
The biggest factor has been working on music almost every day for the past four years. Another big factor is not getting discouraged if you are told “no” by a label, or if things don’t go your way. Just keep on working for yourself, and good things will happen!

What’s been your most memorable gig?
Countdown, by far! The tent was about halfway full when I started playing, and at one point when I looked up, it was packed out the back. It was an incredible feeling to play music for that many people. Also, the crowd was amazing and very responsive to the music.

Club show, underground rave, or festival?
Festivals are incredible, but I think I will have to go with club shows. They are more intimate, and you can get into the deeper cuts of music.

What artists are you listening to this month?
I have been listening to Graves, Oshi, San Holo, REZZ and Herobust, just to name a few. All those artists really had a huge year in 2015, and I can’t wait to hear what they come out with next!

What are your goals for the rest of the year?
This year, I really want to focus on my original productions and continue to learn as much as I can about producing electronic music. I have some really special original songs I have been working on these past few months, so I would like to get them finished and hopefully release an EP this year as well.

We always want to know what inspires our artists. Check out what Kayoh had to say about three of his own tracks.

Kayoh “They Still Need You”

This one started off as just an original beat. It began with the chord progression pad you hear at the beginning, and everything kind of clicked along the way after that. I think I was able to finish this one in about two days. After the beat was finished, I looked for a vocal sample, and that Drake vocal fit in there pretty nicely. It’s just a very chill, feel-good track.

This one came out earlier in 2015 and is probably my favorite original track I have made to date. Most trap music is in 140 BPM, and I wanted to do something more uptempo, so I started this one at 170 BPM. It actually started with the drop, and I worked everything else around it. I made the drop using a Sylenth saw and automated the pitch bend to give it that wonky sound. Also, for the “Killa Bees” vocal, I recorded myself saying that into my iPhone voice memos and uploaded it and changed the pitch of my voice. Not the most professional method, but it worked out nicely!

This is another one of my favorite original songs. I am a big fan of future bass music, but some of the drops can get a little cheesy-sounding and overwhelming with the huge seventh chords. I wanted to start the song with that happy future bass sound, but then drop into something completely different. This song also helped me win the Discovery Project, so I am very happy with it! I have a couple more songs like this that will be out very soon.