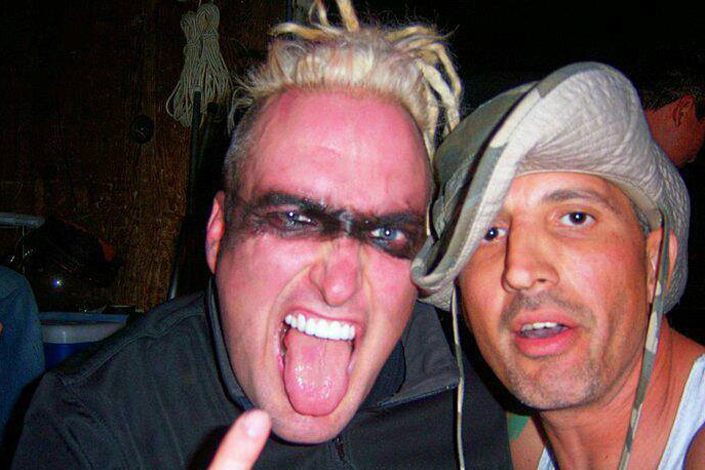 Folks around the country may not think of the Sunshine State when it comes to the evolution of the American rave scene; but back in the day, Florida raves were pretty freakin’ out of control. And they made a mark on electronic music that is felt to this day.

During the ’90s, the area between Miami, Tampa and Orlando was a Bermuda triangle of hardcore underground dance culture. The beats were vicious, the bass was heavy, the jeans were baggy, and I’ll say it: We had the phattest dancers in the country.

The ’90s was a formative time for American rave culture, as the scene was already booming in the UK. It found its way to New York, Los Angeles and San Francisco, but it was in that Southeastern tourist trap known as Orlando, Florida, where American rave culture took off in a big way.

AAHZ, a late-’80s mid-week party at the old Beacham Theater, served as the precursor to the Florida rave scene. But it was really the summer of 1993, at a club called the Edge, where a series of underground music events—headlined by the likes of the Dust Brothers and 2 Bad Mice—would birth the funkiest interpretation of all things rave this country had ever seen.

“The Edge in Orlando was where everything started,” says Bunny, frontman and coproducer of Florida’s seminal rave act Rabbit in the Moon. “I remember seeing 2 Bad Mice there, and it changed what I thought was possible with music and parties. Back then, it was a very candy raver and industrial scene. Nobody in the dance music world had seen anything like it. It was so underground.”

With a sound that took a hardcore foundation and fused it with breakbeats, smooth basslines, and the occasional Sarah McLachlan sample, Rabbit in the Moon was the epitome of the Florida rave scene. Their music was just as danceable as it was haunting and psychedelic. Rabbit in the Moon would go on to break out internationally with their landmark remix of Goldie’s “Inner City Life,” and their over-the-top live performances took up where industrial groups like Meat Beat Manifesto left off. Their late-night performances were the first to include pyrotechnics, with Bunny taking a buzz saw to his metal mask, grinding sparks off his face onto the crowd.

And that crowd was quite a colorful one.

“The scene in Florida [was] a gathering of creative outcasts, misfits and miscreants too eccentric for the norm of society,” says J. Vinazza, director of The Scene, a documentary on Florida rave culture. “Together they formed a large social circle that [became] a psychedelic family.”

Contributing to Florida’s rise within the global rave scene were the many outsiders coming into our corner of the world every day, from up North, way West, or across the Atlantic—plus Floridian ex-pats who would themselves bring back rave culture from elsewhere and combine it with the dance music base the state already had in place. 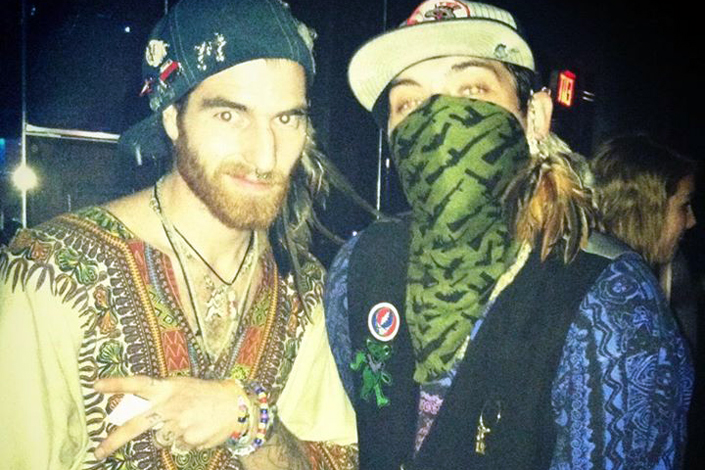 Take, for example, a man named Peter Wohelski. He was a DJ and Tampa native who, after a sabbatical in London in the early ’90s, returned to the US to take a job as head of A&R for one of the world’s most influential electronic music labels: Astralwerks Records, home to the Chemical Brothers, Future Sound of London and Fatboy Slim, among others. That brought the big boys to town, inspiring the homegrown talent with the hottest shit from around the world.

“Orlando was hugely influenced by UK hardcore, Italian piano house and Miami bass—big, progressive piano samples, sped-up breakbeats, car stereo-driven Low End Theory-like bass, freestyle and electro,” Wohelski explained to the Orlando Sentinel last year. “In Tampa, there was a tougher edge because of the scene’s early industrial influences—proper Detroit techno and Chicago acid house, rougher proto drum & bass breakbeats, and later German trance on labels like Harthouse and EyeQ, all of which influenced the likes of the Hallucination/Rabbit in the Moon crew.”

With guys like Wohelski, Paul Morris—who founded the AM Only agency and handles bookings for today’s biggest electronic music stars, including Skrillex, Boys Noize, AraabMuzik and Bauer—and other Floridians far up the chain in the other major dance label of the time, Strictly Rhythm, Florida became a rave hub for many of what would become household names in electronic music. 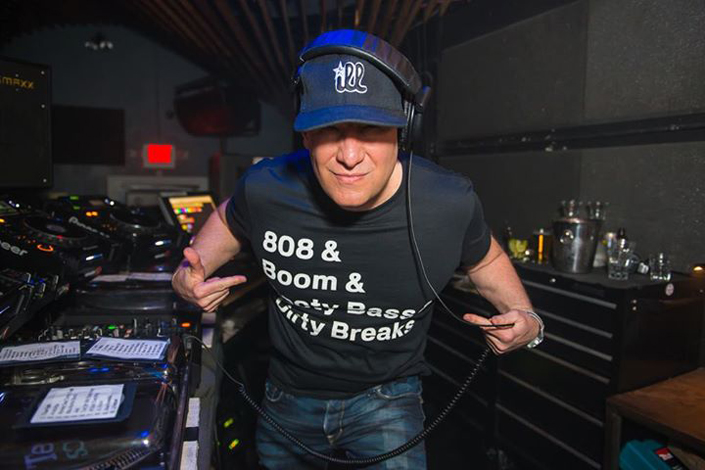 “The breaks,” as we Florida ravers like to call low-end freestyle, influenced electro and trip-hop music. It is the area’s signature musical contribution to raves. Electronic dance music down here was all about stuff you could breakdance to, so regulars were more likely to sit out the four-on-the-floor tracks and bust out once the “funky breaks” dropped. Florida ravers do not jump up and down or fist-pump; we pop and lock and grind. Florida raves were where B-boy dance crews intertwined with candy ravers and psychonauts to form a particularly edgy environment, and with that edgy vibe came a hardcore, in-your-face attitude. By then, the scene had shifted in Orlando from the Edge to the Club at Firestone. Meanwhile down south, the Ft. Lauderdale incarnation of the Edge and the notorious Miami-based rave Fever at Warsaw had infused the Florida rave scene with a distinctly street-tough disposition. Most parties were replete with dance circles and legendary B-boy battles. It was a mean scene, but fun as hell, and unlike anything else around. 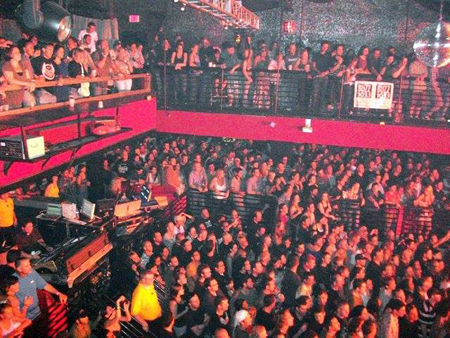 But after a while it got stale. “The breaks turned into a one-trick pony,” Bunny explains. “We pigeonholed ourselves, and a lot of people threw the scene into more of a drug culture. People died at a few parties, the media took it and ran with it, and the authorities got involved. The government didn’t help.”

The Reducing Americans’ Vulnerability to Ecstasy Act, commonly known as the RAVE Act, was the death knell for the wild, anything-goes atmosphere of Florida raves. On the heels of a 20/20 exposé on the dangers of the rave scene—half of which was filled with footage from Florida raves—Orlando officials in particular cracked down on the local rave scene, which they (along with chief resident Walt Disney Co.) figured to contribute to a “negative” branding of the city. They didn’t want to scare off the family vacationers that drive almost every business interest in the area. “It got to a point where you couldn’t even use the word rave 10 years ago,” Bunny recalls.

After that, the underground one-offs and weekly raves at smaller venues were few and far between. Only major festivals—which could afford security and lawyers—were able to thrive. The state’s first major annual festival was Zen Festival, which debuted in 1995 in Central Florida, headlined by Rabbit in the Moon, Josh Wink, the Crystal Method and Uberzone. Zen Fest set the stage for even bigger festivals like Ultra, which launched in 1999 and goes down annually in Miami during Winter Music Conference, and Electric Daisy Carnival, coming to Orlando now for the fourth year in a row.

In today’s rave culture explosion—much like what happened with punk and alternative rock in the early ’90s—the larger audience is not only more aware, but more receptive. The rave scene is bigger and more popular than ever, and while many corners of this great planet have had their moments and contributions to rave culture, let it be known that the hot and humid subtropical surroundings of the Sunshine State have a stake in it all. For most of us, rave culture is not making a comeback, because it never left.

“The thing about Florida is the weather, the venues, and people,” says Bunny. “Back when it started, there was no right, no wrong, no direction or clear path. Radical self-expression, love for the music. That’s the way it was back then. And I think that’s the way it is now, too.”

Dance Music CultureRabbit in the Moon