Just when you think everything has been said about EDM, the floodgates reopen. You have your haters. You have your online beefs. You even have your (genius) Saturday Night Live spoofs.

EDM continues forward as the leading culture movement in the music biz today, with naysayers and idealists alike. Everyone has an opinion, and we like to think every opinion counts for something.

That’s why we invited four of the most outspoken artists to discuss the hottest topics in EDM today for our inaugural Spin Class roundtable. Read on as ATB dissects market saturation, Cosmic Gate debates singles vs. albums, Laidback Luke spotlights insane DJ fees and Congorock analyzes the crosspollination of dance music and pop culture.

I hear a lot of people talking about the bubble that’s about to burst. I’m not sure about that.

Dance music has been through so many cycles in the past 20 years, most notably the superstar DJ era of the early 2000s. How do artists keep the bubble from bursting in 2014 and continue that positive cultural momentum?

ATB: This is a situation we had in Germany about ten years ago when electronic dance music reached its peak and disappeared from one day to the next. There was massive hype with dance in radio, TV, and at events, but the music didn’t develop at the speed with which it was hyped. We have to be very careful not to oversaturate the market. More quality, less quantity. This is the challenge that festivals, clubs, the media, and we as artists have to manage in 2014. 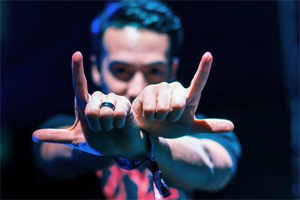 Laidback Luke: I hear a lot of people talking about the bubble that’s about to burst. I’m not sure about that. Incredible amounts of people have come to like this music now. Unless there’s a new revolutionary music coming out of 2014 that’s not EDM, I’m not seeing it fade or collapse for now.

Cosmic Gate (Nic): I think the only thing you can do is continue to play quality music and quality sets.

Congorock: I don’t think any bubble will burst as long producers, visual artists, and festival production keep EDM fresh and new. To keep that buzz going, we all need to come up with something unheard and unseen. As an artist, I think there are two ways to reach this goal. The first one is to experiment a lot and try to come up with something that just doesn’t sounds like anything else. If it sounds powerful, that’s what matters. I’m not scared to come up with something that will shock the crowd, like my elephant-like bassline in “Ivory” or the distorted metal synth in “Babylon.” The second approach is to research old dance music. There’s so much to learn. Acid house, for instance, was another big change into dance music when it came out in the late ’80s. Trying to put those ideas—that kind of “grammar”—into up-to-date mixing boards and tools give us producers an infinite amount of inspiration. That’s actually how my last single “Minerals” with Nom De Strip was born.

Cosmic Gate (Nic): It is a singles market, but we think an album shows way more of what an artist can do and is way more interesting. We’re just more creative when we’re doing an album than just single after single.

Cosmic Gate (Bossi): We’re sitting on album number six right now, so for us, it’s very clear that we can show who we are and what we can do as artists better on an album. Single after single would be boring for us.

Laidback Luke: I feel the whole concept of an album is outdated. People zap music like they zap TV channels. I’m not sure if the crowd is interested in hearing 12 songs off the same album. An hour DJ mix is more adventurous, if you ask me. 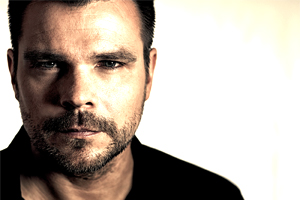 ATB: I’ve only released albums the past years. To release an album is much more personal for me than releasing an EP or single. It gives me the ability to tell the people a complete story, not just a single sentence.

Do you think today’s A-level DJs are overpaid? A lot of people would argue that digital DJ technology has made the performance aspect easier, and therefor the extravagant paychecks are not warranted. On the flip, some DJs argue that it’s expressly because of the advances in technology that the craft of DJing has become much more than just simply selecting and mixing.

Cosmic Gate (Bossi): I don’t think the DJ’s setup is responsible for the price. The market is regulating the price. If a soccer player or basketball player is getting $15 million a year, he’s worth that $15 million. If someone pays a DJ a high fee, he’s worth the fee. If the market doesn’t allow that fee anymore, then the DJ won’t get that fee. So right now, whoever makes a certain amount of money is worth that money, and if people don’t come anymore for whatever reason, the fee is gonna go down.

Congorock: I’ll be honest and say I’ll never judge a paycheck. That’s business. I think the music market in America was just waiting for this wave of money. I also think America was ready to deal with the non-musical side of dance music, so yeah, there’s definitely something more than DJ skills that promoters are paying for when booking a DJ. They are paying for their social network presence, their popularity, their coolness, and everything that a DJ in 2013 is supposed to have. DJs didn’t have a voice until 2007 or 2008. They were mysterious. You couldn’t read their tweets, or see them on YouTube, or see what they were eating on Instagram. They definitely didn’t have the rock star status that they do now. The reason that top DJs get more money now is because they are like proper VIPs, and that comes from this non-musical side of their profile. The promoters are buying that, too! I can’t tell if it’s bad or good, but I’m certainly aware that DJing skills aren’t the right scale to pay someone less or more. From this perspective, A-Trak and Craze would be the number one DJ every year in DJ Mag. (Laughs)

Laidback Luke: When it comes to crowd pull and selling out venues, the fees usually make sense but—and I’m talking to the crowd here—you can tell what DJs have super high fees by looking at the ticket price. The higher the DJ fee, the higher the ticket price for a club is. Now, if you’re willing to pay a high-ticket price, that’s all you! I’m very disappointed in a lot of professional DJs nowadays. Most of the time they don’t even know half of the ins and outs of the players they are playing on! And you call yourself a professional DJ? Shouldn’t you be like an expert of your craft, especially if you get a shitload of money to do so? Think about it.

In the past, everybody was living very strictly in their own music style and scene. Today there are no borders in mixing electronic music.

Complete this sentence: the biggest threat to dance music’s progress in 2014 is… 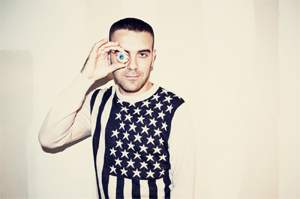 Cosmic Gate (Bossi): EDM is starting to get a bad rap like trance used to get in the early 2000s in Germany. There’s music getting branded as EDM now that’s actually pop with dance beats. If the market cleans itself up a bit, it’s all good with us. What rock ‘n’ roll was in the ’60s dance music started in the mid-’80s and it’s not gonna stop.

What was your favorite dance music moment of 2013?

Congorock: I think Daft Punk’s Random Access Memories. It’s funny, I don’t like the album a lot, but it was really interesting to see what sound Daft Punk wanted to work on in 2013. There’s definitely a lot of thought put into the record.

Laidback Luke: I think we developed an interesting style this year; the big kick drum and the triplet melodies style. Some people are sick of it already but what you need to realize is that this is very contemporary music! We aren’t doing retro stuff, copying Nineties house or mimicking Eighties stuff. The EDM that’s being made now is being invented as we go.

Cosmic Gate (Nic): We saw [Luke] Solomon play in Ibiza and he also produced some really great tracks this year. He’s someone we really enjoy.

I think EDM is giving kids the same feeling that heavy metal and rock shows use to give in the ’80s.

What sort of relationship does dance music need to have with pop music in 2014? Can EDM either live or die by that relationship?

Laidback Luke: I feel the time has come, especially for the US, to accept dance music as a pop music as well. In the Netherlands, we have had the biggest dance music tracks cross over without a vocal for ages. A track like Martin Garrix’s “Animals” is a track like that.

ATB: I really like that the different music styles get more and more mixed. In the past, everybody was living very strictly in their own music style and scene. Today there are no borders in mixing electronic music, for example, with rock or pop music. I just made a track with [German rock band] Stanfour on my new album, which will be also the first single. So for me personally, this is the direction pop music has to go.

Congorock: I think EDM will merge even more with pop music in 2014. I remixed for and toured with Rihanna in 2012. I didn’t feel like pleasing the crowd with pop songs ’cause it wasn’t my show, and playing bangers would have been too hard and unnecessary for a warm up. I played moombahton, trap, and sexy house and it worked out well. Can EDM live or die by the relationship with pop? It’s all about keeping the cool side of it and not selling out.

What would you say to old school heads who feel like dance music today is just too big and too impatient?

Congorock: It’s funny you mention Prodigy, which was one the first electronic music acts I listened to. When it comes to slow burn versus hard dance…man, I come from hardcore punk. When I was 18, I played half-minute, super fast songs. I wanted everything loud, aggressive, and as fast as possible. I think EDM is giving kids the same feeling that heavy metal and rock shows use to give in the ’80s. I’m not saying it’s their fault, but I’m not sure a 21-year-old kid at his first rave ever experienced an actual “dance” gig, where people dance for four or five hours straight. Again, it’s something related to the fruition of dance music. It’s like fast food, you hear the drop for 16 bars and you’re fine; like a jingle for a commercial. I guess that’s how this side of music has evolved. There’s still hope for this genre of music to stay alive and fresh. It’s not about getting old; being 30, 40 or 21. There’s good music and bad music, and I’ll always try to keep on the right side.

Laidback Luke: All I can say is, stay young. I refuse to become the moaning old guy. The time is now. What we’ve experienced was amazing and we should cherish it because it’s never going to come back, but what’s going on right now is not inferior. It’s the history of the future, and where there are good times where people connect and share moments, there will be great memories.