It was on a whim that a young DJ S.K.T decided to send in a mixtape—yes, an actual tape—to audition for the UK DMC Championship in 2002. At the age of 12, he never expected to get asked to come compete, much less win fourth place in the under-18 category. It might have been one of the first moments the budding selector realized he could forge a career as a DJ.

It wasn’t much later that he would pick up his first piece of kit and started making his own beats, pressing his tunes onto wax to sell at local record stores. By the time his bootleg remix of the Nightcrawlers’ “Push the Feeling On” got picked up for an official release by Ministry of Sound in 2014, his industry-pro status had already been well established.

The release of that record also proved his ability to break from the long-held belief that you shouldn’t mess with the classics; granted, this belief is held mostly by old folks who don’t dance anymore. Since then, he’s put his spin on Bel Biv Devo’s “Poison” and, of course, his breakthrough hit, “Take Me Away,” which samples True Faith and Final Cut’s 1991 track of the same name. These aren’t just clear examples of his production prowess, but also of his deep knowledge of dance music’s roots and his innate ability to give the dancers of today a subtle education in where it all came from.

And his Metronome is just that: a lesson in all things house music, expertly blended and masterfully selected to reflect his eclectic taste. We had the chance to chat with him as well and pick his brain about the current state of remix culture, his latest single, “Must Be a Reason,” and how starting so young helped shape his career. 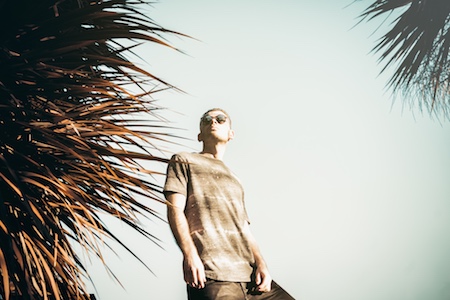 Some of your biggest tunes have started out as things you intended to give away for free. How does it feel to see something like that take on a life of its own?
It’s really crazy! All of the music I make is out of passion. I’ve always loved sampling, remixing, and being able to take a classic track and put a new spin on it. I mainly have done this to help make my sets stand apart from others, but the response from the clubbers and other DJs has helped these records take on a life of their own.

“Must Be a Reason” samples the classic 1998 tune “King of My Castle.” The lyrics reference Freud’s idea that humans are controlled by the unconscious mind. How do you see that idea relating to how you write music?
I’ve looked into this in detail, and often looking back at productions, it’s definitely a reflection on my mood and state of mind. I can listen to tracks I’ve made and realize at the time I was maybe upset or angry at a situation, and often that track ends up sounding pretty aggressive. If I’m in a good mood or in a good place, that’s when there’s a lot more of a good feel or party vibe to the track!

You have a residency on Kiss FM, a radio station that was responsible for bringing dance music into the mainstream. Can you talk about how it feels to be part of something so embedded in dance music history?
I was really honoured when Kiss got in touch about me doing a weekly show. I’ve grown up listening to that station and some of the legendary DJs that have been instrumental to the success of the station. To now be in that position, and to almost be a gatekeeper to what gets played and what goes on to be a successful track, is something I put a lot of dedication into. I also get a lot of exclusive and forthcoming tracks to showcase on the show. Having to update my track list every week also helps keep me on top when it comes to playing out.

With the resurgence of interest in that house, garage ‘90s sound, do you feel as if dance music is getting a bit nostalgic or coming into a new golden age?
I think there’s a great deal of tracks that have that nostalgic twist, with a new-skool feel. That blend of tracks with a nod to the past, but with new production elements, are the type I like the most. For me, production-wise, it’s all about pushing the boundaries and being as experimental as possible! That’s what I feel makes an artist really stand out from the crowd.

You said in your interview with Pioneer Radio that we might have reached the peak of bootleg culture. Do you think there are certain records that should never be remixed?
I think it depends on your intentions… There are a lot of bootlegs nowadays that are made with the sole intention of trying to cross over into the mainstream. Most of them are made by pop producers that aren’t really into house or haven’t grown up with it.

I think when you start a project with that as the sole intention, often the results are quite bland. I’m not someone that generally likes to conform. Most of the bootlegs or remixes I’ve made are basically as club weapons for my DJ sets. I never had radio or chart success in mind when producing, as that could end up as restrictive to where you take the production. In terms of tracks that should never be remixed, I don’t really take that stance. A good remix is a good remix!

You held a DMC UK Championship before you were out of secondary school. Do you feel as if honing those kinds of DJ skills early on has influenced your views on modern DJing?
Most definitely. It also gave me my first experiences of DJing to a large audience. I remember after the first gig playing in front of thousands of people, I thought to myself, “This is what I want to do for the rest of my life!”

How did being a part of that competition change the way you viewed your craft?
I grew up in the vinyl era. People are always arguing that that is the purest form of DJing; however, like everything in this world, technology is always changing and advancing. For me nowadays, there’s so much more you can do in a live DJ performance that you couldn’t 10–15 years ago, which makes the set a lot more interesting and innovative! I always try and embrace new technology, as it allows you to break boundaries.