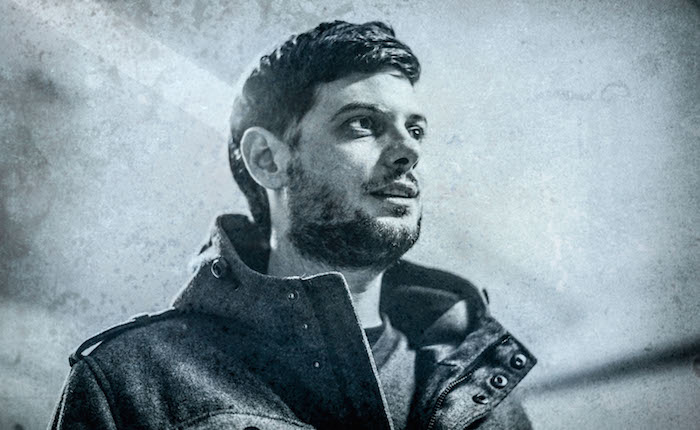 Already a well-established artist as a result of his collaboration with studio partner Cord on their Robosonic project, Sacha Robotti broke from their more disco-influenced house sound a few years ago to concentrate on developing his solo career. Leaving a successful act behind was a risk, but it paid off, and over the past few years Robotti’s star has risen quickly.

The Belgian-raised artist has been a part of the dance music community since the early ‘90s and has been a DJ for nearly 20 years. His quirky, bass-heavy, booty-meets-tech sound vibes perfectly with dancefloors worldwide.

You could hear it in his latest track, “Tailfeather” featuring p.keys, a funky house number featured on the newly released Insomniac Records Presents: EDC Las Vegas 2016 compilation. Robotti is sharing the track with beat-hungry audiences at EDC Las Vegas this weekend where he’ll spread his decades of wisdom behind the decks at upside-downHOUSE Saturday, June 18, during a day’s worth of forward-pushing music curated by the Insomniac Records crew.

His veteran status is all too apparent in the outstanding quality of “Tailfeather” and throughout his extensive discography as well as in his ability to read a room when he DJs live. He’s curated a set of dirty, low-end bass beats in this exclusive mix to give a taste of what he has in store for EDC attendees.

We chatted with Robotti about his studies under Kraftwerk and his dance music roots.

You studied under Karl Bartos of Kraftwerk. What was that like?
I took a course specifically to study with him, because I was such a huge fan of Kraftwerk and respected what they’ve done for electronic music in the ‘70s and ‘80s.

Since the year was so small and every of the 30 or so students had different interests, there were only a few master students Karl took under his wing. Towards the end of the course, the classes were more [intimate], just Karl and a couple of other students sitting down in the studio, listening to pop music and beats we had made, and discussing the future and past life of an artist. It was great fun nerding out together, and I learned a lot, also about myself.

You wrote your master thesis on Creativity and Copyright in the Digital Age at a time when we were just learning how complicated and powerful the internet could be in making musicians famous. Do you think your thesis still has relevancy today?
I wrote this thesis as an update of The Manual (How to Have a Number One the Easy Way) by the KLF, which still is one of the funniest books on the “music business” I’ve read to this day besides the novel Kill Your Friends by John Niven.

My thesis was basically a tongue-in-cheek guide on how to produce electronic music in the digital age while spending the least amount of money possible, and to demonstrate it, I made a track that was only made up of samples from #1 hits since 1980. The point of all this was to show that this track would have been illegal if I had made it available for free or for sale, and making it legal would have cost a lot of money to license samples. Basically, I wanted to demonstrate that the somewhat old-school structures and ideas of copyright in music weren’t matching the reality of how we as internet users create art through sampling and remixing content that’s available for free online.

My thesis could probably still have relevancy if you’d read it today, even though the tools and technology have changed quite a bit since 2006, especially in terms of music consumption and social media. Back then, there was basically only Myspace, YouTube, and some music-sharing sites to self-promote or grab content.

The same basic copyright situation hasn’t changed much since though; big record companies and publishers still own the bulk of the popular music that’s out there, and there’s still no easy, quick, and cheap way to clear samples for artists in order to use them in their own creations. I imagine sometimes what would happen if we found a way to democratize the legal basis of sampling. Arguably, a whole new economy could revitalize the music industry that has been trying to catch up to the internet ever since the MP3 format came to life.

You started partying in the mid ‘90s. What is your first clear memory of falling in love with dance music?
One of my first clear memories of falling in love with dance music is listening to Experience by the Prodigy; it must have been early ‘90s. I was simply blown away by this album, and since I didn’t own many records at that time, it was on repeat in my CD player for like a year [laughs]. It’s still one of the best electronic albums I know, by the way.

How does it feel to look back on the dance music scene with the perspective of knowing how far it’s come?
I’m happy about how far it has come, and it feels good to know that I’m a part of this scene now and cutting out my own niche. I remember when I started buying house and techno vinyl in 1995. The electronic dance music still felt very new to me, and I had to go out and actually find it—in record shops, on flyers, on late-night radio and at raves mainly. There was not much infrastructure around it. It felt young, and I didn’t know the internet either back then.

When the kids nowadays are discovering dance music, they may feel similar excitement towards it like I did when I listened to it for the first time. But pretty much everything else around the actual music has changed. Dance music is at everyone’s fingertips; you can get it instantly and lots of it. There are tons of industries built around it, with specific job descriptions that you can now study for at universities. The mainstream music industry is catching up with the dance music scene. Formats have changed; you don’t need to carry vinyl cases around anymore, but you can DJ with a tiny USB with a million tracks on it. There are conferences and seminars about dance music. Journalists and experts talk about the rise and fall of subgenres and the mental health issues of DJs on the road. Forbes writes about the richest DJs, and it’s so glamorous to call yourself a DJ now that bandwagon jumping has become a thing,

Even though I love it and I’m very happy to be doing what I do, dance music is so hip that the chatter and opportunism cluttering around it can make you sick sometimes, especially if all you want to do is make and play music.

Reunited Under the Electric Sky: A Journey Through EDC Las Vegas 2021