I never know how to start these things, so I’m just going to jump right in. It was such an honor to be asked to write for Insomniac for a myriad of reasons, not the least of which is: Instead of dissecting the emerging hostile takeover of popular culture for a relatively mainstream media audience, I’m now speaking to you. If you’re on this site, you’re a participating part of our culture, or you work for the NSA and you’re fattening up my FBI file. Either way, I feel like this is much more my speed. I’ve been many things and worn many hats over the course of my now two-plus decades in this business, but the one thing I’ll always be, forevermore, is a raver. 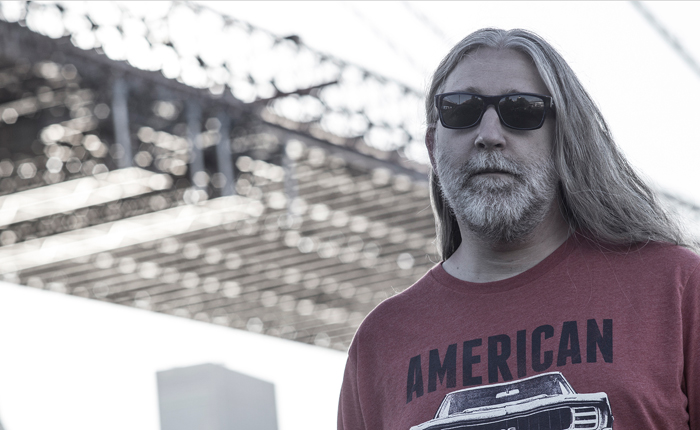 Since I last wrote about EDM and the force that it is, much has happened. Daft Punk cleaned up at the Grammys, Avicii produced Coldplay, the Chainsmokers appeared on American Idol, Saturday Night Live spoofed “When Will the Bass Drop” with Lil Jon in tow, Martin Garrix went to #23 on the Billboard charts, Steve Aoki and his Dim Mak roster did a Bud Light commercial, Tiësto inked a deal with 7 Up, Katy Perry had a #1 trap record, and Sam Smith got to perform on SNL off his success with Disclosure (he now has three tracks in the Billboard Top 30). It’s hard to believe all of this is happening at once, let alone to our culture. As a side note, I feel like there’s soon going to have to be something else, some other way of tracking and reporting the music that people truly listen to. I have no idea what this will be. I don’t think anyone does—at least not yet.

While our music has redefined both pop music and pop culture, there are still so many people at labels, in the touring biz, and in the management game who are operating at least a decade or so in the past. Our kind have shaken things up so much that it will most likely take the next 10 years for everyone to catch up. Remember, the majority of the people who really run things have been in electronic music since the ’90s, so we’ve seen this all before and have the experience to make this time around endure.

That being said, we’re at the crossroads of so many things—not the least of which is the passing away of Alexander Shulgin, the first scientist to synthesize MDMA. As we transform from an underground subculture to informing mainstream popular culture, there will be gains and some losses. Everyone should prepare for such. Ego loss and the infinite perspective are relatively new concepts for the Western world and most certainly brand-new to the mainstream. When there’s an expansion of consciousness, people become much more aware of their feelings in the moment and wanting to be only in that moment. This is the world and the culture in which we live. We’ve come to realize there isn’t much of a difference between proper meditation and a long night of dancing when you truly surrender yourself to the music and lose yourself to dance. In those moments, the disconnection you feel with your parents, your siblings and friends no longer matters. The frustrations and lost opportunities of your life are completely out of the picture and all you are thinking about is having the time of your life.

I hope with EDC Vegas right in front of us, our culture can reel itself back in a bit and shed the negative thinking that sadly creeps in when individuals and scenes get catapulted into the zeitgeist.

I see the human race headed back to a primal state—a dimension of feeling that the chaos of culture has cut us off from. It’s been said by wise men that if we could feel what we are doing to the Earth, we would stop immediately. Along this same idea, Terence McKenna spoke of “boundary disillusion,” i.e., political, racial, religious, sexual and intellectual boundaries. I observe our culture taking this one step further to what sociologists call “internal tourism.” This is where you work five or six days a week and then blow it out as hard as you possibly can when you are given a day of rest. This is nothing new, and it goes back to the flappers of Jazz Age prohibition in the 1920s, the start of rock ‘n’ roll in the 1950s, the birth of hip-hop, punk and disco in the ’70s, and the first days of house music in the ’80s.

So many artists, critics and fans have cried wolf about how the end of EDM is near. These statements are always so entertaining to me, and I can’t imagine how much those who make them must regret them soon after, while the festivals get bigger and the fan base increases at a blinding rate. I stood onstage at EDC New York, and while Hardwell played to the main stage crowd, I said to my friend, producer CID: “Do these kids look like they want to hear deep house?”—as they raged away to the revealed anthems. In due time we all shall evolve, but as the summer approaches, America is in for a full-on summer of EDM.

What everyone forgets is that these scenes take time to learn to walk, talk and grow. I feel like we are dead on to 10 years ago. In 1994, the initial shock of the rave scene had passed and those who stuck around were the real deal. What is important to remember here is that it took until ’97 for The Prodigy to release Fat of the Land and The Chemical Brothers to unleash Dig Your Own Hole; ’98 saw Fatboy Slim’s masterpiece You’ve Come a Long Way, Baby; and it took until ’99 for Moby’s Play to take over the world. So using that equation, it basically will take some of the top artists of right now up to five years to make the music that truly defines them. We have a long journey ahead of us, and these are truly just the baby steps.

I hope with EDC Vegas right in front of us, our culture can reel itself back in a bit and shed the negative thinking that sadly creeps in when individuals and scenes get catapulted into the zeitgeist. I hope everyone remembers that some of us in this journey have been on it for longer than some of you reading this have been alive. There is so much more to see, so much more to do, and so much more to accomplish. After all these years, I’m still excited to see what tomorrow will bring. I’ve never lost that, and I don’t think I ever will. That positivity and the sheer will of choosing the future over the past came to me because of my involvement with this music, this movement. I await the heights we shall see together; I believe those who really care about all of this all do.

Together we have power. We are witnessing the strongest surge in youth culture in almost 40 years. We have a responsibility to see this through with Peace, Love, Unity and Respect. I hope all who read these words of mine take a moment to reflect on how much our music, our culture, our bond, and our accomplishments really mean. We are presently making history. Hold your head up high knowing this very fact, and let’s make each other proud. We owe all those who came before us this and the next Moroder, Skrillex or Knuckles yet to be born. Our actions now map out the future of our grandchildren and this planet of ours. Be spiritually and mentally free. Love is everything. PLUR is the way of peace. Set forth into each day with awareness of all of this, and you can count yourself as part of the solution, not part of the problem.

Styline, Tommie Sunshine, and Wolsh Turn It Up Together on “Get Louder”

The Night I Fell in Love With Dance Music: Tommie Sunshine