There was a time not so long ago when romantically leaning interpersonal communication was accomplished by dedicating a song to your crush on the radio, or by sending them a letter in the mail, or picking up the phone and calling them, or by actually talking to them in person. These lusty times are generally referred to as the ‘90s—and every era prior. It was often awkward, but always exciting.

As the internet has since killed romance, we now express our deepest feelings of love and desire primarily by liking each other’s Instagrams, emailing each other Drake gifs, and by texting. So much texting. It’s a terrible and massively confusing way to develop an intimate relationship, especially when emojis enter the “conversation.” For example, sending a hammer emoji may be your way of saying, “You nailed it,” while the object of your affection might interpret it as, “I want to hit you with a hammer.” Fail.

Indeed, emojis constitute a wildly nonspecific method of communication that leaves a dangerous amount of room for misinterpretation. (Although science indicates that people who use more emojis have more active sex lives, which is certainly added incentive for getting your text game on point.) Thus, for Valentine’s Day, here is the definitive guide to decoding the emojis that hot babe you met at that party last weekend keeps blowing up your screen with. 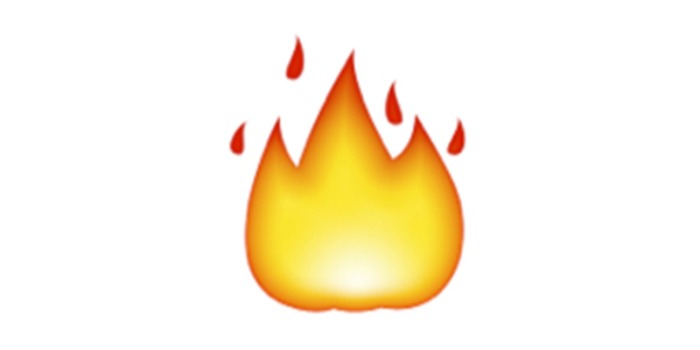 Unless your hair or your house or your car are actually on fire, flames are a positive and sort of clever sign that the sender thinks you’re hot, or that whatever you’re discussing with them is hot. Either way, hot is good, as hot is the temperature of romance. The lit cigarette emoji falls in the same realm of meaning—as it is, in fact, smokin’. 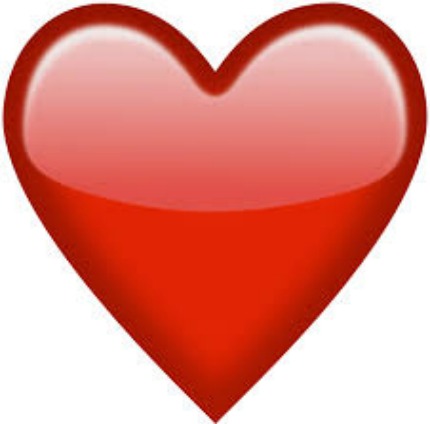 Just as Eskimos have many words for “snow,” some languages have dozens of words to express different kinds of love: the love you feel for your dog, the love you feel for your family, the love you feel for a really good sandwich, and so forth. We English speakers, however, are stuck with the one word and a limited amount of emojis representing the one word. Thus, hearts are casual at best, and not to be taken as concrete evidence that your crush is into you any more than they are into the burrito they had for lunch (<3 <3 <3 burritos). While slightly fancier, the dizzying collection of colored hearts, bull’s-eye hearts and motion hearts available are also definitely not indicators of feelings deeper than a puddle of quickly evaporating rainwater. Really, unless you have actually had a face-to-face conversation with this person about the fact that you actually love each other, it’s best to never trust a heart. 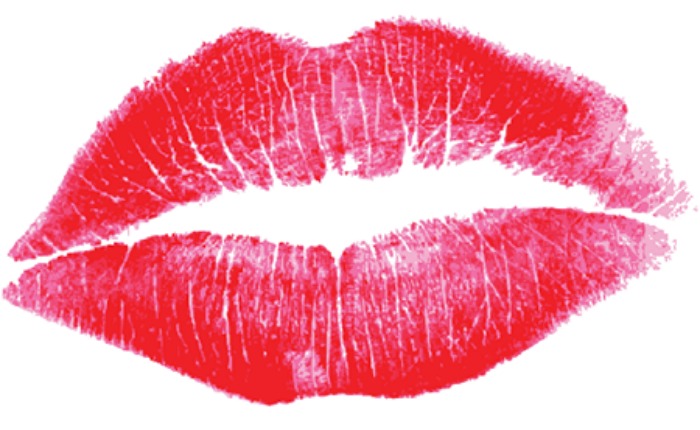 Sent almost exclusively by women, kiss lips are indicators of genuine lust and most often mean that the lipsticked lady sending them does, in fact, want to kiss you. Score. If you’re into it, follow her lead by suggesting plans to meet in person, and you may end up actually getting kissed IRL.

The most blatantly sexed-up emoji in the game, the winky-eyed, tongue-out face is the romantic equivalent of cruising Tinder, and used almost exclusively by horndogs and perverts. The person who sent it quite likely wants to get in your pants, though you probably don’t want get near any scumbag who would press send on that shit—unless you are also a horndog or a pervert, in which case, proceed accordingly. 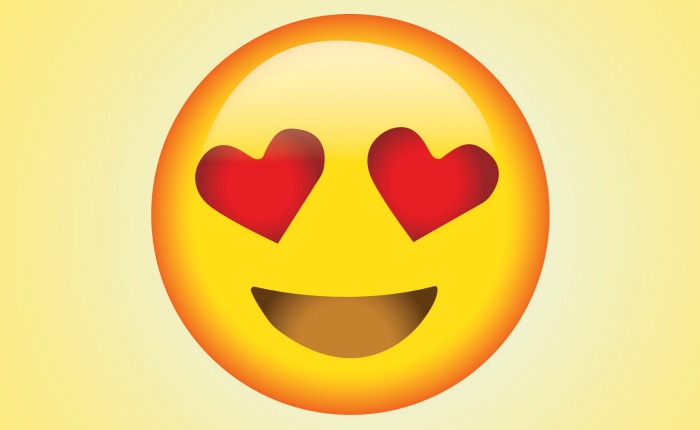 This is a most favorable emoji, as one would have hearts for eyes only when looking at something (or a text referring to something) that they’re super duper into. (Personally, my eyes turn into hearts when I’m looking at freshly baked cookies and the @dilfs_of_disneyland Instagram.) In any case, this emoji is a sure sign that your relationship is getting serious. Consider moving into Facetime phase. 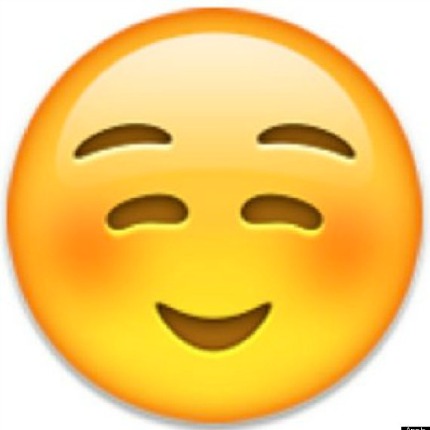 Science says that we humans blush when a stimulus like desire or embarrassment causes the blood vessels in our nervous systems to open, flooding the skin with blood and reddening our faces. Thus, blushing is a sign of deep emotional rumblings. If the person you like sends you the blushing smiley face, you can be sure that you have made them feel good on a physiological level. You are thus about three steps away from making out with this person. (One: invite them over. Two: open the door to your house. Three: kiss them. Easy.) Any of the three smiling blush faces are good signs on your road to heavy petting-ville. However, if you receive the blushing smiley face’s ratchet stepsister, the blushing bulging-eyes face, there’s a good chance you have said something uncomfortable. Apologize immediately, ideally with actual words.

These are all tricky emojis to interpret. While the bomb is sometimes used to indicate that something is “the bomb” and the gun and knife have been known to mean “killer” in the positive sense, receiving any of these emojis may indicate that you are communicating with someone who is likely to steal from you should you ever invite them over to your house. (In an article about our extensive use of emojis, The New York Times reports that “legal experts have even discussed whether an emoji death threat [gun and face] could be admissible in court.”) Change your number. 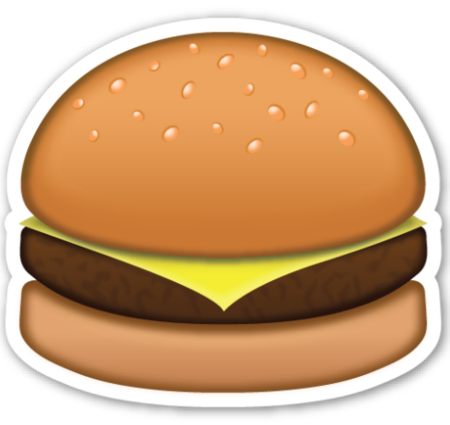 This person is asking you on a date by suggesting various things you could drink and eat together. Fun! They like you! Say yes! 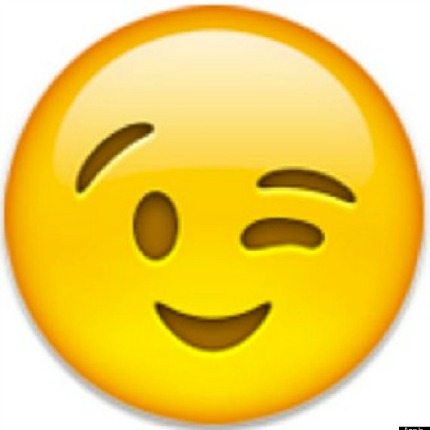 The wink face is always essentially whispering lustily into your ear, “Hey babe, there’s something happening between the two of us that only we know about.” Inside jokes are good, because they’re something that just the two of you share, and sharing a secret with someone is almost always sexy—unless that secret is about a dead kitten or venereal disease. In any case, wink faces are favorable omens for sure. 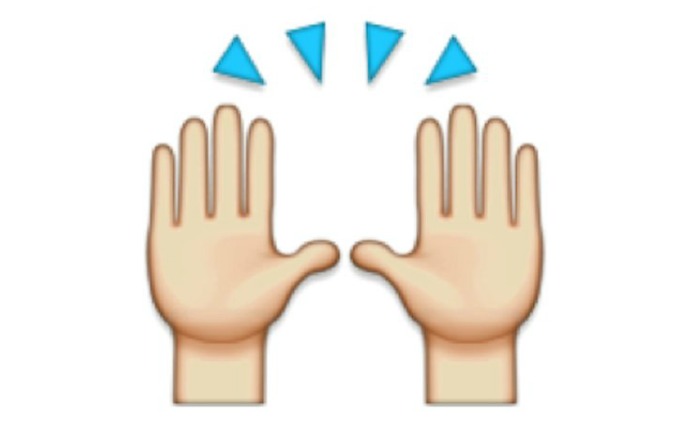 This universal sign of praise indicates that whoever is sending it to you is literally rejoicing in whatever genius you just dropped on their screen. Maybe you suggested dinner at their favorite restaurant. Maybe you sent the exact right Drake gif. In any case, they are wrapped around your finger. Pounce. 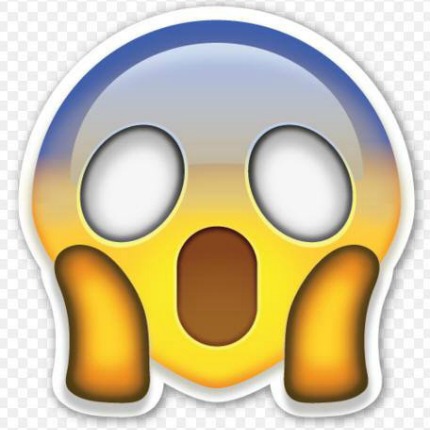 The romantic equivalent of navigating a porta-potty in the dark, the mouth-agape/hands-on-the-face/dead-eyed ghost face emoji pretty much means you’re never going to hear from this person ever again. Sorry. Better luck next time. Move on.

United States of Emoji: Which One Represents Your State?

'Alice's Adventures in Wonderland' Has Been Translated Into Emoji