For Sir Bob Cornelius Rifo, every day might as well be Halloween. With a Venom-esque mask, zealous punk performance skills, a dark electro sound and rock & roll vibe, he’s crafted the one-of-a-kind act known as the Bloody Beetroots. Consider it a potion made up of equal parts love of music and penchant for performance—and fans can’t drink up enough of it. After one heart-pumping, gut-wrenching performance, audiences know that there’s a lot more behind the costume than Rifo lets on. Up next, he’ll be bringing his signature scream to the US and Asia as he tours both regions this October and November.

“Flying over the Bermuda Triangle, I couldn’t stop thinking that we could just disappear forever.”

We tossed out a few fun Escape: All Hallows’ Eve-type questions to the man behind the mask. Here’s what he had to say. 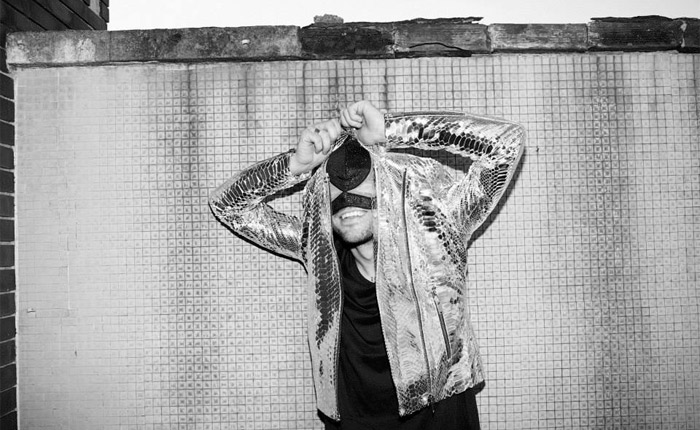 How do you typically spend Halloween?
Halloween in Europe hasn’t always been such a big deal. You might not believe me, but my very first Halloween celebration was in L.A. last year! I did the whole celebration at home with the pumpkins and everything; it was a blast! Since I’m really feeling the Halloween spirit this year, I think I can see a long line of smashed pumpkins ahead of me.

Have you ever had a brush with the supernatural?
I remember my grandma used to see ghosts all the time. I never figured out if it was her imagination or the wine she used to drink.

Do you have any travel, gig or studio horror stories to share?
I think the worst horror story for any self-respecting producer would be the one where your studio monitors explode like pumpkins due to exceeding 40hz. Man, that would be a nightmare!

If you could put a spell on someone, who would you cast it on, and what would you do?
I would cast a spell on myself and become Screamin’ Jay Hawkins!

What’s the most disturbing event you’ve ever witnessed?
One time when we were flying over the Bermuda Triangle, I couldn’t stop thinking that we could just disappear forever. It wasn’t something I actually saw, but it was damn scary.

What’s your worst nightmare?
Probably myself.

Who are some of your favorite horror movie villains?
I must say that Uncle Fester from The Addams Family has always intrigued me a lot. I think it’s because I see some resemblance perhaps.

Which horror filmsetting (zombies, vampires, werewolves, serial killer/slasher) are you most likely to survive in, and why?
I feel right at home with vampires and werewolves.

Would you rather play the villain or the hero in a horror film?
Always the villain! I was born to scare and create disorder.

Who would be the best DJ or producer to dress up as, and why?
Maybe DJ Dracula.

What’s your favorite scary movie?
The Addams Family—the original one!

Have you ever been to a real haunted house?
I haven’t had the chance yet, but I’ve heard there are several across the US. I’ve always thought it would be great to play a set in one!