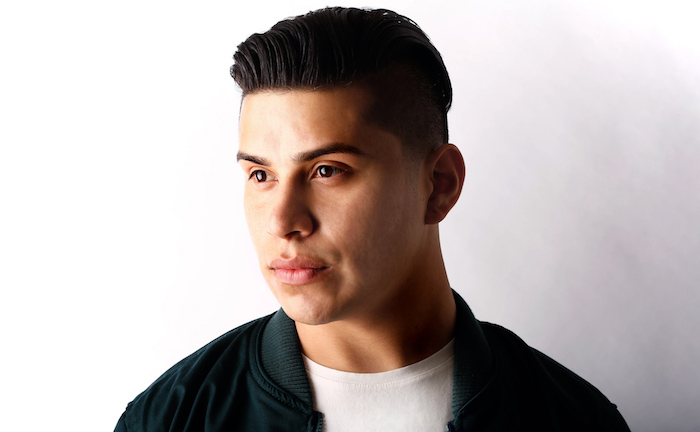 Most kids who follow in the family business grow up to be mechanics or farmers or accountants or lawyers. Dads traditionally push office jobs and trades, things they know their child can depend on. But that’s not the case for Ravell. His dad wanted his son to follow his dreams and turn his DJ hobby into a career.

“I started DJing with my dad when I was 12,” says Ravell. “We’re all about working hard; that’s embedded in my culture. We work as hard as we can, and we give it 100 percent in whatever we do.”

The 24-year-old Californian producer started young to help support his family, taking jobs at different community events, weddings, house parties, whatever. It wasn’t until he turned 15 that he started taking his DJ career seriously.

Eventually, he heard about all-ages clubs looking for young resident DJs, and he landed his first gig at a local spot near his home in Fontana, in San Bernardino County. He rocked the place, which held a capacity of 5,000. It was a rush unlike anything he’d experienced before; it was love.

That’s the hustle that’s gotten Ravell to where he is now: performances at Coachella and EDC Las Vegas; original releases on Kaskade’s label, Arkade; official remixes for Galantis and, most recently, global Latin pop star Enrique Iglesias. Ravell first met Kaskade through a mutual friend when both DJs performed at 2011’s Identity Festival, but it wasn’t like he shook hands and signed a contract overnight. He started off doing whatever he could to help the label, whether that meant working the merch booth or acting as an assistant—anything to make himself useful to Kaskade and the team.

“One of my friends reached out and said, ‘Hey, [Kaskade] needs some help with various things,’ and I’ve always been an ‘I’m down’ kind of person,” Ravell says. “I can never say no, because I’m up for the challenge—and if I don’t know [how to do something], I try to find a way to figure it out.”

Ravell’s hard work and dedication was rewarded with a million learning opportunities, including a few rounds opening for Kaskade on several tours and, most importantly, an outlet for his own musical talents. Considering his Latin upbringing, he’s super pumped on the recent Enrique Iglesias remix, and so are his mom and dad. “Duele El Corazon” gives Ravell the space to tap into his musical roots.

“It just happened, but I want to embrace the Latin sounds,” he says of the remix. “I want to tie that into my music moving forward. The Latino community doesn’t get that much love, and I want to take that and embrace it.”

No doubt that’s something to make pops proud.