Two decades ago, my mind was blown in the back of a dark auditorium. Onstage, a computer was talking to a keyboard—triggering notes and chords programmed by the demonstrator with MIDI. Around the same time, I witnessed computers talking to each other with early modems through phone lines. I could barely wrap my head around it, but both events would change my life forever. My teacher asked me, “What do you want to do when you grow up?” and I replied, “Something with music and technology.” I didn’t realize these two things would be my entire focus for the next 20 years. 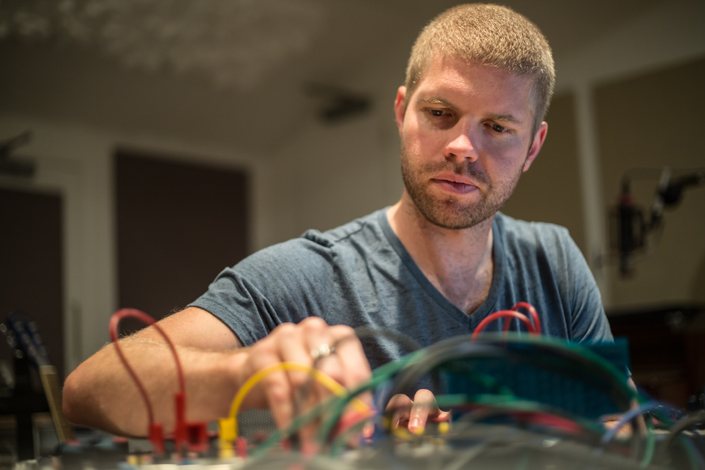 These days, technology is at the core of everything in my career, but it all starts with the sun. Solar panels on my roof (via Solar City) power the house, studio and electric car (a Tesla Model S). My phone (via Time Warner’s Intelligent Home system) controls nearly every component of the house, and everything is backed up to the cloud via services like Dropbox and Crashplan. I use a Sonos wireless media system to control the music in each room, which has actually made me listen to more music and integrate casual listening into my daily life.

The studio core is a mix of Ableton and Pro Tools taking care of DAW duties, compressors and pre-amps by Avalon, Neve, and Purple Audio for tracking vocals and instruments, and several hardware synths by Dave Smith and Moog. Gear lust is a constant battle, but the latest setup is more streamlined and software-focused than ever. It’s important to keep things simple and have your best tools at hand. I use plugins by Waves, Sound Toys, UAD, Brainworx and several others. Too much software can hurt the working process, so I try to pare things down to the essentials. Some days I reach for hardware, and some days I prefer sticking to software. 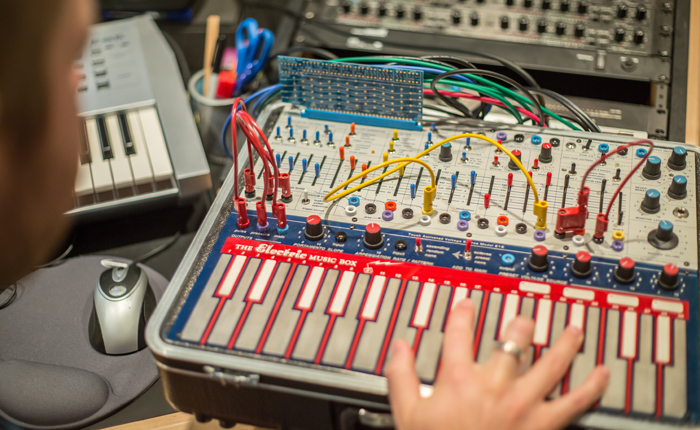 It’s hard to believe I’m actually making music with the sun, but it’s something I often take for granted. It feels almost surreal that the sun’s energy is eventually converted into songs. I even have a piece of gear called a Buchla Easel that has a keyboard triggered by the electricity in your fingers.

New music that I produce creates a demand for touring, but I want the shows to be a unique experience you can’t get anywhere else, so technology is woven in to extend the depth of the songs. I want the experience to be something that can’t be captured in a download or a simple tweet. You have to be there in person.

Last year, we began to search for the special element that would transform the show entirely. I wanted to find something exotic that hadn’t been done. 3D LED panels had never been used by a DJ. Everybody did the standard big LED show, but it was important to try something new and different. Cheap 3D knockoffs had been done in the past—like those red-blue 3D glasses—but never 3D done right. Some artists use fake hologram tricks, but it’s an old optical illusion. 3D should be crisp and immersive. It should transport you somewhere else. A lot of the usual tricks work well—cryo blasts, confetti, champagne sprays, light batons. But they’ve all been done. 3D provided a new, exciting canvas to work with, limited only by the content you develop. Best of all, it’s scalable; on tour, we were able to do 3D for crowds from 1,000 to 10,000.

It was important that the technology wasn’t just sizzle. It needed to mean something and make the songs even more memorable.

Another huge element is keeping everything in synch. The lyric graphics needed to lock to the vocals, and crucial events like builds and breakdowns needed to have clear changes with the visuals. To make things more complicated, the show needed to be flexible and have the ability to change throughout the tour, so it wasn’t just a linear set. We were able to accomplish this through dividing songs into key sections and locking everything to BPM through Resolume. I’ve seen some DJs use a “ghost” CDJ w/ SMPTE code to keep everything in sync—and they communicate through iChat with their VJ—but this seemed overly complicated and a very old school way of doing things. For a while, to keep things in sync, I was setting clips in Ableton to trigger two simultaneous events, one audio file and one video clip via MIDI per song, but this required stringing an Ethernet cable hundreds of feet across the floor of a festival. Wireless systems weren’t reliable enough, so we eventually just relied on my VJ to anticipate changes and adjust everything in real time. 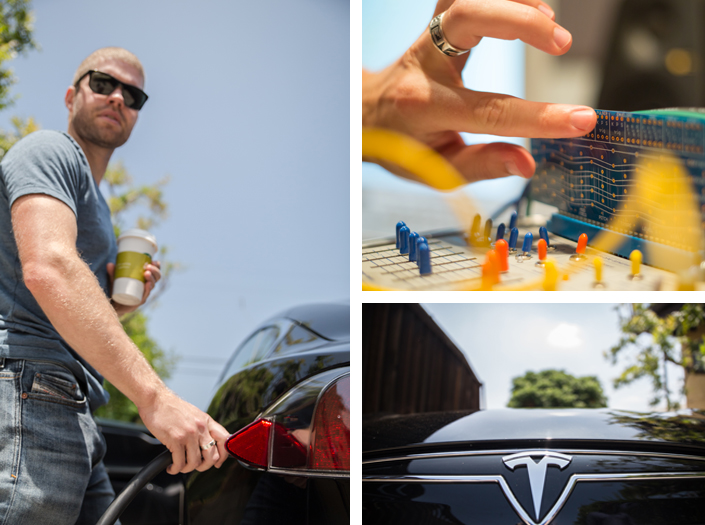 Technology can be the vehicle that takes the music to that next level, and we gambled big on 3D production for the last tour. It was important that the technology wasn’t just sizzle. It needed to mean something and make the songs even more memorable. Lyrics are the core of my music, so we made graphics that pushed the words so close you could almost touch them. We created different worlds for each song, with unique color schemes, shapes, and a story arch for the entire night. I wanted the audience to feel like they were actually inside the song.

Technology can be scary, expensive and frustrating, but when used correctly, it can change everything.

Good technology allows this kind of experience; it delivers an emotional reaction without getting in the way. Bad technology can distract and interrupt the experience, so the animators took care to make sure nobody would get motion sickness or tired out from the visuals. This was an important lesson learned from watching pioneers like James Cameron and movies like Avatar. We were lucky enough to actually have James stop by during rehearsals and give us some tips. 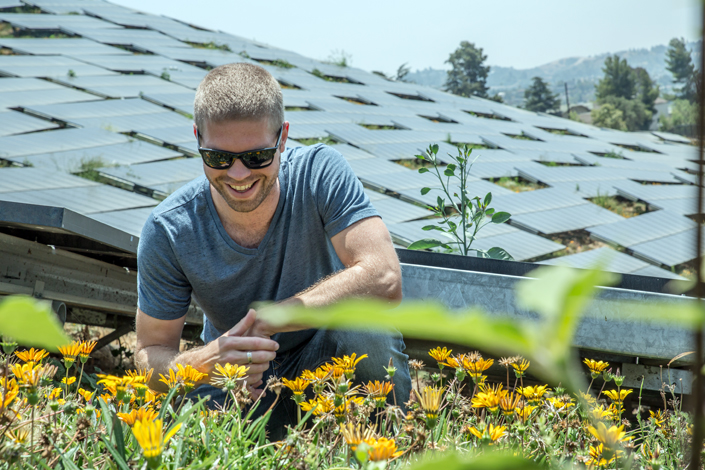 Without a story, the technology has no foundation. This played a huge role in creating the show. 3D rendering and playback requires a lot of horsepower, so we partnered with PC manufacturer Alienware to help power the show. Onstage, I use a basic laptop to trigger clips in Ableton and control effects with a Pioneer DJM-900, but my VJ uses Resolume and an Akai APC40 controller to mix and blend visuals.

At first, we wondered: Would people still dance? Would it be like sitting in a movie theater? Can you combine these elements and keep the energy moving? Every show would start the same: Jaws would drop, people would stand still, then they’d slowly realize they could dance and watch and make noise all together. It felt like a rave in an IMAX. The production costs were astronomical, but we managed to keep ticket prices low, and fans will never forget those 3D shows. For me, it was important to invest in the shows and give something back to the fans.

Now we are planning the next step. The new album was made entirely from the sun, and we are planning to make an even more emotional 3D ride for next year that integrates all the new songs. New technology is never cheap, but you have to take that leap and try something new. Technology can be scary, expensive and frustrating, but when used correctly, it can change everything.

All photos by Dustin Downing