Halloween is probably my favorite holiday of the year. Actually, it is my favorite holiday of the year—but this wasn’t always the case. You see, growing up with a single mom of six (I’m the oldest) wasn’t always great times. Sure, my siblings and I got along, we had fun together, but holidays were a little rough, which made it suck so hard going to school with my homemade costumes. I know what your thinking: “Jose, what’s wrong with a homemade costume?” Those are often the best, right? Wrong—lol. One Halloween I wanted to be a ninja, but my mom wanted something simple she could probably do easy and fast, so I was a Vampire. She put her makeup on me, made me pale white and drew bloodlines down my lips with her lipstick. And for a cape, I got a trash bag—one of them big ones too. I was so embarrassed to go to school; everyone was dressed up super cool. But hey, I had fun. I think. 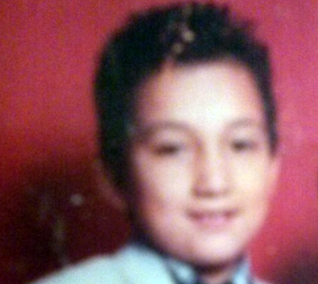 Another year I remember the Power Rangers were hot—you couldn’t go anywhere without seeing them. Posters, toys, pogs, etc., so of course I wanted to go as a Power Ranger that year, but because the show was so new there were no costumes anywhere—especially so late in the year. So I asked my mom to make me one and she laughed at me and said she still had the vampire costume from the year before in the closet. I didn’t want to be that vampire again, so I tried to make my own Power Ranger outfit. I ripped up a white shirt, cut three diamonds and stitched ‘em on a green sheet and wore some green sweat pants. And walla, I was the fucken green Ranger and was so proud of it. So I went to school like that, but really it looked soooo poor, and one of my friends from class (super legit) showed up with a Power Ranger costume and helmet. I mean, his looked like it was off the set. So there we were, we just starred at each other. Me in awe of him and he no doubt laughing at me on the inside—and probably out. When I came home that day I didn’t want to even go trick-or-treating, but my mom came home from work with a ninja costume for me. I didn’t question it…and even though it smelled weird, I wore that costume for like three years straight. 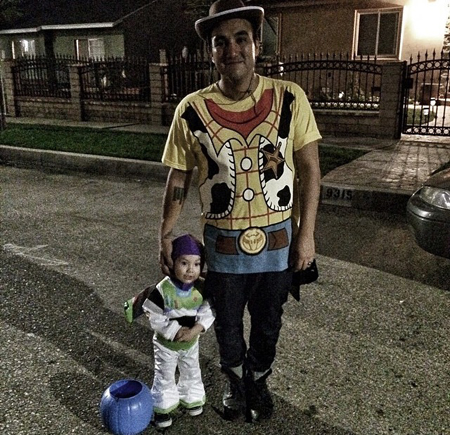 So I guess now, as an adult and dad myself, I understand the struggle my mom went through. I don’t blame her. Whether it was a garbage bag around my neck or a pantyhose mask, she tired her best. Oh yeah, one time I wore pantyhose as a mask, which didn’t go well—I think I left it on most of the day because it started to rip and it was the only pantyhose my mom gave me, so I didn’t wanna ruin it.

“Whether it was a garbage bag around my neck or a pantyhose mask, she tired her best.”

So anyways, what I was saying is now as a dad, Halloween is my favorite, because I can dress up with my kids and just let them have fun while trick-or-treating. Also, I’m making up for lost years, I guess. You can never get too old for Halloween, but I promise you this: I’m going to make my kids wear that garbage bag cape one day to school. You know, just to be a dick.

You can catch ETC!ETC! doing this thing on The Chopping Block stage this Friday at Escape Psycho Circus.