Gunshots suddenly rang out, causing Kate and me—not to mention the surrounding Financial District San Franciscans on their lunch breaks—to nearly jump out of our seats. But there was no shooter, just Kate’s speakers. Up until those shots went off, we had been unable to get her latest creation to work. The low-power Bluetooth MIDI board, which is made of paper and plays through your phone or computer, was printed for DJ QBert’s latest double-album releases, Extraterrestria and GalaXXXian. And it just happened to have a gunshot sample. But now that it was booted, Kate ignored the looks we were getting and gleefully pumped up the volume on her speakers, raised her eyebrows devilishly and said, “Let’s get loud.” 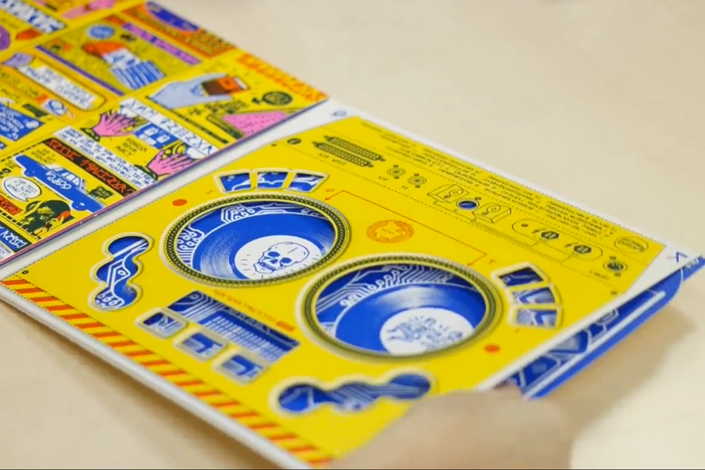 And she did. She looped, mixed, and scratched out a beat on the paper with ease. “I just love the reactions,” she said after ending her mini-set. And there was a definite reaction. The guy next to us looked like he was itching to try it, and her performance had me feeling the same way. This is the kind of feeling Kate feeds on, she told me before the gunshots made the people around us almost spit out their coffee.

But this all makes sense when you get to know Kate. She’s a scientist with a PhD in physics—as well as CEO (though she doesn’t like labels) of Novalia, her very own music technology company—and she’s on a mission to make the world a living MIDI board. Over lunch and some beats, we spoke about her mission, her philosophy, and an almost deadly encounter she had with a deer, only half a year ago, that left her in a coma before her amazing QBert decks were even complete.

“The biggest fucking challenge of any journey is getting off the couch, not stepping on top of the mountain.”

Can you walk me through the DJ QBert’s project?
About two years ago, I was asked to speak at TED, so I decided to tell my kids that I was being flown to L.A. to DJ for 1,500 people. I thought it was a great story, but let me make this clear: I’m not a DJ or a musician or anything. I just love to pretend for fun that I am. So I thought, How am I going to swing this? Then the idea struck me that maybe I could simplify DJ decks and make them out of something like a piece of cardboard.

You just came up with the idea on a whim?
Yeah! I thought, what could possibly go wrong? My colleagues said, “There’s no way we can make that happen.” But I just went for it anyway. Next thing you know, I’m onstage in L.A., DJing. A few amazing things came out of TED. One is that Mark Ronson did his talk this year at TED, and he sampled me! So I was like, claim to fame—sampled in Mark Ronson’s talk! And then QBert emailed, saying he was putting out his first album in 15 years and, if it were possible, that he’d love to include some decks in the album release. Without hesitation, I was like, “Absolutely!”

That’s awesome! How’d you make it happen?
To make anything happen, you don’t need to know how to do it. Just fucking jump off the cliff. That’s how I live my life (laughs). I want what I make to just work, but like, in a magical way. People ask, “How did you make that so thin?” “How have you made the paper come to life and be a set of DJ decks?” I didn’t make something high-tech for it; it’s not alien technology. I wanted it to be as simple as possible. We made it without any special machines, materials or anything. We just took cardboard and inked it. Then we took a circuit board we designed and pressed it on the inside, closed it up, and that’s it. Technologists, though, want to pull it apart and say, “You’re using things that have been around forever. These chips have been around forever. You haven’t done anything novel here!”

But they didn’t have the idea… I see how that can be frustrating. It’s like that old story about the boy who pulled apart a fly to see how it worked. But then, he realized he had killed the fly and ruined the mechanics that made it amazing in the first place, right?
Yeah! They’re looking at the component parts. What makes it magic is the concept. It’s the sound, the graphics and the artistry that brings the magic to it. The technology needs to take second place to the experience. The important part is making someone smile. It’s not like, “Wow, it’s an amazing piece of wearable tech that can be used for this, this and this.” I don’t give a shit about that! It’s fucking boring! I want everyday immersive experiences that transcend technology.

“I spent a week in a fucked-up coma that was oddly very hip-hop themed. Snoop Dogg was hiding in my bathroom, and different hip-hop stars shot each other.”

Where, ultimately, would you like to see that idea go?
Honestly, I want to see everyday objects be magical. I think the future will look more like the past than the present. It won’t look like Minority Report or The Jetsons; it’s going to look like Harry Potter or Marry Poppins. You’ll wake up and all of the computers, smartphones, everything will be gone. But if you ever stand at the bus stop and want to make some music or something, all you will have to do is start tapping on the wall, and it will make some fucking beats. It will all just be everywhere.

You’ve definitely done that with a few of Novalia’s other projects. Can you tell me a bit about some of those?
You’re heading into a Hong Kong subway. There are pictures of eggs. You touch those eggs, and each one is a different instrument. One is a guitar, one is a drum, etc., and people can collaborate with them all!

You did the same kind of thing for Beck’s as well, right?
For Beck’s Beer, they wanted to promote new music, and they wanted to put posters in the street. So, we made band posters that could play music so the streets could come alive.

It seems like your personal philosophy has had a lot to do with the products you create. What from your past brought you to this point?
Everyone feels that they think differently or do things differently, which is kind of cliché, but I’ve always felt that I really was different. In school, I failed physics, math, English, everything. So I just thought I was stupid, and teachers reinforced that by failing me from high school.

That’s rough.
It was. So, I disappeared to Australia and just worked at farms and traveled around and tried learning from the world. My dad used to work for Shell Oil, so I would spend my days off school in places like the Omani Desert or the jungles of Borneo. I remember being a 14-year-old, standing on a drilling platform in the middle of the desert and thinking a kid shouldn’t be up here. But I was.

“I had this idea a little while ago where I’d like to turn a forest into a musical environment. So like, you hug a tree or tap a mushroom, and those all act as inputs that create this amazing, immersive music.”

That’s pretty amazing; but you have a doctorate?
Those experiences gave me the sense that I could do anything. The biggest fucking challenge of any journey is getting off the couch, not stepping on top of the mountain. It’s just doing it. When you say you’re going to do something, people say, Oh, you’ll never do that; you can’t do that; how are you going to do that. Well I don’t know, and I don’t need to know. All I need to know is that I’m going to begin the journey. And that’s what I did for years, until eventually I managed to persuade a university to let me back in. And I ended up getting like 10 percent above a first-class Honors degree, and then I got offered fully funded PhDs at three of the top universities, and I chose Cambridge. Now, I have a PhD in physics from Cambridge, which is the number-one physics research university in the world. 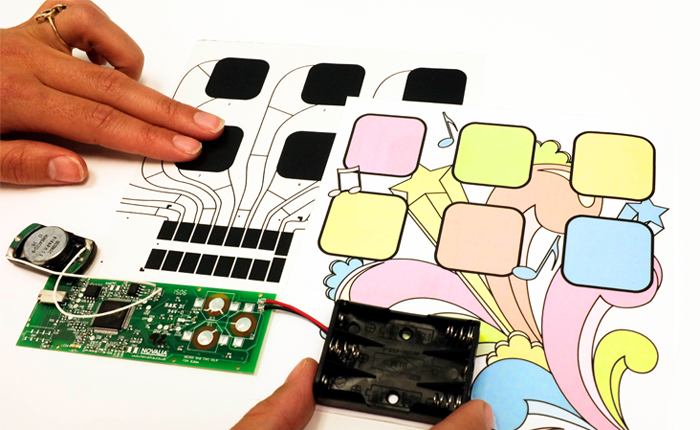 That’s got to be nice to be able to say out loud.
Exactly! I wrote my fucking PhD thesis at one of the best colleges at Cambridge, so like, fuck everybody! Now I get to do what I want. Now when I do things, I don’t have to explain to anyone why I do them.

There still must be challenges, though, right?
Definitely—particularly in the last year, around when we started printing QBert’s decks, I lost everything. And I mean everything, like, literally unable to breathe, eat, drink, think, walk or move. Over the course of four months, bit by bit, I had those skills given back to me like gifts. I’m so lucky that I’ve had those things taken away from me, because it teaches you what to appreciate.

What happened?
I was gored in the throat by a stag.

Seriously?
Seriously. I was walking home from the pub, on my way to a family reunion that was years in the making, and this stag came out of nowhere and pierced my throat. If it had been just a millimeter over, it would have killed me instantly. I spent a week in a fucked-up coma that was oddly very hip-hop themed. Snoop Dogg was hiding in my bathroom, and different hip-hop stars shot each other. Then to top it all off, a nuclear bomb was dropped on San Francisco by the president of Ukraine. But eventually I got through it.

Wow. Did what happened cause you to reevaluate anything or drive you to work on specific projects?
Well, I do have dream projects that I want to do more than anything now. I had this idea a little while ago, where I’d like to turn a forest into a musical environment. So like, you hug a tree or tap a mushroom, and those all act as inputs that create this amazing, immersive music.

Sounds beautiful! What about the other?
What I really, really want to do is create a platform through Novalia that makes it easy for anyone to make their own MIDI controllers. Then they can decorate their floors and walls or anything with them. That’s what I really want to see happen this year. I want to inspire people to push their own horizons as far as possible and create something amazing for themselves and the world. And I want to help them make it real.

The Sound of Taste Feel Flavour from Grey London