Nosaj Thing and Chance the Rapper recently combined forces for the track “Cold Stares.” While it was not the first collaboration between the two, it served as a pertinent reminder that hip-hop and electronic music are on a trajectory of continued cross-pollination. Nosaj Thing and Chance the Rapper hail from two seemingly different realms of music and cultural tradition: Chance, from the world of hip-hop, and Nosaj, that of electronica. Yet today, one might argue that perhaps these two realms aren’t as easily distinguished from each other as they’re thought to be.

Electronic music has enjoyed meteoric growth, yet many of its fans (and purveyors) were first hip-hop heads. Yet the reaction to some of these collaborations has varied widely, ranging from excited approval to blatant disdain. As both an electronic music and hip-hop fan myself, I have never really understood the latter reaction.

“Hip-hop is always around, even now when I’m an electronic DJ. It’s more the way I live my life than just reducing it [to] a ‘genre.’” 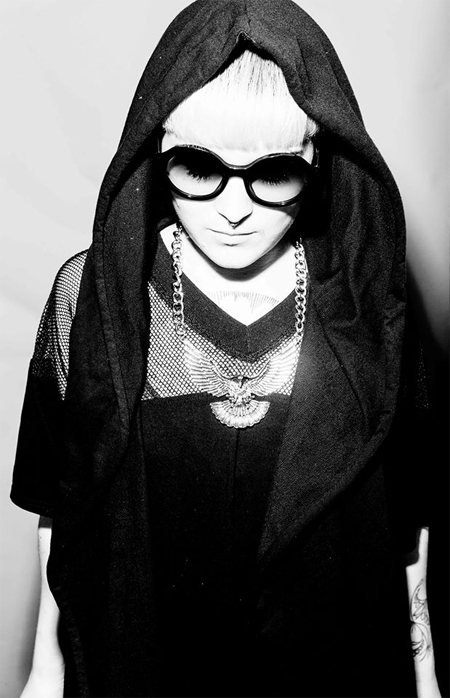 Take Nicki Minaj’s “Truffle Butter,” for example, which sampled Maya Jane Coles’ hit house track “What They Say.” Once the track made its rounds across the social media megaverse, fans accused MJC of yielding to the opportunity for monetary reasons and scorned the collaboration. MJC responded by rightfully defending the track, remarking that she came from a hip-hop background, and “that’s what got me into music in the first place.” Likewise, many of dance music’s biggest names also started out in hip-hop, like producer/DJ Loco Dice, who tells me, “I grew up with hip-hop… Hip-hop is a part of me and always will be. I live it and feel it every day. It’s something totally tactile for me. Hip-hop is always around, even now when I’m an electronic DJ. It’s more the way I live my life than just reducing it [to] a ‘genre.’”

So what’s at the root of all the hate? Many of the comments suggest a strange kind of defensiveness, as though house and electronic music were being gentrified by such collaborations. What fans like those don’t understand is that hip-hop and electronic music have always had a close relationship. The b-boys and b-girls who ciphered at battles were no strangers to house—after all, the soul, funk and rhythm that speak to a dancer transcends genre lines. But to really understand it, we need to examine the roots of both hip-hop and electronic dance music.

Both are undeniable hallmarks of urban culture. Hip-hop offers creative outlets through the elements of turntablism, graff writing, b-boying and emceeing, allowing youth across the globe a vehicle for asserting their identities and creativity. It was born in the 1970s in the Bronx, New York, and was embraced mostly by the youth of poor black and Latino communities. It began its worldwide proliferation in the ‘80s, and its soundtrack evolved from simple and fun rhymes over basic beats, to the boom-bap of producers like J Dilla, Pete Rock and DJ Premier, whose productions lay the foundation for a golden era of hip-hop. Eventually, hip-hop grew to include other styles like conscious rap and gangsta rap. And of course, today we see a broad amalgamation of styles ranging from the textured, skittering soundscapes of artists like Flying Lotus, to the more mainstream, ego-centric rap of acts like the aforementioned Nicki Minaj.

Meanwhile, some of electronic music’s early interpretations took hold in cities like New York, Chicago and Detroit, taking shape in the form of disco, garage and house, which then evolved into some of the more popular forms we know today: deep house, techno, trance, jungle, breakbeats and more. Its growth was explosive, particularly in Europe, and the underground raves that developed from its birth offered unbridled freedom and acceptance, alongside a form of collectivism embodied by the tenet of Peace, Love, Unity and Respect (PLUR).

So, how did these two musical communities interact?

“I would play my set, then go catch someone like Donald Glaude in the house room. All those DJs back then…we were all rooted in the 1980s.”

Melo D—of the legendary hip-hop DJ crew the Beat Junkies—tells us that his crew had plenty of exposure to electronic music. “In the early ‘90s, there was definitely a big resurgence of dance music, like the Bucketheads, Kenny Dope, Masters at Work, Nightcrawlers, stuff like that.” These events, while dance-centric, always had a place for hip-hop. “Fast-forward to the second wave, the late ‘90s. These events had multiple rooms. I would play my set, then go catch someone like Donald Glaude in the house room. This was pre-Serato, so DJs were still bringing out two or three crates of records. All those DJs back then, like Doc Martin and all the OG house cats, we were all rooted in the 1980s—you could hear the influences in their music.” Or consider the Amen break, arguably one of the most sampled breaks in the world—you’ve heard it in everything from classic rap tracks like NWA’s “Straight Outta Compton,” to old-school jungle, drum & bass, and in the productions of electronic luminaries like Amon Tobin and Aphex Twin.

With a common foundation of sample-driven production informed by jazz, soul, blues and funk, it was a natural progression for the two communities to begin sampling each other. For example, Afrika Bambaataa and Soul Sonic Force’s “Planet Rock” sampled Kraftwerk’s 1977 release “Trans Europa Express,” while in the ‘90s, Armand van Helden sampled Grandmaster Flash’s 1986 track “Freelance” on “Psychic Bounty Killaz Pt. 2.”

“The introduction of trap music has blurred the lines of hip-hop and electronic music.”

The advent of the internet and the technological advances of the 2000s brought about a rapid exchange of information and, with that, a cocktail of influences, ideas and innovation. We saw rapper Common collaborate with van Helden on tracks like “Full Moon” in 2000; A-Trak won multiple prestigious DJ competitions as a young teen and would eventually make the shift to electronic music, as well as found his label Fool’s Gold with Nick Catchdubs in 2007—a label that would come to be known for bridging the gap between electronic and hip-hop. Fast-forward to the present decade: We find icons like Kanye West enlisting artists like Brodinski, Gesaffelstein, Hudson Mohawke and Daft Punk to help write and produce Yeezus. His joint album with Jay-Z, Watch the Throne, featured samples from the likes of Flux Pavilion and Cassius, and we already know that producers like Cashmere Cat and Sinjin Hawke will be featured on his forthcoming album. 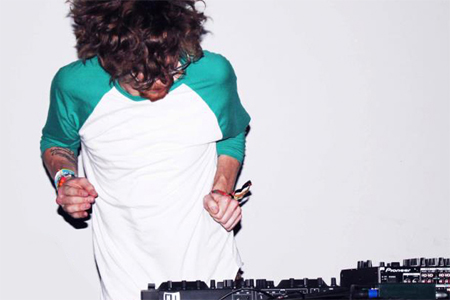 This list of collaborations and exchanges is nowhere near exhaustive, and we can only expect this shared growth to continue tenfold. Perhaps that’s why it’s becoming increasingly difficult to draw a line between hip-hop and electronic. Bass music producer Minnesota points out, “The introduction of trap music has blurred the lines of hip-hop and electronic music. Producers like Carnage, Flosstradamus and Cashmere Cat are producing straight-up rap records that are getting radio play, but also go off live.” Indeed, genre labels are becoming less relevant, and as G-house pioneers Amine Edge & Dance tell us, “We are in the middle of what we can call the ‘Shuffle Generation’—kids listen to every genre and put the Shuffle mode on their iPod.”

“I think music is evolving constantly, and if we call it just hip-hop or just electronic, we might be leaving out all the producers that are breaking new ground with new genres.”

It’s not just music fans who are noticing this. Just last month, Do Androids Dance, a popular electronic dance music blog, was shut down and merged into urban media giant Complex, which covers hip-hop extensively and also owns the rap-focused Pigeons & Planes blog. 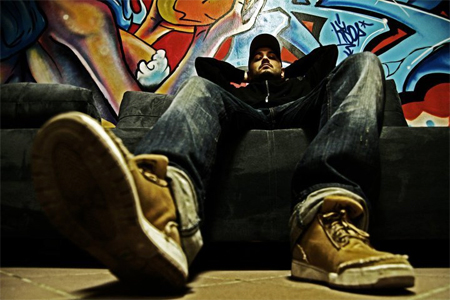 So what does the future hold for these two realms? With increasing collaborations and producers expanding their arsenal of musical stylings and techniques, both hip-hop and electronic music are heading toward an exciting space of considerable ambiguity. It’s an opportunity, as electronic/glitch-hop artist Gramatik says, “to expand your production skills in different genres and tempos. You learn how to produce more complex sounds.” He adds, “I think music is evolving constantly, and if we call it just hip-hop or just electronic, we might be leaving out all the producers that are breaking new ground with new genres.”

Still, purists will always try to define musical styles, and their sense of pride and impassioned ownership is often well-intentioned. But in the end, music is music. To dismiss hip-hop and electronic music’s shared history and collaborative relationship ignores the infinite potential of musical cross-pollination—a foundation of much of modern music, and surely a keystone for future music to come. It may be a stretch, but in a world of global conflict and religious extremism, perhaps we could learn a lesson from hip-hop and electronic music’s relationship: Coexistence doesn’t demand stripping or bastardizing your identity; it’s simply an avenue for both parties’ untapped growth.

If You Like Kaskade, Datsik, Pretty Lights or Nicole Moudaber, You’ll Love…