Nathaniel Rathbun, aka Audien, has had quite the past couple of years. Ever since his breakthrough release “Rise and Shine” dropped in 2009, the Mystic, Connecticut, native has taken the progressive house world by storm. With cosigns from the likes of Above & Beyond, Armin van Buuren and Tiësto, Rathbun has already enjoyed a considerable career at a very young age.

I recently had the opportunity to sit down with him before a gig, and here’s what he had to say. 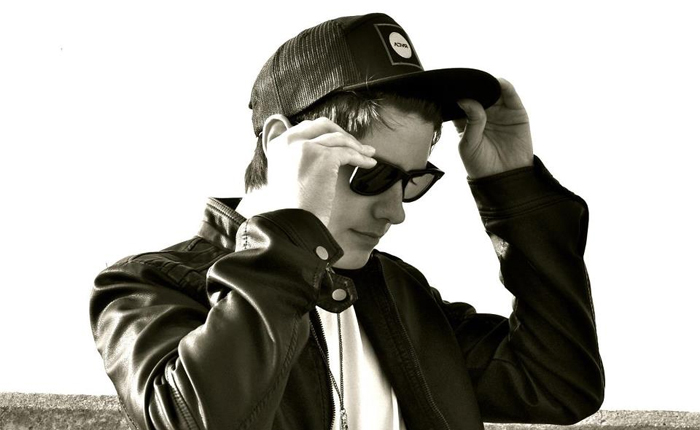 Tell me a bit about growing up in Connecticut and your first experience with electronic music?
Connecticut is not really the most interesting area—a lot of trees and a little bit of ocean. But my first experience with electronic music was when I was playing video games. That was really how I found out about a lot of it, through all these movies and video games that I would play. I sought out how to make these kinds of tracks, and I downloaded Fruity Loops and went at it. Me and my friends would do it on the weekends, and now we are here.

“Production is my first true love. I do, however, enjoy occasionally cheating on it with DJing.”

What were some of the video game soundtracks that inspired you to get into producing?
Dance Dance Revolution, Counter Strike, World of Warcraft.

What was the first event in the area you went to?
My first show, I actually opened for Armin van Buuren at Roseland Ballroom, back when that was a thing. It was with this guy name Zack Roth. That was my first experience DJing. I actually had never been to a show before that.

That is quite the first show. Can you remember that moment when you felt confident that this was what you were destined to do?
Definitely. EDC Mexico last year was the biggest crowd I had ever played for. Right when I got onstage, I was like, “This is awesome.” I think I had a moment there.

Tell me a bit about the remix you did for the Michael Jackson track “Slave to the Rhythm” and how that came about?
The label just kind of randomly hit me up and really wanted a remix from me. They had something from Fedde Le Grand, and they wanted something with my type of sound. I think I have a good contrast to Fedde’s track. It was cool that he and I were the only people doing remixes for that release.

Tell us a bit about “Serotonin,” the track you did with Mathew Koma.
Obviously, Matt is killing it right now. He’s a fantastic writer and vocalist and has a strong sense of production. We sent him the track—which I’d already finished as an instrumental I’d been calling “Machina”—and back came a great song and vocal. I knew we had something right away. I’m also proud of the production on this one, because it’s a bit genre-bending.

What are some of the tracks you have been listening to lately?
I listen to everything, really. I have been loving Porter’s new album. I am a big fan of him as it is. I like to keep it pretty varied across the board.

Tell us a crazy story from the road.
Not crazy per se, but I just got back from a tour of India that was pretty mind-blowing. It was a complete culture shock, and I saw some of the best and worst of what the world has to offer. Overall, though, it was an incredible experience, and the crowds blew me away. Beautiful people, next-level food, and an infinitely rich culture that I genuinely enjoyed.

Is there any new remix you are working on at the moment?
Tons. I actually have a bunch of new original stuff I am working on. I have this new, bootleg-y remix that I am playing out now that is done and is really cool. It is a track that everyone would kind of recognize—it’s pretty much a 2014 bootleg of a classic.

What was it like having Above & Beyond pick your track “Wayfarer” for their opening track on their first-ever episode of their Group Therapy podcast? How did you find out?
I found out in the most organic way possible: listening to the show. I flipped out. This was a tipping point moment for me, no doubt. A&B are legendary, so of course having the opportunity to contribute to their world has been really fulfilling.

What has been your favorite gig of the year so far?
Tough call, but EDC Mexico, Nocturnal Wonderland and Paradiso have been standouts. I also loved my b-day show at Create.

What are some of your hobbies outside of dance music?
I watch a lot of Curb Your Enthusiasm and hang with my family.

Do you enjoy producing or DJing more?
Production is my first true love. I do, however, enjoy occasionally cheating on it with DJing.