Back in 2010, Canadian duo Zeds Dead were getting ready to play one of their first shows in an inconspicuous Toronto bar, though it wasn’t long before they were swept up in the full force of the EDM movement and touring the world. Several years later, the pair returned to their home of Toronto with the intention of launching their new DeadBeats Records label and recording their debut album, with the city’s underground scene having blossomed in the years since. 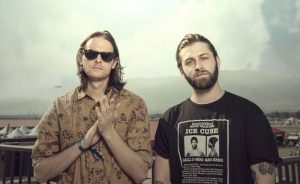 The duo’s return to record their upcoming Northern Lights album—as well as the vibrant music, art and cultural scene that has taken hold in Toronto—are all captured in a fantastic new mini-documentary that comes from the Smirnoff Sound Collective.

Much more than a standard promotional video, the doc speaks to fellow Toronto artists, dancers and nightlife historians, as well as including some intimate interviews with the duo’s families.

Watch the documentary above, and look out for Zeds Dead’s debut Northern Lights album, due to arrive on DeadBeats Records on October 14.

Blinded by the Northern Lights of Norwegian Disco