While the 2016 MTV Video Music Awards at Madison Square Gardens in New York on Sunday night might have been largely focused on the usual pop suspects like Britney Spears and Rihanna, the dance scene was still duly represented. The Chainsmokers were on hand to perform their #1 crossover radio smash “Closer” for audiences watching across the world. 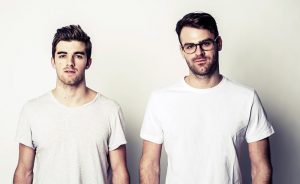 Check out the performance from last night’s ceremony above.