Just last week, the news broke that Daft Punk would be reissuing their iconic early single “Da Funk” as a beautiful gold vinyl, with the 1995-released song representing the first time the duo really shook the world up and made it take notice. So, it’s timely that this week sees the surfacing of some incredibly rare live footage of an unmasked Daft Punk playing that very same year. 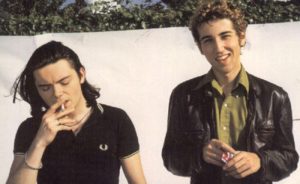 While the footage was originally published last year, it cropped up on Reddit this week and quickly caught fire among music fans. It shows an early incarnation of the duo dropping acid to a warehouse crowd at France’s Carros Festival in 1995.

Indeed, “Da Funk” gets a whirl in all its glory. Watch the footage above.