This year it was announced that US house stalwart Erick Morillo and his Subliminal Records were becoming part of the Armada Music family, and recently Morillo fronted up at their HQ in Amsterdam for the launch of their Armada Invites live-streaming series. 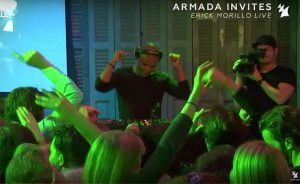 A recurring event that takes place in Armada’s own in-office Amsterdam club, the concept features exclusive artist showcases in an intimate setting. Last month’s performance from Morillo can now be enjoyed in full, and Armada has confirmed that Armin van Buuren himself is up for the next edition of Armada Invites when it returns on Tuesday, June 7.

Mike Hawkins Announces Next Move as He Joins Armada Stable